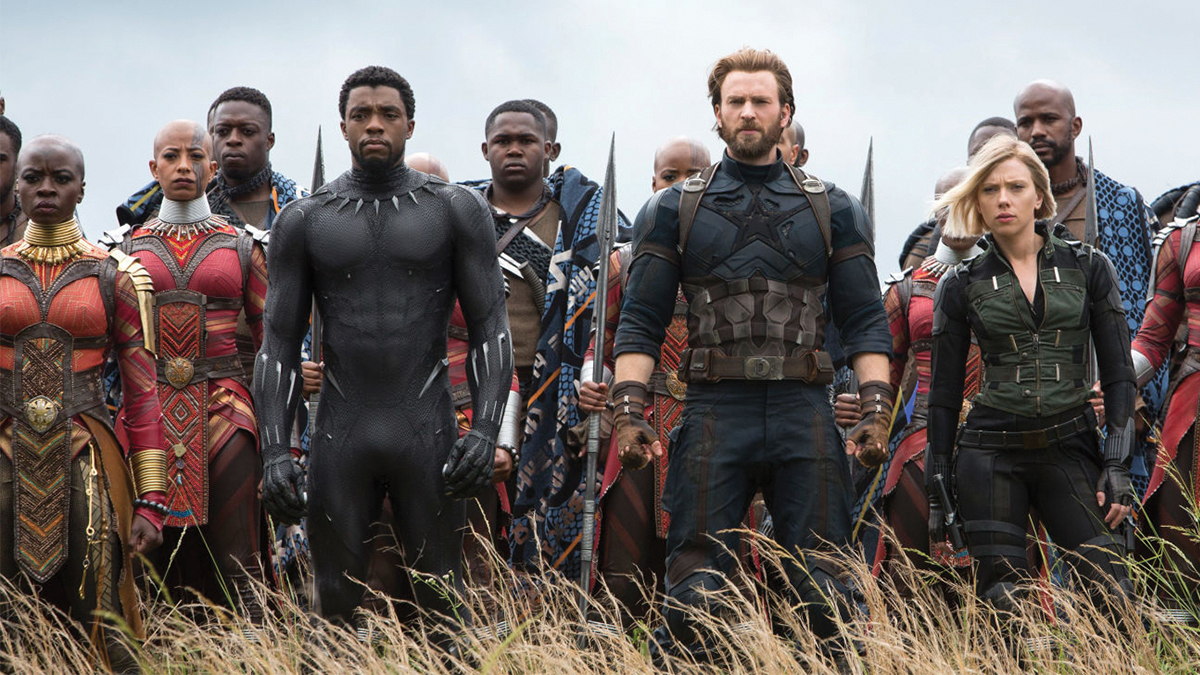 Preposterously large, purple, and full of wrath, the villain in Avengers: Infinity War—the destroyer of worlds, Thanos (Josh Brolin)—reveals his philosophical reasons for wanting to prune the universe. Hearing him out, the magus Dr. Strange (Benedict Cumberbatch) is unimpressed: “Congratulations, you’re a prophet.”

This is but one of dozens of styles of grace under pressure here. It’s all about courage in various modes: headstrong idiots like Chris Pratt’s Peter Quill; the Vision (Paul Bettany) resigned to his potential fate; the unsuperpowered Black Widow (Scarlett Johansson) pitching herself into a fight with a monster; Peter Parker (Tom Holland), still an eager, fearless kid who ends up clinging to a spaceship before he’s had a chance to think it over; and Robert Downey Jr.’s Iron Man—Nanotech-Suit Man now—who has mortality hanging over him like a cloud.

Somehow the most satisfying style is the mad confidence of Thor (Chris Hemsworth). How genuinely stirring to see him wave away the warning of a Jack Kirby-worthy giant dwarf (Peter Dinklage) that a certain ordeal is suicide: “It will kill you!” Thor’s noble response, “Only if I die!”

Avengers: Infinity War is all over the map from deep space to Wakanda to the U.K.—there, Paul Bettany’s The Vision and Elizabeth Olsen’s Scarlet Witch toss a henchman of Thanos all over Durham Cathedral. Yet, despite the shifts of scene, the dozen-and-a-half leads, the changes of mood from comic to lethal—from colossal fight scenes to the Avengers’ usual battlefield backchat—the Russo Brothers’ adventure seems solidly entertaining and surprising.

The flavors of this multi-movie sundae blend beautifully. And there isn’t that sense of the ride coming to an end as soon as the big final fight commences. The Russos seemingly always have something to cut to—some new angle on this mad multiverse fight as Thanos tries to gather essential jewels for the gauntlet he needs to complete his omnipotence.

It is the first half of a two-parter—always a bringdown. The movie has infinity in the title, but there’s a sense of limits coming up. Given the roster of entertainments to come, we may be facing in 2018 what 1968 was to spy movies: a complete saturation, structures so big that they can’t be topped.

Previous ArticleIs Barre the Next Zumba?

Next ArticlePatricia Davis Shares the Secrets of the Perfect Loaf