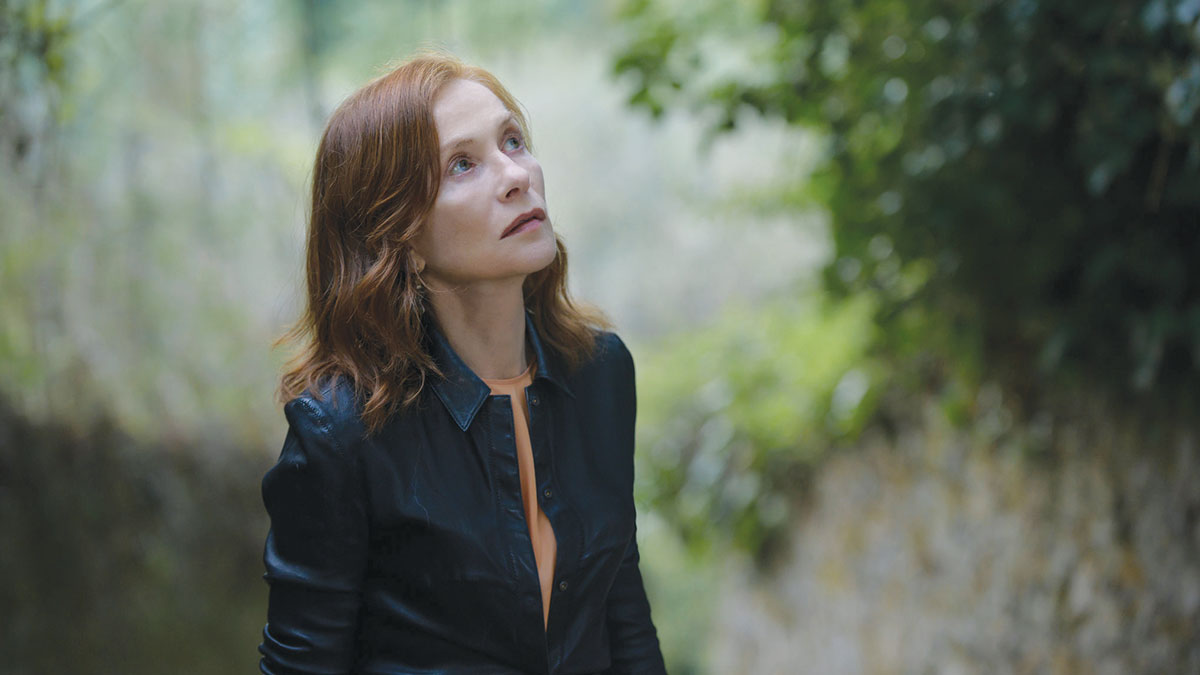 The historic town of Sintra, in Portugal, looks like a splendid spot for a vacation. Ancient stone buildings, castle-like villas, cobbled streets and lushly forested walkways abut a rugged seacoast and wide, white sandy beaches. It provides a very inviting setting for a bittersweet family reunion in director Ira Sachs’ Frankie, a wistful fugue in a very minor key about life in transition and the impermanence of now.

Sachs made a thoughtful tone poem of the coming-of-age story Little Men a few years ago. But despite its good and game cast, led by a regal Isabelle Huppert, Marisa Tomei and the great Brendan Gleeson, Frankie never comes together in quite the same way. The mood is increasingly elegiac as events gradually play out, to the point that much screen time is devoted to characters gazing in silence out into the middle distance, lost in their own reveries—which too often invites the viewer to do the same.

Francoise, nicknamed Frankie (Huppert) is a renowned French film actress taking stock of her life. She is gathering friends and family for what is apparently a one-day pow-wow in Sintra. Her devoted second husband, Jimmy, is an Irishman she met on a film set. (It’s an oddly tamped-down and reactive role for Gleeson, who is usually capable of making such a vibrant connection with the audience.) Also invited is her ex Michel (Pascal Greggory) and his boyfriend. Michel’s coming-out ended their marriage, but he and Frankie and Jimmy remain on friendly terms.

Frankie and Michel’s footloose grown son Paul (Jeremie Renier) has not quite gotten his life together to his mother’s satisfaction. Jimmy’s daughter Sylvia (Vinette Robinson) is having issues with her husband, Ian (Ariyon Bakare), creating friction with their teenage daughter, Maya (Sennia Nanua). Also high on the guest list is Ilene (a warm, earthy Marisa Tomei), a film hair stylist who has become one of Frankie’s closest friends. Frankie shamelessly hopes to pair up Ilene with Paul; unfortunately, Ilene arrives with her boyfriend Gary (Greg Kinnear), a movie cameraman trying to make the leap into directing.

It’s interesting that there are no scenes where this entire group convenes. Instead, the story is told in small, random encounters between various characters wandering around the grounds or in town, a series of little sides in search of an entrée. From these snippets, we piece together why Frankie has gathered them all (not that it’s ever much of a secret), a point brought home in the movie’s long, lingering, poetic closing shot of the setting sun gradually staining the sea with a shaft of gold as the characters look on from the bluff.

Frankie is full of these small moments, but the big picture often escapes Sachs. In the middle of it all, there’s an odd scene of an 80th birthday party for a buoyant and lively woman we never see again, surrounded by a group of laughing friends. Frankie is right there by her side, smiling wanly, distractedly, as the celebration fizzes all around her. The honoree’s exuberant monologue illuminates an aspect of Frankie’s own situation, but as simple storytelling, it’s confusing. Who is this woman, and why is Frankie there on the one day she’s supposed to be spending time with her gathered family?

The movie is so naturalistic in tone, the conversations so organic, so attuned to the way real people talk to each other, that it doesn’t feel scripted. But that’s not necessarily a good thing in this case, in that the narrative lacks dramatic momentum. There are moments when we understand that deeply felt emotions are being conveyed, but Sachs keeps everything so subdued, at such a stubbornly low-key register, that we don’t feel them as deeply as we should. Instead of the quiet epiphanies we hope for, the movie more often fosters an unfortunate sense of ennui.

Next ArticleViva La Posta; Plus Gastro Gifts to Impress