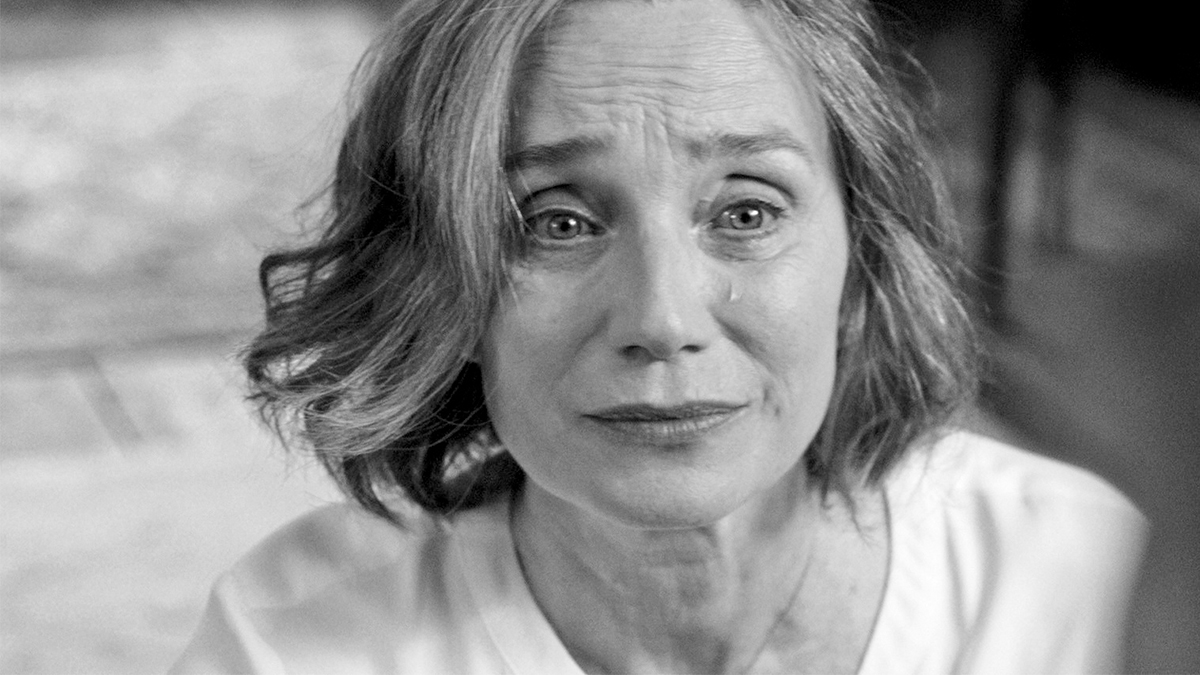 Back in the Late Pleistocene Age, when I was an infant critic, one of the first movies I reviewed was an acerbic Australian black comedy called Don’s Party. I had to admit the portrait of suburban Sydney sophisticates gathered together to drink, flirt, argue politics, and expose weaknesses, while sleeping with each others’ partners, left me cold. “Just wait till you’re older,” warned my friend, Nancy, with all the portent of a threat. “Then you’ll get it!”

Well, I’m older now—way—but the poison cocktail of cynicism, disillusion, backbiting and sexual skullduggery, as served up in Sally Potter’s The Party, is still not exactly my thing. It’s not a remake of the Australian film, but it shares the same bleak, sarcastic worldview—and considering how bleak the world is at the moment, maybe bitter laughter is the only sane response. To Potter’s credit, her cast is mostly flawless, the movie is visually striking, and she keeps the narrative humming along at an intense clip throughout its fleet 75-minute running time.

Still, there’s an off-putting artificiality to the whole enterprise. Unfolding in real time, within a minimalist set—three rooms and the patio of a London flat—the movie feels not so much stagebound as hermetically sealed. The characters don’t converse, they sling zingers back and forth, and if you’ve seen the trailer at least once a week for the last two months, like I have, you already know all of the punch lines —so that all-important element of comic timing, surprise, is missing. But, worse, the movie never transcends its own artifice to give us something more meaningful to ponder. It’s content to be a bright, shiny bauble.

The title refers to a celebration being held in honor of, and hosted by, Janet (Kristin Scott Thomas), newly appointed Health Minister for the opposition party (another way to interpret the title, although political alliances are never specified). She’s in the kitchen, fielding congratulatory calls and texts, while her befuddled husband, Bill (Timothy Spall), spins the old blues chestnut, “I’m A Man,” on the turntable as their guests arrive.

First up is the odd couple of waspish April (Patricia Clarkson), Janet’s oldest friend, and her current boyfriend—a touchy-feely, meditating, self-described healer, Gottfried (Bruno Ganz). April, who considers herself a lapsed idealist (“back when we thought somebody in power might listen”), is now content to chip away at everyone else’s foibles. Like “wanker banker,” Tom, an obscenely wealthy Yank businessman (Cillian Murphy, mostly keeping his Irish accent in check), whose absent wife is Janet’s deputy.

Tom decries the others’ professed disdain for money as “elitist,” and spends most of his time in the bathroom doing lines of coke to get through the evening. Meanwhile, rounding out the guest list is Martha (Cherry Jones), an academic who’s an old friend of Bill’s, and Martha’s girlfriend, Jinny (Emily Mortimer)—who’s just discovered she’s pregnant with triplets.

As the party wears on, agendas are revealed, secrets are divulged, friendships are frayed, and political arguments deployed, but the humor tends to be sour, and the jokes mean and cutting. There are still a couple of good surprises in the interpersonal relationships (they didn’t put everything in the preview trailer, thank heavens). But we don’t feel as shattered as we should when these friendships implode because it’s so hard to believe that any of these one-note characters with their often stereotypical attitudes were ever really friends in the first place.

Potter has always been a stylist, from the sumptuousness of her first film, the gorgeous Elizabethania of Orlando (adapted from the Virginia Woolf novella), to a contemporary film (Yes) delivered entirely in iambic verse. She shoots The Party in shimmering black-and-white, with plenty of contrast—dark depths and bright surfaces—to replicate, she says, the Marx Brothers and Ealing Studio comedies that inspired her.

Although to really pay homage to these mentors, her humor would have to be a little warmer. And funnier.

Next ArticleKarma Khana: The Pop-Up with Good Karma