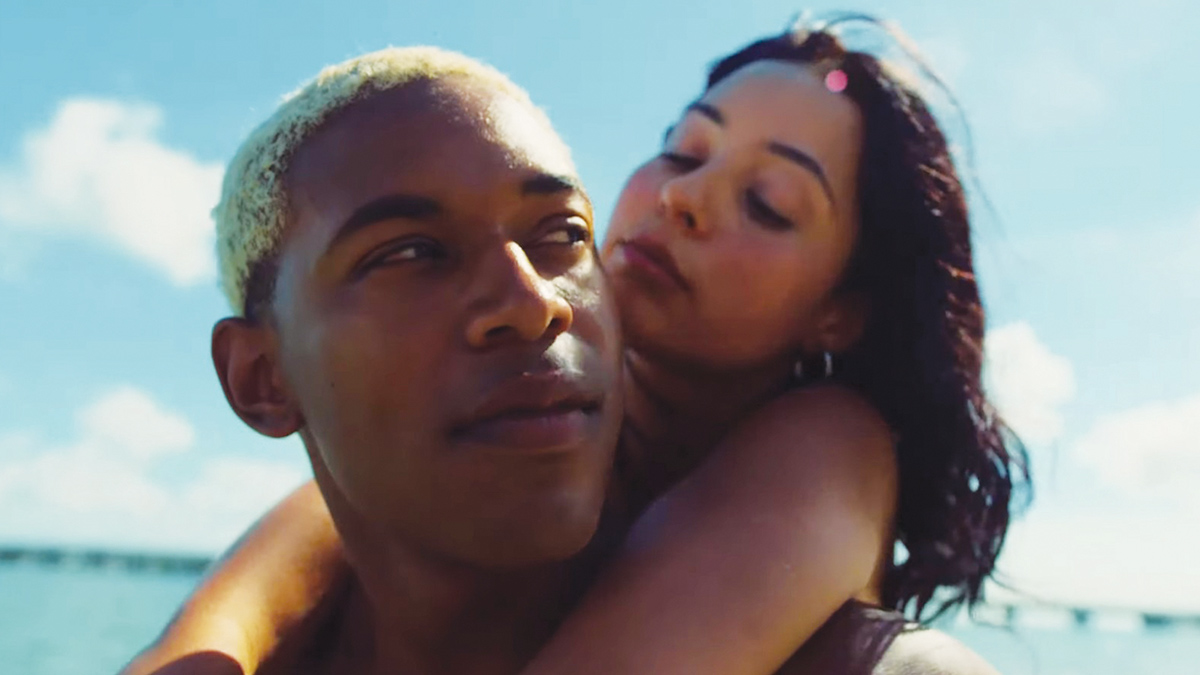 No, it’s not a surfing documentary—unless you want to make some strained metaphor about riding the waves of life.

But the gripping domestic drama Waves is an often-fascinating piece of filmmaking that encompasses euphoria, tragedy and every conceivable emotion in between in depicting a solid American family unit sliding in and out of crisis. The movie is written and directed by Trey Edward Shults, who establishes himself as a filmmaker worth watching with a particular voice and viewpoint.

While some incidents in this story of a middle-class black family in South Florida seem like they could have been torn from screaming headlines, Shults humanizes everything with his skilled and careful attention to the personal relationships that guide our lives—between parents and children, siblings, and couples both new and long-established. The story is often intense, but Shults’ characters are so involving, and his filmmaking so astute and focused, that he keeps us reeled in.

Shults plunges us into the middle of everything with a long, careening opening montage of daily life for high school senior Tyler (an excellent Kelvin Harrison Jr.)—reckless driving with his girlfriend, Alexis (Alexa Demie); wrestling practice at the school gym, with his coach’s ferocious motivational speeches; spatting with his kid sister, Emily (Taylor Russell). Their dad, Ronald (Sterling K. Brown), runs his own contracting business, for which his warm, loving wife, Catharine (Renee Elise Goldsberry) does the books.

Ronald is a forceful presence in the family. He doesn’t let his kids get away with any drama, makes sure they get to church (where the sermon is on love and forgiveness), and behave with respect. His standards are demanding, but he has a close relationship with his only son, whether they’re arm-wrestling at the diner after church or working out in their home gym, where he dispenses advice and philosophy. “We can’t afford the luxury of average,” he tells Tyler. “We have to work twice as hard.”

Although the plot hinges on major events, the movie draws its power from the accumulation of small details. Much of the story is told from Tyler’s viewpoint (which means that there’s a lot of reeling camerawork, neon colors and loud, throbbing rock music). He faces issues with Alexis, gets some bad news that might jeopardize his wrestling, and starts sneaking his dad’s painkillers.

As the movie cruises along, there are plenty of moments when it all might explode. But Shults keeps us guessing about when and how that explosion will come, while, in the meantime, we become more involved with the characters and how their stories might play out. And because we don’t know exactly where it’s going, we feel what finally pushes the family to the breaking point even more keenly.

The cast inhabits their characters beautifully; we never feel like we’re watching actors at work. With the dynamics between them constantly evolving, one false note could throw the whole thing off-balance, but everything here rings true. Russell is especially impressive as kid sister Emily. Mostly in the background at first, until a tender, pivotal scene with Tyler, she emerges with quiet poise and unexpected strength as the movie’s focus shifts to her.

Like a composer for opera or musical theater, Shults creates a recurring theme for each character in terms of mood—serious and a bit edgy for Ronald, frenzied and hormonal for Tyler, wistful serenity for Emily. Sometimes their inner soundtracks clash, but sometimes tentative harmonies emerge.

Some moments in Waves are difficult to watch, but that’s the trade-off for a movie that delivers this much emotional intensity. It wouldn’t affect us so deeply if we didn’t care so much about these characters.

Next ArticleLove Your Local Band: Come Fly With Me