.Love Your Local Band: Come Fly With Me 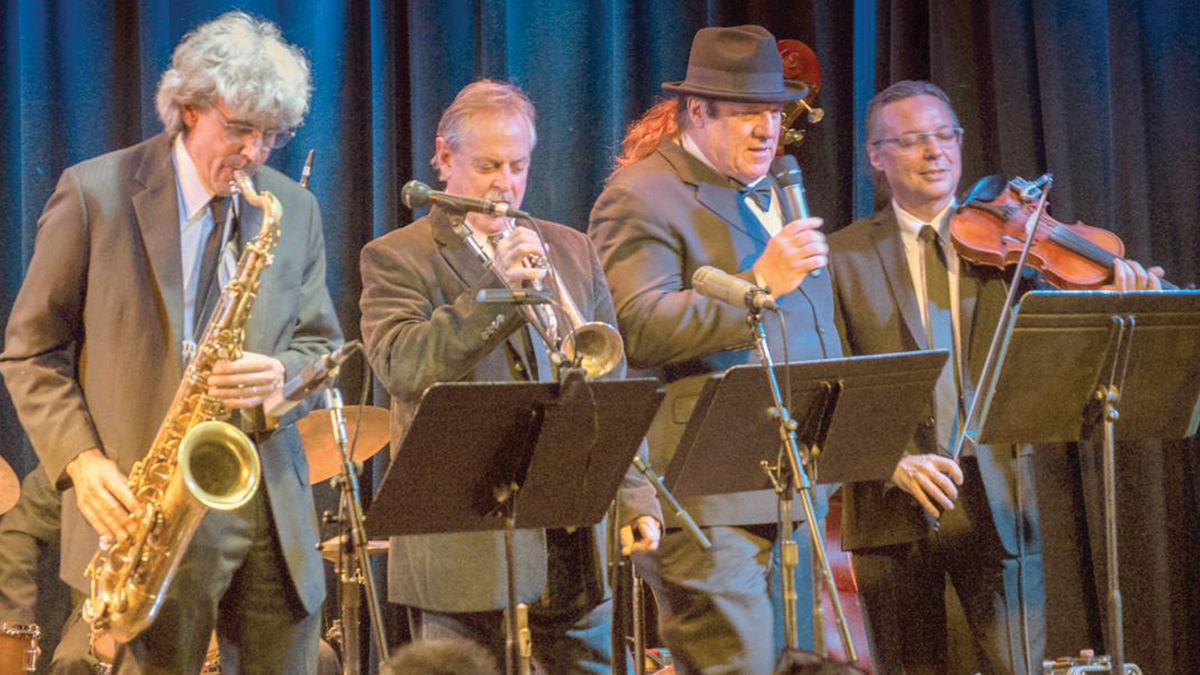 For more than 10 years, John Michael has been performing the music of Frank Sinatra solo and with various groups. In 2016, he approached local pianist Will McDougal about putting together a legit band to give the gift of Sinatra’s music to Santa Cruz. Come Fly With Me was born.

There was only one problem: Sinatra was always backed by huge orchestras. McDougal put his mind to work on transposing those fantastic, big-band pieces so they’d be just as snappy played by a seven- or eight-piece band.

“We try to stay as close to the original arrangements as possible,” McDougal says. “Sometimes it’s like choosing which kid you like more. You only have two horns. It’s about staying true to the parts everybody knows. But also to feature the singer.”

The group’s first show was in July 2017. They’ve since done a special Valentine’s Day show, because nothing says romance like the music of the Rat Pack. But there’s also something distinctly festive about Sinatra. That’s why Come Fly With Me is doing their first ever Christmas-themed show.

“It seems that Christmas is the time that jazz becomes modern again,” McDougal says. “There’s people that listen to jazz all year long, but for the normal population, you start hearing it in the mall and on the radio more around the holidays. Everybody likes those Rat Pack Christmas carols.”

Come Fly With Me will play two sets; all Christmas songs first, featuring tunes from Sinatra’s 1958 album Christmas Songs By Sinatra, as well as other holiday favorites from Nat King Cole and Bing Crosby. The second set will be classic Sinatra songs—the ones you’ve been waiting all year to hear.

Next ArticleHuxal Mezcal Brings the Smoke