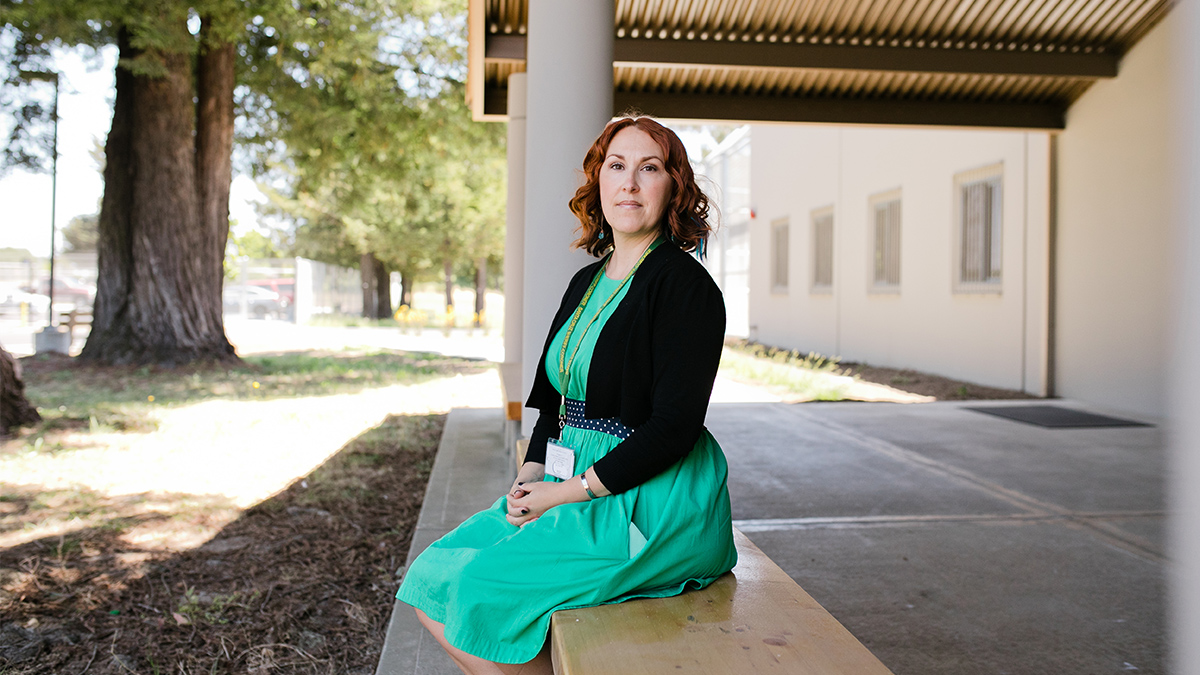 Former Santa Cruz Mayor Cynthia Chase is moving away from the county she’s called home for the past 20 years.

Chase, who recently left her post as the inmate programs coordinator at the Santa Cruz County Sheriff’s Office, is moving to Oakland, now that her husband Howard Heevner has taken a job at UC Berkeley.

But Chase says the job isn’t the only reason they’re leaving. If she and Heevner weren’t moving to Oakland, they would likely be leaving for New Orleans, a city they both love that also offers lots of nonprofit work, Chase says.

A social worker by trade, Chase served on the Santa Cruz City Council from 2015-2018. She made affordable housing a hallmark of time on the council, turning her one-year term as mayor in 2017 into the “year of housing.” She subsequently served on a subcommittee that turned community suggestions into policy suggestions.

The idea of moving away now is bittersweet, she says. But in terms of housing affordability, Chase sees the City Council moving in the wrong direction.

“This is a council that is not interested in listening to and doing what the community wants,” she says. “Why would we fight to stay here? It just seems like it’s time to go.”

Sheriff Jim Hart, who was Chase’s boss at the county, says that he’ll be sad to see his friend leave, and adds that he’s working on filling her position.

In terms of local policy, one housing vote that shook Chase’s confidence in local leadership was a 4-3 decision from the City Council regarding a possible plan to increase density on Santa Cruz’s busiest streets.

Chase says that last year, she and her then-colleague councilmembers Sandy Brown and Martine Watkins put a lot of thought into their Housing Blueprint Subcommittee recommendations. One decision they made was not to prioritize building along the corridors, because Chase had heard community concern from residents of the Eastside, Midtown, Seabright, and the Ocean Street area. That unfinished policy, sometimes called the Corridor Zoning Update, had been several years in the making to bring the city into compliance with its own General Plan.

Now, the City Council is killing the corridor plan, and Planning Director Lee Butler has said that he’ll have to devote staff time to winding that down, instead of focusing on housing affordability.

Starting in 2017, more than two years’ worth of work went into the housing subcommittee’s recommendations—along with long hours, late nights and hundreds of comments. By contrast, only one member of the public commented about the corridors, at the quiet afternoon meeting when the City Council’s four liberal-most members took a surprise vote to kill the plan.

The toughest part for Chase was that Brown made the motion to ax the plan.

“It was terribly, terribly disheartening—and, I think, a message to the community that she and the others that voted for this don’t actually care about affordable housing,” Chase says.

Brown, who identifies as a proud defender of affordable housing, says she doesn’t believe that killing the plan will actually take much staff time. And she says she heard repeatedly from residents who live near the transit corridors who worried they would be impacted by new development.

Due to California’s anemic rates of new construction, Gov. Gavin Newsom has called for 3.5 million units of new housing, a campaign announcement spurred in part by findings from the state’s Legislative Analyst’s Office on the state’s housing shortage.

While Santa Cruz has done a better job as of late building market-rate units than building affordable ones, the city doesn’t have many options right now to pay for affordable housing. The state still hasn’t created an alternative to redevelopment, which it axed eight years ago. And a local housing bond failed to get the required a two-thirds vote at the ballot last November.

Partly in an effort to address housing affordability, Brown notes that the council has re-upped the amount of affordable housing that developers are required to build in new housing complexes back to its previous level. In general, finding the right balance has proved contentious.

In 2017, a consultant told the city that its affordable housing requirements—often known as “inclusionary housing” rules—were too high, arguing that the threshold was getting in the way of needed development. The council had lowered the requirement from 15% to 10% in most parts of town last year. The council, which shifted left in the 2018 election, opted to raise the requirement back to 15% after facing a lawsuit from two activists.

Brown has now proposed the idea of raising the requirement to 20%. She isn’t sure that raising inclusionary affordable housing requirements will help the market for renters, but she wants to try.

“The short answer is that we don’t know that raising the affordable rate is going to lead to more affordable housing,”  she says. “What we do know is that the private market isn’t going to make it happen on its own.”

On homeless issues, Brown says the city hasn’t made as much headway this past year as she would have liked. She plans to sit down with City Manager Martín Bernal to discuss finding ways to make sure the city has adequate room at local shelters. “We have a serious problem in that we have not made a lot of progress in making sure that we have sufficient shelter space,” she says.

Chase, who served on the Homelessness Coordinating Committee in 2016, believes the council has repeatedly gone in circles on homeless issues this past year. That approach, she argues, is hurting those most at risk. “We are a kind and just community, generally speaking,” Chase says, “and yet we continue to do things that just screw over our least-resourced members of the community over and over and over.”

This past Sunday, homeless activists reopened the controversial Ross camp behind Gateway Plaza and the Ross department store six months after the city disbanded it.

Chase and Heevner still plan to foster children, something they’ve been discussing for more than a year. Chase says they’ll be starting the process over in Alameda County.

During her final days in Santa Cruz, Chase is candid in her critiques of city leadership under a majority that includes Brown and Vice Mayor Justin Cummings, as well as councilmembers Chris Krohn and Drew Glover—both of whom are facing a recall effort.

But Chase has her doubts about the notion that a recall is a good way to address the city’s problems. She says she’s watched the political discourse in Santa Cruz grow increasingly toxic, and that community members with kids in particular have told her they don’t feel comfortable at City Hall these days, where vitriolic remarks from angry audience members in the council chambers aren’t uncommon.

Until something changes, she says,the theatrics will also dissuade qualified potential council candidates from running. She herself opted not to run for re-election last year.

Chase thought that a new Charter Amendment Committee, which began meeting in 2018, had a chance to change the culture. But the new council killed the body at the start of the New Year.

“There has got to be a change,” Chase says. “This can’t feel good to any member of the council. It can’t. I can’t imagine anyone is loving chaos. That’s certainly not what governments are meant to do.”

Next ArticleSanta Cruz Gives 2019: A Guide to Holiday Giving