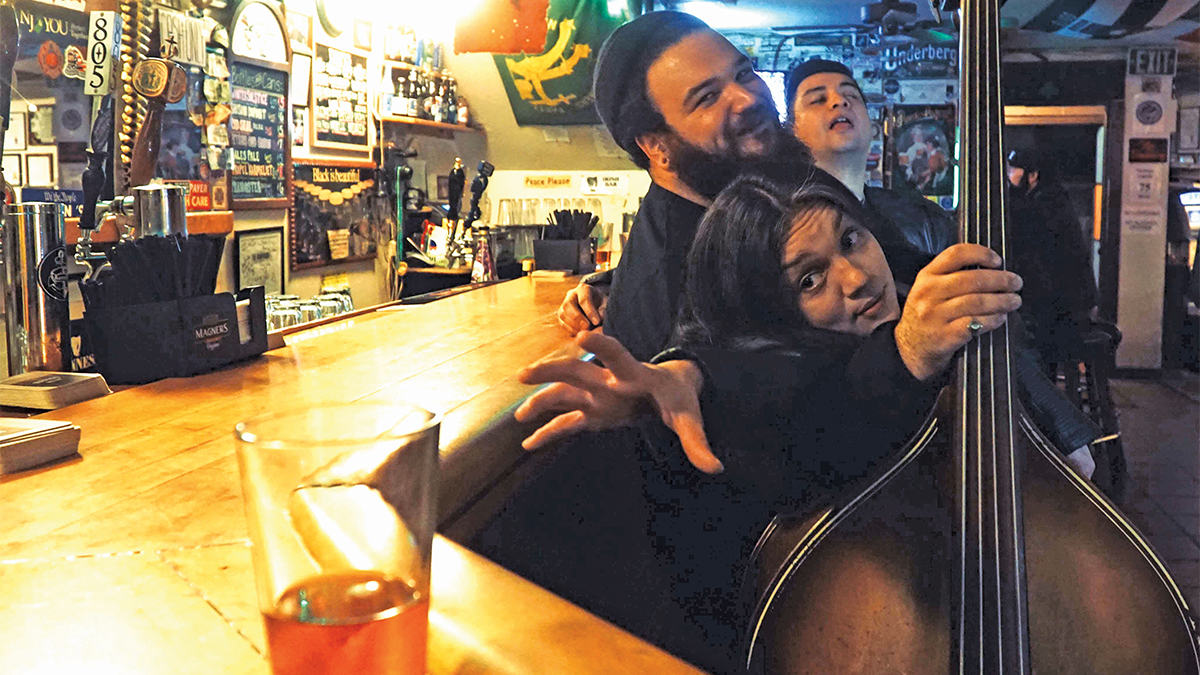 [dropcap]S[/dropcap]udden. Tremendous. Explosive. These are the rough English translations for the word fulminante, and the best descriptions for the powerful music behind the local three-piece act that bears the name. They are a melting pot of sound, marinating rock ’n’ roll with a cabinet of flavors from jazz and Latin to surf and even a dash of reggae.

“We don’t want to be pigeonholed,” says bassist Paul “Wolfman” Grimm. “People always say, ‘Oh, you play upright bass? You must play rockabilly or jazz.’ No, I play music.”

“It’s important to us because we all grew up with different kinds of music,” agrees drummer Josue Monroy. “I think it’s especially important in our current political culture with so many minority populations feeling ostracized.”

The result is a bold mix of catchy songs that range from headbangers to romantic melodies that leave you dancing under the moon’s soft glow. I’ve personally witnessed strangers to the band see them once and leave as their biggest fan. But for those hardcore doubters, the magic can be heard on their debut, 2016 self-titled EP—or wait another week or two for the first single off their debut full-length.

“We’re going to do it in a series of singles first,” explains guitarist Brenda Martinez. “And then release the whole album.”

While there is no exact date as of yet, that isn’t stopping the Fulminante engine from powering forward. Not only do they have a shows at the Appleton Grill on Feb. 1 and at the Crepe Place on Feb. 9, but they are already planning their first video—of the latest single, “Torn.”

And trust me, after hearing a couple of advanced tracks, the wait is well worth it. Recorded locally by Olav Tabatabai at Noise Eater Recordings, the songs are crisp with clear production quality. Tabatabai managed to catch their live energy on the tracks, an elusive quality that remains a constant struggle for many.

“He’s a great engineer who had a lot of input,” says Monroy. “He was really into the project.”

“And he has a great mustache!” says Martinez.