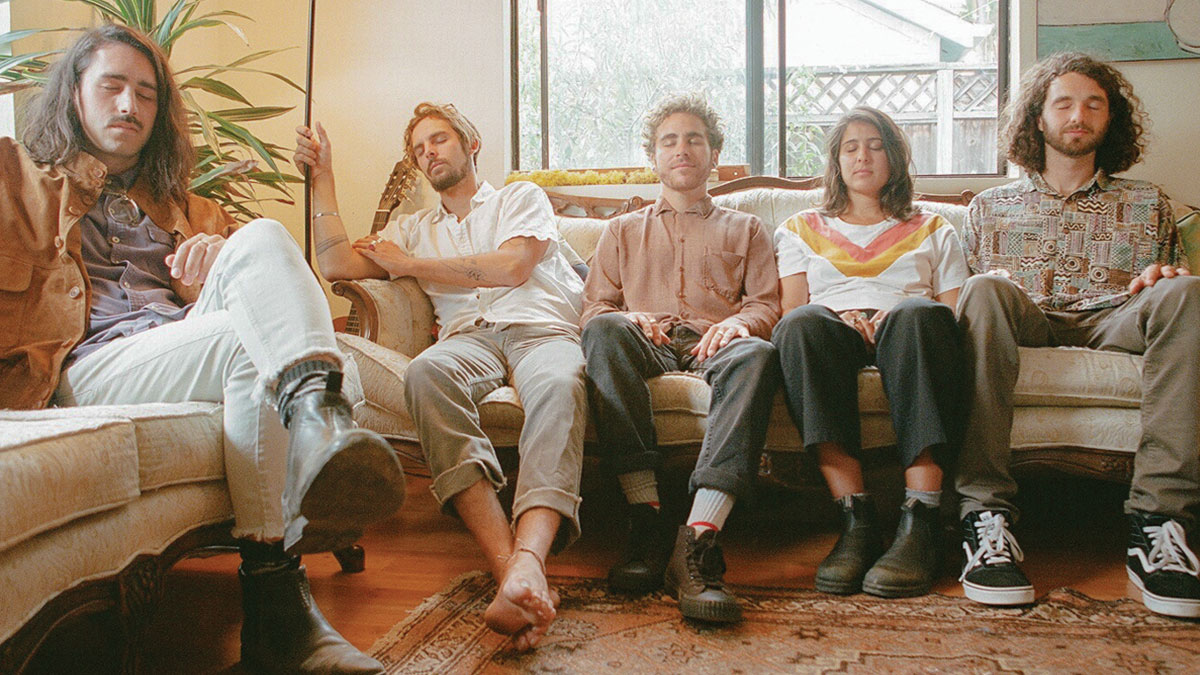 In early 2018, Kai Killion thought he was going in the studio to record a simple EP for his Santa Cruz dream-pop band Getaway Dogs, which he would release three months later. He did go to the studio, and some of the songs came out quickly. But he couldn’t stop the flow of ideas.

This EP wanted to be an LP, something more deeply produced and nuanced than he’d ever released. On Sept. 27—a year and a half and 500-plus hours of work later—the Getaways Dogs’ sophomore LP Belong was released.

“With this album, I was trying to bring it back to the roots of what I do,” Killion says. “It’s pretty acoustic. From there, we would throw in electric guitar, synth, percussion, vocal harmonies, sound effects—part of the process of layering and experimentation.”

Six year ago, Killion released his solo album Mermaid Legs & Getaway Dogs. These were songs he’d written on the guitar. But the music combined psychedelic textures, along with danceable rhythms, often influenced by Brazilian music. He figured he should make it a band, borrowing the name Getaway Dogs from the album title. Four months after the album’s release, Getaway Dogs were gigging around town.

In the years that followed, members rotated in and out of the band. He’s juggled the identity of his band as an expression of his solo songwriting, and as the result of his musical interactions with whatever musicians happen to be playing with him at any given time. Belong is the natural extension of this duality, and the best version of it. Belong takes the same elements from his solo album—acoustic meets psychedelic meets danceability—and blends it all in a seamless way.

“It’s definitely in this gray area between a solo project and a collaborative project,” Killion says. “Ultimately, it’s my vision, but people see it as a band more than they see it as Kai Killion. And the guys and the gals in the band get to express their truth as artists and musicians.”

One consistent element for Getaway Dogs, besides Killion, is producer Lucas Heinel, who has recorded and produced all of the post-Mermaid Legs releases. He’s also an integral member of the Getaway Dogs live outfit on the synthesizers and percussion—often simultaneously.

Since Belong was recorded in Heinel’s home studio, it gave Killion ample time to explore sounds and textures without having to think about the cost of studio time. Musicians came and went, some playing on several songs, others just contributing one part on a single track.

“We brought our friend Travis [Gibbs] in to play trombone on two of the songs. Joe Kaplow played banjo on a song. Bobcat Rob played organ on a song,” Killion says. “It turned into this big, crazy project. A lot of collaboration, for sure.”

The process also gave Killion the freedom to approach the record more with a singular theme, something he hadn’t done in the past. He’d felt really bothered by the political and social events of late: the new horrifying developments in climate change, iPhone addiction, mass shootings, and the Trump presidency.

“It’s a cathartic expression of this madness, and a reaction. [It’s] also offering hope,” Killion says. “It’s supposed to ground the listener. It goes on this journey, and there are all these psychedelic heavy moments. And there’s calm, stripped-down moments that are medicine for anxiety.”

A major point of the record is to show that all of these problems, whether information overload or the impeding climate collapse, are issues that affect everyone, no matter political affiliation or social status.

“I’m not a total New Age person, but I definitely believe in energy. I believe in a collective consciousness,” Killion says. “Music is meditative healing. It’s not a protest, political kind of thing. Let’s be present. Let’s be thoughtful. Let’s take care of each other. More on that kind of thing.”

Next ArticleGrateful for Each Other, Grateful Together: Risa’s Stars Nov. 27-Dec. 3