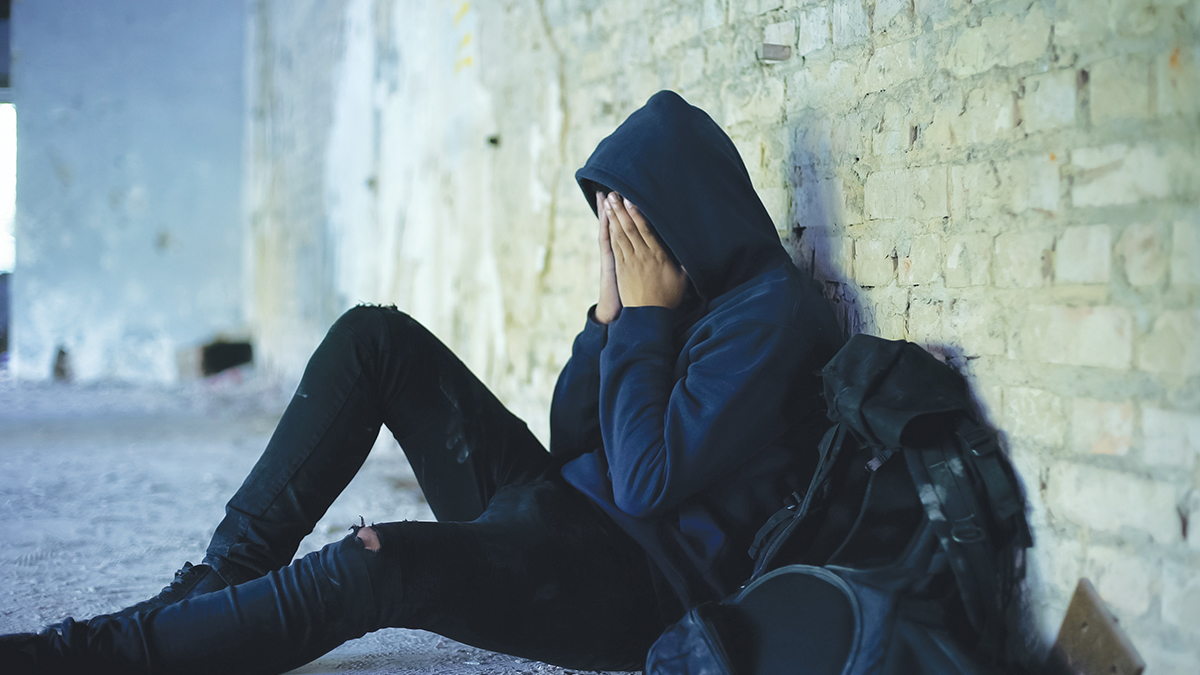 In addition to the 30 hours that he spends each week serving burgers and fries animal-style at In-N-Out, Alejandro Mayorga is a San Jose State student. He’s studying sociology with an emphasis on community change.

Mayorga transferred from a community college in the Southern California city of Inglewood and hopes to graduate in the spring. Last year was Mayorga’s first as a member of the Student Homeless Alliance (SHA), an organization that seeks to call attention to the plight of homeless students and campaigns for meaningful action. The coalition has made headlines in recent months by camping outside on college campuses and calling on school administrators for change. It’s part of a larger statewide movement spotlighting the needs of struggling students—especially those attending class in high-rent areas like San Jose and Santa Cruz.

A 2018 survey  of 43,000 students at 66 institutions in 20 states by Temple University and the Wisconsin HOPE Lab found that a quarter of college students skipped meals or cut portion sizes because they couldn’t afford enough food.

The lack of stable nutrition is a growing problem in the University of California system, where two in five students are food-insecure, and 19% experience “reduced food intake at times due to limited resources,” according to a 2016 report.

More and more students are having to choose between eating and learning as colleges nationwide scramble to open food pantries and resource centers.

And according to the 2018 CSU Chancellor’s Office Study of Student Basic Needs, 13% of SJSU students experienced homelessness in 2017. SJSU has the highest population of homelessness in the 23-campus California State University system with 4,300 homeless students.

The SHA has three main demands of SJSU, which were enumerated in a Change.org petition created nine months ago.

The group is calling for a minimum of 10 parking spots in a parking garage for safe sleeping—an increase from the five to seven spots that the SJSU administration agreed to last July but has yet to enact. Organizers also want a minimum of 12 beds where unhoused students may stay up to 60 days (an expansion from the two beds for two weeks that are now offered). Lastly, they’re calling for $2,500 emergency grants for students to remain in housing if they cannot afford rent.

This year, SHA members have also connected with homeless advocates, visited homeless encampments and provided water and other services to those in need. Part of the group’s campaign last year involved setting up booths that offered hot cocoa, granola bars and mini-donuts to students.

Recent SJSU grad Mayra Bernabe, who served as president of SHA for the past academic year, worked these events and talked firsthand with students experiencing food and housing insecurity. Through these conversations she met many students who had faced housing insecurity or homelessness in a previous semester.

“That was really eye-opening for us,” says Bernabe, who got involved via a social action class, where she learned about the prevalence of homelessness and hunger among the student population.

In Santa Cruz, the City Council considered quickly passing a number of homeless-related measures this past winter.

Some of the proposals involved expanding overnight parking options for homeless individuals, with Councilmember Drew Glover eyeing one of UCSC’s Westside administrative buildings as a potential site. A university memo argued that the site wasn’t suitable, and stated that it was evaluating locations for its own overnight sleeping proposals.

The city’s policy ideas stalled in the face of stiff neighborhood opposition, largely due to a perceived lack of community dialogue about the issues. The back-and-forth process led the council to create a Community Advisory Committee on Homelessness that’s charged with studying a bevy of solutions.

At UCSC in May, the Academic Senate, a legislative body of the school’s faculty, voted to support the creation of a safe parking program for students. More than 1,300 supporters have signed on backing that approach.

Organizers in San Jose have found that one of the hardest parts of trying to find solutions for unhoused students is that most don’t talk about their experience with homelessness until it’s over.

While the SHA petition received more than 1,200 signatures, a petition on the same site opposing a proposed homeless shelter in San Jose received more than 3,800 signatures. A commenter on this petition wrote: “Crime, criminals, drug use, needles belong nowhere near an elementary school and where a park is. Put this in an industrial area.”

Although their demands have not been met, SHA members met with SJSU administrators, who pledged to provide a centralized location for SJSU Cares, a resource hub for students dealing with hunger and homelessness.

Mayorga, the sociology major, is hopeful for resources, but he won’t be holding his breath. “I think we are heading in the right direction, but we are just moving extremely slowly—at least at the rate of the problem, the way it’s going down,” he says. “We want to bring in resources.”

Next ArticlePot Growers Scramble as Sheriff Steps Up Enforcement