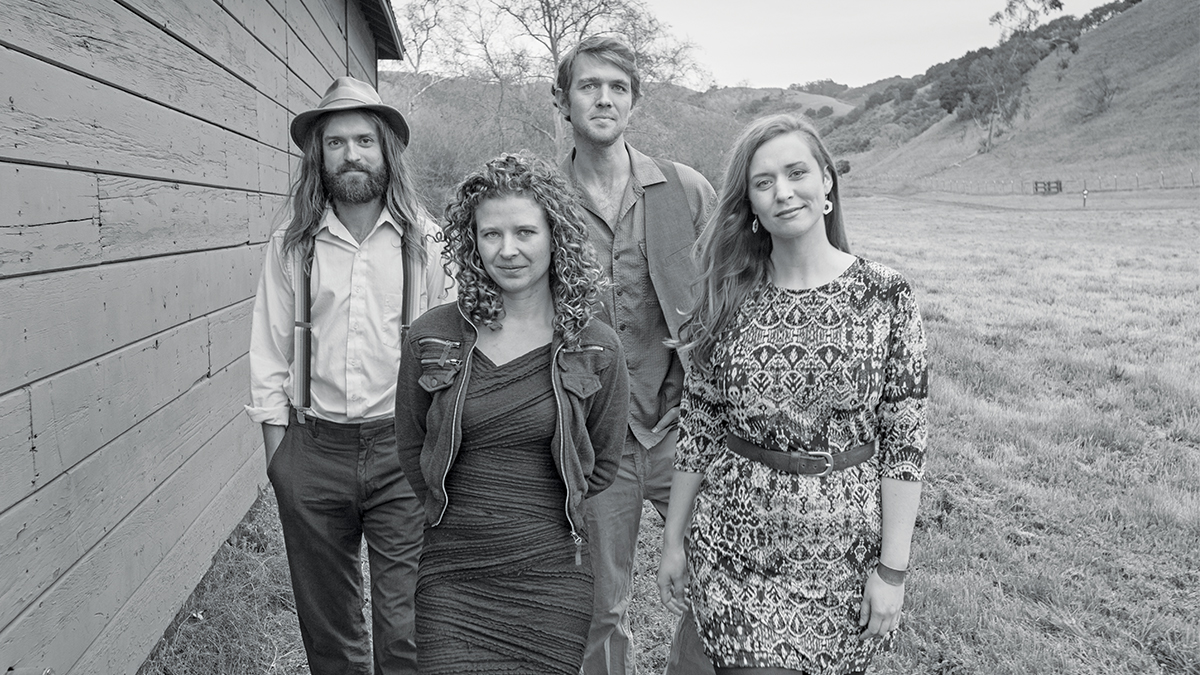 Jacob Martin studied acting in school, and lived for a while in Los Angeles, where he gave his dream of being a professional a shot. He did get some work, but something unexpected happened that was much more magical: he discovered his passion for music.

“I always enjoyed writing little ditties,” Martin says. “I felt a lack of creativity. Songwriting came in and filled that void. Songwriting was a way for me to stay connected to myself.”

He ended up in Loma Mar, outside of Pescadero, where he worked as a naturalist. While rehearsing for an open mic up there, friend/co-worker Joshua “Bobcat” Stacy overheard him and offered to play with him. Quickly, other friends in the area like Maranda Duval (vocals, percussion) and Emilie Lygren (piano) joined the ensemble.

“The songs became something I never expected. They felt a lot more artsy,” Martin says. “Before, it felt kind of country, like straight-up folksy. Now it feels like something pretty unique and special.”

Now a resident of Bonny Doon, Martin is drawing from personal experience as well as memories of his childhood home in West Virginia in his songwriting—and his acting experience, too.

“Acting is all about storytelling. I use songwriting as another way to explore that,” Martin says.