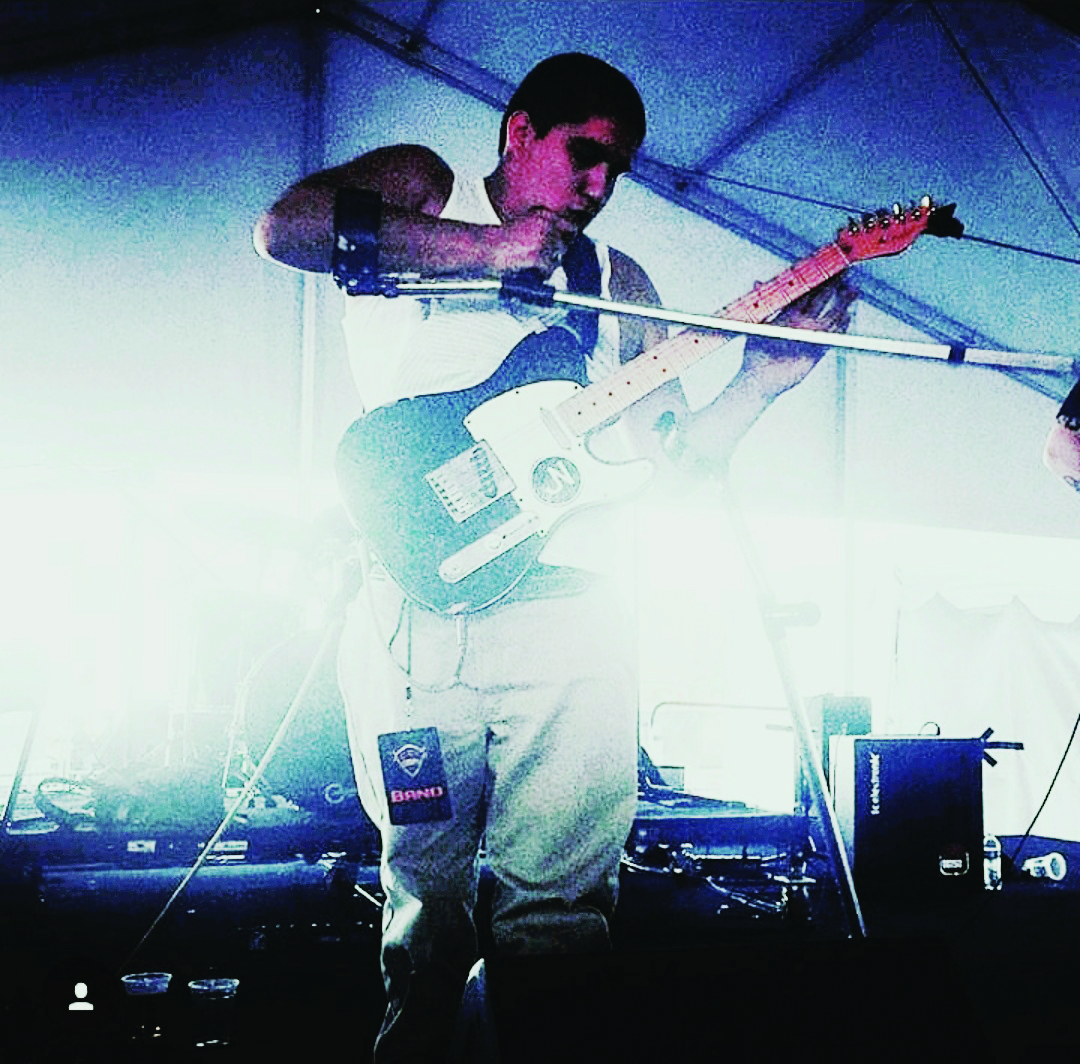 Jake Nielsen is well aware that there’s no cure and not really any treatment for cerebral palsy. The 32-year-old will likely have to use crutches or a wheelchair for his entire life, since the disorder affects his legs and hips—his hips are so riddled with painful bone chips he needs a hip replacement. But this isn’t a sad story. It’s a story about music, perseverance and a forthcoming career landmark.

When Nielsen picked up a guitar for the first time 20 years ago, transcendental energy radiated from those six strings into his hands. He spent hours studying legends like Buddy Guy and Muddy Waters, teaching himself pentatonic blues scales and chords.

“Early on, I’d play open mics in San Jose and San Francisco, and I was just a sponge soaking up all those brilliant guitar players,” he says. “That’s really how I learned.”

Jake Nielsen’s Triple Threat took flight 15 years ago, and the Aptos blues-rock trio has logged thousands of touring miles since. Nielsen is accustomed to the skeptical looks when he first walks into clubs on crutches. But when the group begins, any lingering uncertainty dissipates—Nielsen shreds with the intensity of Stevie Ray Vaughan. He has to sit for most of the performance; sometimes, he stands for solos, just to prove to the audience that he can. During one of the group’s earliest gigs, his crutch accidentally hit his guitar, and the inadvertent slide effect has become a signature move. Nielsen likens the sound to a car shifting gears. Fans go nuts, though; it has a dissonant appeal similar to Tom Morello’s use of a screwdriver or Allen wrench on his ax.

“Anyone can play guitar, but it’s hard to get people to feel [the music],” Nielsen says. “Your heart and soul have to be in it. It’s hard enough to make it as a musician, but I have to work even harder.”

Even if it’s only for two hours, Nielsen forgets about the CP; his focus is on the connection forged with the audience. It’s cathartic. Many shows went nearly three hours nonstop on a recent tour spanning from South Lake Tahoe down to San Luis Obispo. Sometimes, Nielsen wants to keep performances going all night; for the sake of his bandmates’ sanity, he hasn’t gone that far—yet.

When Nielsen isn’t on stage, he sits at his computer, shooting off emails to organizations, offering his time to talk to others with disabilities. He’d like to be an ambassador, someone who encourages people to use their art as a tool for healing. Recently, Nielsen received a response from Daniel’s Music Foundation, a nonprofit that showcases talented musicians with disabilities. They asked him to enter a video of a Triple Threat performance to be considered for its annual Danny Awards. From there, everything moved faster than Eddie Van Halen’s finger-tapping. Nielsen was voted “Fan Favorite” out of hundreds of submissions. He, his band (bassist David Palmer and drummer Kyle Talty), and his wife Ashley and their two kids, 10-year-old son “Baby” Jake and 8-year-old daughter Lily, are being flown out to New York City—it’ll be their first time in the Big Apple. In addition to receiving the award at a large Manhattan symphony hall, Nielsen’s Triple Threat will perform B.B. King’s “Everyday Blues” with a punk twist and the crutch slide, of course, to close the event.

“I feel like people are recognizing how hard I work and how much I put into my music,” Nielsen says.

The band’s full-length debut Everyday Thing is set to drop sometime before summer, then the group will set out on a countrywide tour with gigs already on the books for Nashville. Another place Nielsen has always wanted to go. So, the hard work will continue without any signs of slowing down. Nielsen wouldn’t have it any other way.

The Danny Awards Livestream is on Saturday, March 19, 1-3pm. danielsmusic.org/thedannys/2021/register. Most expenses are covered, but not all. Visit gofund.me.d895fdc8 to assist Nielsen. jakenielsenstriplethreat.com.

Next ArticleThings To Do in Santa Cruz: March 16-22