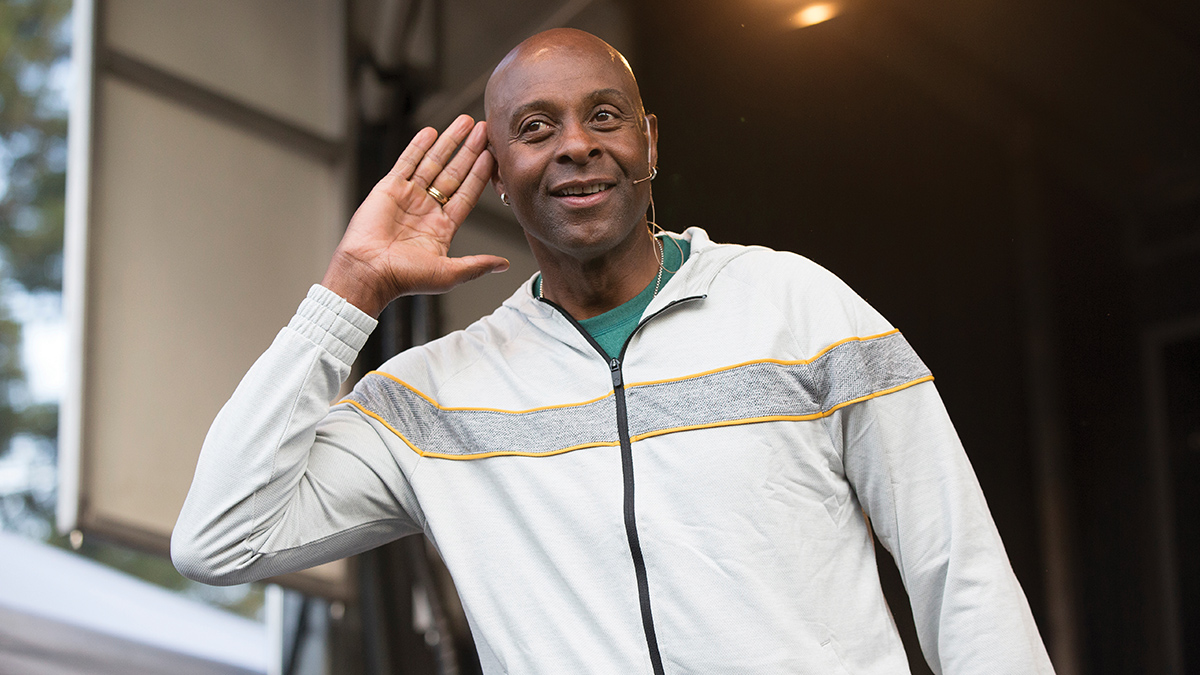 Nine years after being inducted into the NFL Hall of Fame, it’s safe to say that retired wide receiver and bestselling author Jerry Rice has a different perspective on the game of football than what the average sports writer might offer.

In 2015, Rice released his first historical book, co-written with author Randy O. Williams. That New York Times bestseller, titled 50 Years, 50 Moments, laid out a chronology of the Super Bowl, which was celebrating its 50th birthday. Out of those many championship matches, Rice played in four of them, with his San Francisco 49ers winning three. Rice even took home the big game’s MVP in 1989. So he knows something about the Super Bowl.

Williams and Rice’s new book, America’s Game: The NFL at 100, covers a century’s worth of history of the league, and Rice played one-fifth of those years. But Williams never thought of the book in quite that way, nor did Rice himself.

“I approached it as a fan of the game,” Rice tells me, via email, looking back on the project ahead of a Bookshop Santa Cruz signing on Nov. 7.

Rice, who collaborated with Williams by going over all the material over the phone, loved diving into the research. The legendary wide receiver read up on the evolution of the passing offense, as well as the careers of game-changing greats like Don Hutson, a Green Bay Packers split apparently end known as the “Alabama Antelope.” The process additionally served to strengthen Rice’s passion for NFL rivalries.

Of his 20 seasons, Rice spent 19 of them playing in the Bay Area, most prominently with the Niners, and later in Oakland, where he spent more than three years as a Raider. In his prime during the 1980s and ’90s, the Niners’ dynasty repeatedly clashed with that of the Dallas Cowboys, creating a rivalry for the ages with on-field battles that Rice relished. He says his team played some of their best games against the Cowboys. “I loved the challenge,” Rice says.

Williams says Rice’s viewpoint was invaluable to the books, as both include some first-person narratives woven in.

“But even more so, it’s knowing what the players went through, because he lived it. That’s the greatest thing that Jerry brought to the project was knowing what to ask and what insights to look for,” says Williams, a Fremont native who grew up as a Chargers fan, “right under the nose of the Raiders,” as he puts it. (Williams confesses, by the way, that he has fond teenage  memories of ditching high school to go to the Santa Cruz Beach Boardwalk.)

For the new book, Williams dug into the backstory of unforgettable moments and big games, like the Ice Bowl game, and also David Tyree’s late-game “helmet catch” from quarterback Eli Manning in the New York Giants’ historic Super Bowl XLII against the New England Patriots.

Another one of Williams’ favorites was the 1968 “Heidi Game” between the New York Jets and the Oakland Raiders, a riveting, high-scoring game that got cut off as the network switched to the television movie Heidi, about a girl living in the Swiss Alps. The abrupt change infuriated New York audiences, Williams says, forever changing how games are broadcast. It also almost led to some NBC executives losing their jobs.

The sport of football is in a different place than 16 years ago, when Rice retired. And with the NFL looking back on 100 years of history, Williams isn’t worried about the future of a league that’s facing increased scrutiny for its injury risk, as well as for the long-term dangers posed by repeated head trauma.

“The NFL’s taken the lead on all concussions,” Williams says. “I’m confident the public’s gonna decide. Just look at the TV ratings and the billions that are still demanded for the rights to it. It’s still a huge part of our pop culture. And I’m sure the NFL will figure it out.”

Jerry Rice will be at Bookshop Santa Cruz for a signing of his new book on Thursday, Nov. 7, at 6pm. Each $32 ticket comes with one hardcover copy of ‘America’s Game’ and admits a group of up to four people. Due to time constraints, there will be no posed photographs or signatures of memorabilia. For more information, visit bookshopsantacruz.com.