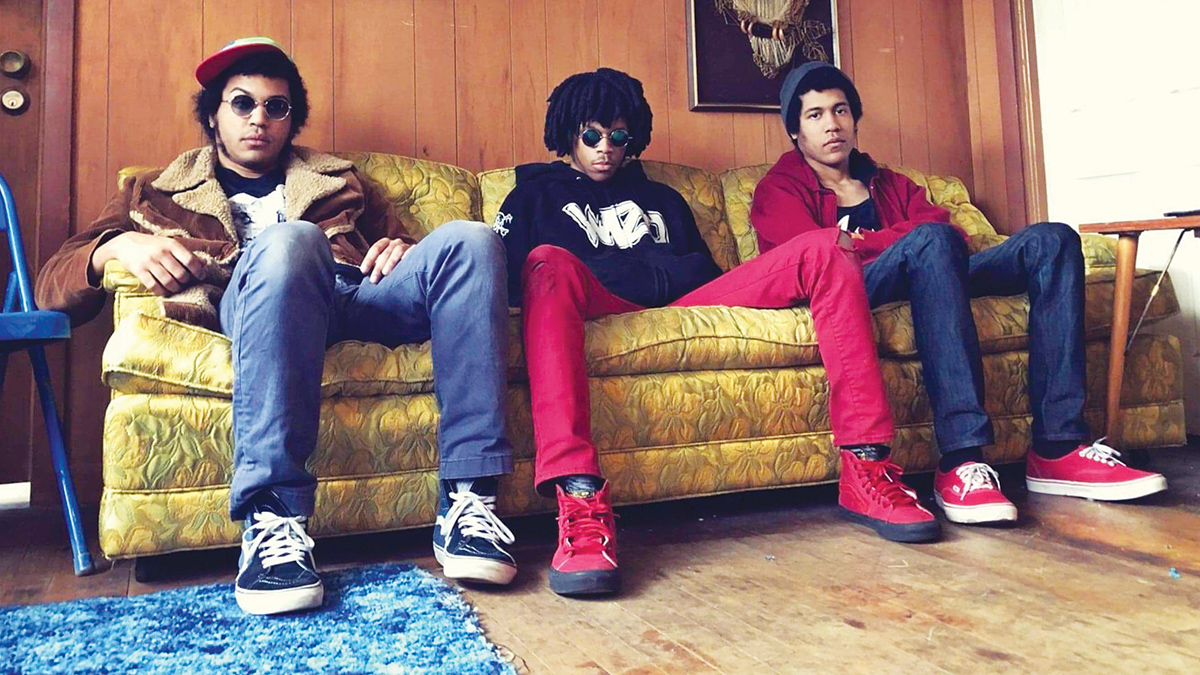 Earlier this year, Missouri rock trio Radkey released the No Strange Cats EP. It’s the group’s most diverse record, with each song sounding like it belongs on its own album—there’s hardcore (“Spiders”), classic rock (“Junes”) and emo-pop (“St. Elwood”).

“Every song is its own big thing, with a lot of sections,” says bassist Isaiah J. Radke III. “That was something new we hadn’t done before. We ended up hitting the studio so we could keep on the road.”

The group has focused on touring the past few years after aggressively pushing their second album, 2016’s Delicious Rock Noise, which was a re-issue of their 2015 debut album Dark Black Makeup. The release of Dark Black Makeup was supposed to follow up two successful EPs and help them jump to the next level, but their label didn’t do much for them.

“They didn’t care,” Radke says. “We had to spend a good amount of time on the re-release just so it wasn’t wasted. It cost a lot to make. We can’t just put it out and not have it do anything.”

Their new label, Another Century Records, did care, and helped the group push it hard. They got songs on the radio, and the album charted on Billboard rock charts for 20 weeks, peaking at No. 23.

You can understand why they wanted to make sure it had a chance to find an audience. They went into the release of their first LP already a buzz band. The group of brothers, who grew up listening to their dad’s vast rock album collection—he now manages them—were inspired by the film School Of Rock. It took awhile, but eventually that seed manifested into the rock trio they are now. At their first show in 2011, they opened for Fishbone. Shortly after, their explosive set at SXSW piqued record-label interest, but they ended up self-releasing their first two EPs on their own Little Man Records.

It was a filmed studio performance of mid-tempo acid rock song “Cat and Mouse” that caught the attention of a larger audience online.

“That really helped us get far, because people could get a visual and a sound and not be confused about what was going on,” Radke says.

The group often gets mistaken for a punk band, because they have some of those elements. But they are very clear that they are a rock band. It’s not just that they don’t want to be pigeonholed; they want to have the freedom to go in as many directions as possible.

“We don’t want to just be one thing. We want to appeal to a lot of different kinds of people,” Radke says. “We just say that we’re a rock band that does pretty much whatever we want. All it really has to do is rock. It could be anything as long as it’s got that element.”

The group is getting ready to release their long-awaited full-length follow-up to Delicious Rock Noise. Everything is recorded; they’re just shopping around for a label. This won’t be the hodgepodge collection of songs that No Strange Cats was. The vision is to create a very cohesive rock album that has a clear flow and makes you want to listen to it front to back.

“We were going for one of those old, really long rock records. We were going for something crazy cohesive,” Radke says. “We wanted to give people the feeling that once you put this record on, you go on this ride. It’s designed for that kind of experience.”