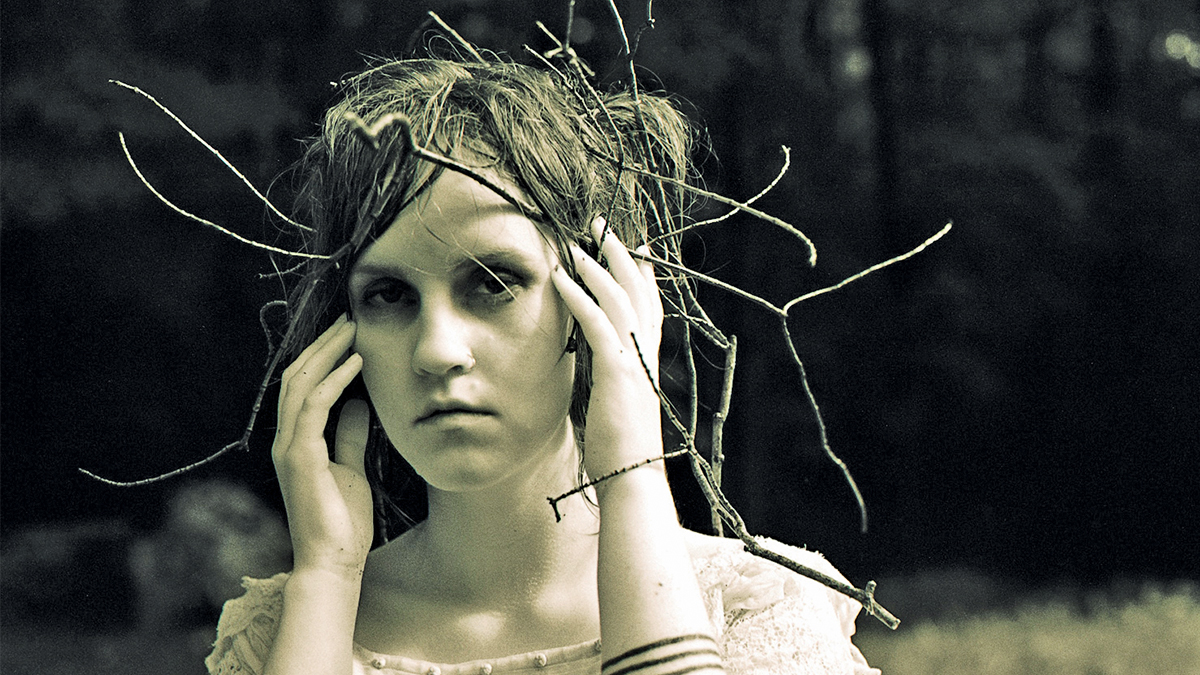 [dropcap]I[/dropcap]t’s no overstatement to say that Johanna Warren’s 2016 album Gemini I is one of the most inspired and moving folk records of this decade. Its nine songs are lush and hypnotic, even when they’re nothing more than guitar and vocals. And while there are moments that recall classics like Nick Drake, Fleetwood Mac, and Linda Perhacs, Warren never sounds like she is rehashing the past. Despite its timelessness, her music is very much current, often shocking in its direct and honest exploration of human relationships.

This week, Warren comes to Santa Cruz in support of her follow-up, Gemini II, a record which is intimately tied to the last. Also made up of nine songs, Gemini II was recorded during the same session as the first, the split nature of the two records only emerging throughout the process.

“I just went into the studio with like 20 songs, and I had no idea what I was doing with them,” Warren says over the phone, from her home in Portland, Oregon. “But it just kind of emerged bit by bit as I was recording. This whole concept just came into focus, where it was, like, ‘twins.’”

Warren describes both albums as inspired by her simultaneous relationships with two Geminis—one her romantic partner, the other her Tarot reader.

“It’s all about this triangular dance of relationship between points one and two of the triangle, and this third presence that emerges from that union.”

The tarot theme is enacted through the albums’ covers, which are stagings of the Lovers card (Gemini II) and the Devil card (Gemini I) from the Rider-Waite-Smith deck.

“The juxtaposition of these two cards really inspired me, because it’s the same two people but the scenery around them changes, and the energetic cosmic presence that is either emerging from their union or presiding over their union changes. And that’s something that I experienced in this very tumultuous relationship that I was in,” Warren says. “It brought me into contact with my own power as a creative agent of choice, and just the power of all of us as humans to manifest heaven or hell with our thoughts, words and actions. We can make things really awesome or really fucked up, depending on what we choose to do with our powers.”

No less beautiful than its twin, Gemini II includes some of Warren’s best material so far, including the haunting “inreverse,” a song whose lyric “some stories make more sense written in reverse” recasts both albums through an entirely different narrative—one which ends where it begins. Together, both albums form an enchanting, powerful whole, each made stronger by its mirrored image in the other.

A major theme of this tour is healing, and, in particular, the usage of plant medicine in healing. In every city she plays, Warren has invited local herbalists and healers to take part. In Santa Cruz, this will include a full-on group experience between the performers, the audience and the local herbalists.

“My tourmate and I will be leading a sort of guided plant/spirit infused healing meditation at some point during our performances,” Warren says. “We’ll be playing our traditional songwriter stuff as well, but then just kind of curating a sort of experience for people to reflect on our connections to nature.”

This seems especially refreshing at a time when the U.S. Secretary of State is a former executive of ExxonMobile, the Environmental Protection Agency is headed by a climate change denier, and an oil tanker carrying 136,000 tons of oil recently sank to the bottom of the East China Sea—the worst disaster of its kind since the Deepwater Horizon oil rig exploded in 2010.

Warren remains both purposeful and hopeful about the healing power of music.

“Nature made us, and we have made civilization,” she says. “We are creating it constantly as we go. We can change it all. All of this happens so relatively quickly. We can steer it in another direction.”