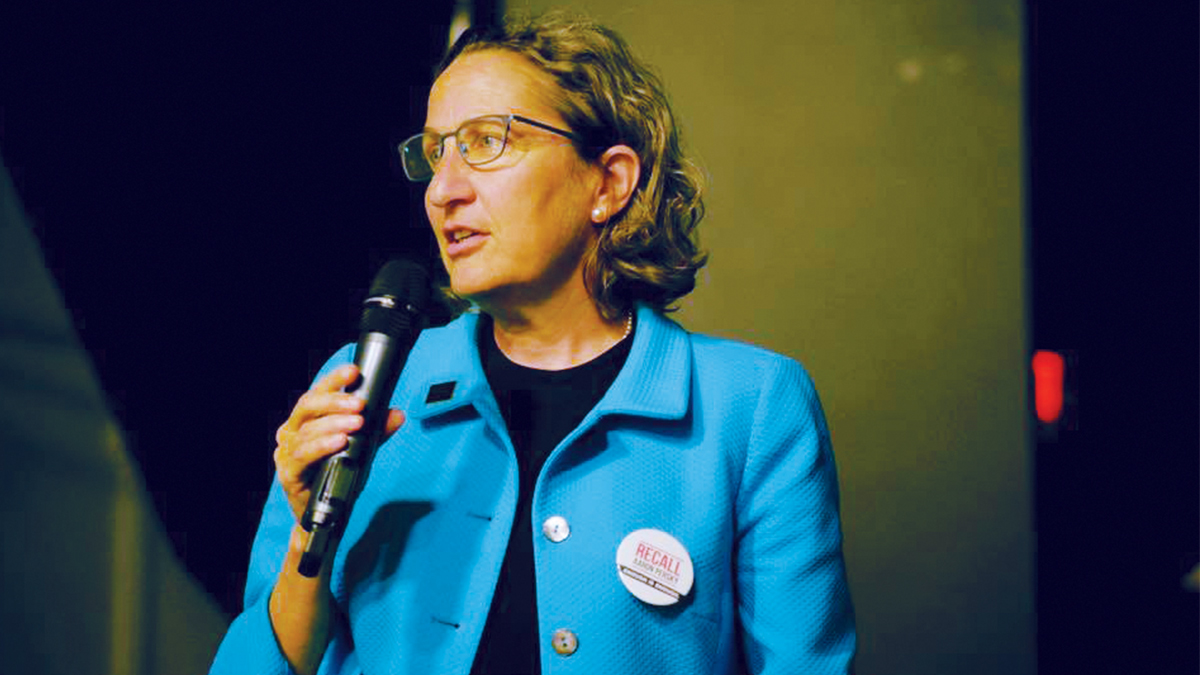 Propelled by one of the most high-profile sexual assault cases in California history and the momentum of the #MeToo juggernaut, the campaign to recall Santa Clara County Superior Court Judge Aaron Persky has become a well-funded referendum on sexual misconduct in modern society.

Whether that’s fair—not to mention whether voters actually understand how the June 5 election process works—is a much bigger question with implications for courts both inside and outside the area.

“It’s going to have a profound effect,” says Margaret Russell, a law professor at Santa Clara University and one of Persky’s supporters. “This is a campaign that is being talked about nationwide.”

Whether to recall Persky is just one of two questions voters will decide this spring. On the same ballot, Santa Clara County residents will be asked to pick a successor in the event that Persky is recalled—a vote that will count whether or not voters support the recall.

If successful, it would mark the first recall of a California judge in 86 years.

The campaign to depose Persky is rooted in the backlash to the penalty he imposed in the 2016 sexual assault trial of Brock Turner, a former Stanford swimmer convicted of three felony charges after two graduate students discovered Turner using his fingers to penetrate an unconscious woman near a dumpster after a frat party on campus. He faced up to a decade in state prison for the assault, but prosecutors asked for six years.

Instead, Persky went with a probation officer’s recommendation and sentenced then-20-year-old Turner to a six-month stay in county jail, three years of supervised release and lifetime registration as a sex offender.

The outrage was immediate, but it was too late to prevent an unopposed Persky from coasting to re-election five days after the sentencing hearing.

Still, everything changed for Persky. That summer, at least 10 prospective jurors refused to take part in a misdemeanor theft trial because of his ruling in the Turner case. A week later, Santa Clara County District Attorney Jeff Rosen, in what he called “a rare and carefully considered step” for his office, pulled the embattled judge off a sexual assault case. Finally, at Persky’s request, the courts reassigned him to the civil division.

Turner, for his part, walked out of San Jose’s Main Jail after serving half his time for good behavior.

The recall campaign has since devolved into a war of tweets, TV jabs and general campaign warfare. In some instances, the vitriol has turned into physical intimidation, like when the pro-recall campaign in February received an envelope of white powder, or when armed protesters periodically gathered outside Turner’s Ohio family home.

Through it all, Persky himself has issued just one public comment. Last summer, before the recall measure qualified for the ballot with more than 100,000 petition signatures in January, the judge submitted a statement to the county defending his record—saying that he “fought vigorously for victims” as a prosecutor and that, as a judge, he has been “required to consider both sides.”

At the forefront of the campaign to channel outrage about the Turner verdict into a successful recall is Stanford law professor Michele Landis Dauber, who now chairs the Committee to Recall Judge Persky. The committee has raked in more than $800,000 from Silicon Valley tech executives, women’s rights advocates and other donors in both the Bay Area and big cities like New York and Boston, Dauber says.

Among those to endorse the recall campaign are national figures like Anita Hill and U.S. Sen. Kirsten Gillibrand of New York. Adding to the momentum, Dauber says, was a letter from the victim in the Turner case that went viral just months before the #MeToo movement exploded following allegations of rampant rape and sexual assault in the entertainment industry.

The parallel to broader backlash against sexual assault doesn’t square, however, for some critics of the recall effort, who contend that kicking Persky off the bench for unpopular sentences would amount to judicial intimidation and represents an existential threat to independent courts.

“They’d rather have judges that respond to the mob,” says former Santa Clara County Superior Court Judge LaDoris Cordell, who retired from the bench in 2001 and is now one of Persky’s most vocal supporters.

As of the latest campaign filing deadline at the end of 2017, the anti-recall committee formally had raised more than $450,000. The donor list is a who’s who of the local legal community and judiciary.

“The fact that judges are more or less aligned behind their colleague is a powerful incentive for lawyers,” Dauber says. “It’s not surprising, but it is disappointing. I think the message that it is sending to women in particular is extremely tone-deaf.”

The furor over the future of the county’s judicial bench comes amid a wave of criminal justice changes positioned as ways to combat disparities in how poor people and people of color interact with cops and courts.

Now, Cordell says, the question is whether recalling Persky would encourage judges to dole out harsher sentences across the board, negating any sentencing or bail reforms that could help minority defendants in particular.

“The term ‘Persky’d’ is now being used by judges,” she says. As in, if a judge approves a potentially controversial plea deal or shows what could be perceived as leniency toward any type of defendant, that judge, too, could be subject to recall. Recall supporters argue that such political calculus is already part of the drill in a system where judges are elected by the public, but Cordell says the precedent would erode insulation judges are historically granted compared with other elected officials such as mayors or city council members.

One complicating factor is that both sides see themselves as progressive.

Dauber contends that the justice system is not “zero-sum,” and that mass incarceration can be overhauled while also increasing penalties for sex offenders.

Though Cordell told CBS News at the time of the Turner verdict that sentencing language deferential to the defendant was “basically code for white privilege,” she says the recall goes too far and that campaigners have distorted Persky’s record.

“Especially to women who think this is about #MeToo and white privilege; it’s not,” Cordell says. “It has been co-opted.”

Next ArticleFilm Review: ‘Finding Your Feet’