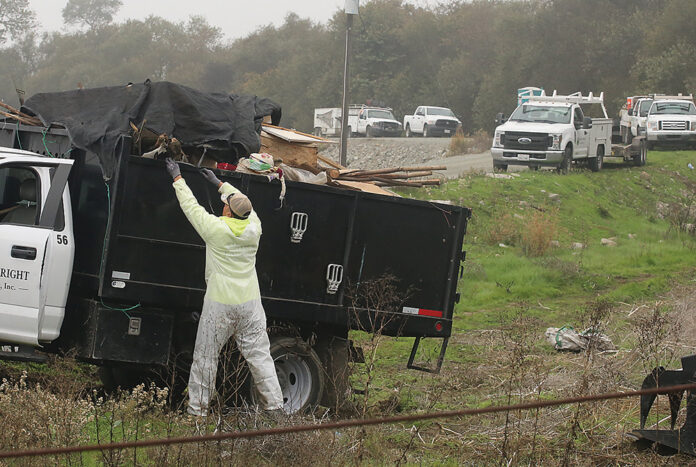 MONTEREY COUNTY—A federal magistrate has declined to issue a preliminary injunction that would have temporarily stopped Monterey County from evicting a group of people from an unsanctioned campsite along the Pajaro River Levee.

In her ruling, Magistrate Judge Susan van Keulen said that the plaintiffs did not show that being moved from the site put them in more danger than leaving them there would.

But van Keulen left in place a temporary restraining order, giving the county and the residents until Dec. 13 to get hotel vouchers and work out a plan to move them there, said Anthony Prince, general counsel for the California Homeless Union/Statewide Organizing Council, who is representing the homeless people.

Both parties will be back in court on Dec. 16 to discuss an ongoing civil lawsuit, Prince said.

According to Prince, van Keulen agreed with Monterey County officials in their concerns for the safety of the residents.

“Her main concern was that people are in the path of the river, and that just presents too much of a hazard,” he said. “We think the county is exaggerating that risk, given the history. And in any event, people that camp there know the river and would move to higher ground if anything happened.”

Another problem, Prince says, is that the vouchers for the roughly 86 people camping along the levee are for hotels that are located from 30 to 50 miles away.

“Many have jobs and family obligations,” he said.

The case began after a Nov. 18 cleanup by county officials and the sheriff’s department, during which several lost their possessions, Price says.

County officials have expressed concern about the harm to the waterway and the environmental degradation caused by the unsanctioned encampment. They also say that some of the residents have dug into the levee, which officials say could weaken the walls.

Previous ArticleThings To Do in Santa Cruz: Dec. 1-7