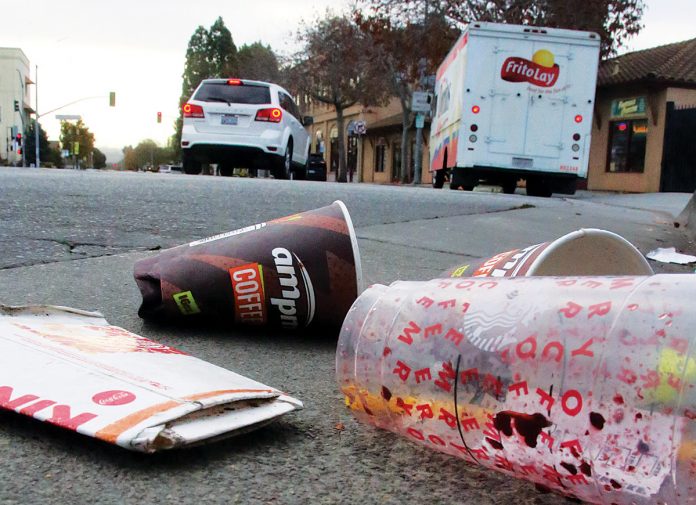 The Santa Cruz County Board of Supervisors on Tuesday approved two items for the June ballot which, if approved by voters, will increase taxes on hotels and vacation rentals, and change the way fees on single-use disposable cups are used.

The supervisors also signaled their support for an increase in property tax assessment for property owners in the unincorporated county that funds solid waste infrastructure.

County Budget Manager Marc Pimentel says the increases are necessary as the County looks at years of expected expenses outpacing revenues for the next five years.

The County last approved an increase to the Transient Occupancy Tax (TOT) in 2012, when more than 72% of voters approved increasing it from 9.5 to 11%.

Pimentel said that the proposed increase to 12% for hotels and 14% for vacation rentals are needed to fill a $301 million budget gap for unfunded projects, as well as $29 million from recent storm response and roughly $44 million for homeless services programs.

Pimentel says that the larger number proposed for vacation rentals gives the County greater regulatory oversight, and makes up for the lower impact fees paid by the owners.

If approved, the increase would raise an estimated $2.3 million annually.

Pimentel said that tourists are not likely to be deterred by the higher tax rate when traveling to Santa Cruz County.

The supervisors also approved for the June ballot a change to the 25-cent fee collected on single-use disposable cups in businesses in the unincorporated parts of the county.

Approved in 2019, the quarter surcharge was meant to reduce the amount of trash going into the rapidly filling landfills. Originally set to take effect in 2020, the supervisors delayed the fee to July 1 of this year as a way to ease the burden on businesses struggling under the Covid-19 slowdown.

The fee was originally intended to go entirely to the businesses. But if the County’s initiative is approved by voters, the fee would be evenly split between the County and businesses, with an estimated $700,000 annually for the County.

That revenue would fund areas such as water quality, public health, marine life, in addition to public education and other general services.

“We’re working to do everything we can to reduce waste and extend the life of the landfill,” Adler said.

In other action, the supervisors approved an increase to the assessment on property taxes in the unincorporated county that help fund waste management services at Buena Vista Landfill.

The last assessment of $56.94 was approved in 1982 and has remained unchanged since then. If approved by the supervisors when they consider it for the final time on April 6, the assessment would rise to $110 annually.

Edler says that a survey of two focus groups—a total of 30 people—indicated that the increase would be reasonable.

The increase would be decided by a Proposition 218 “protest vote,” meaning that if the property owners object the item would be rejected.