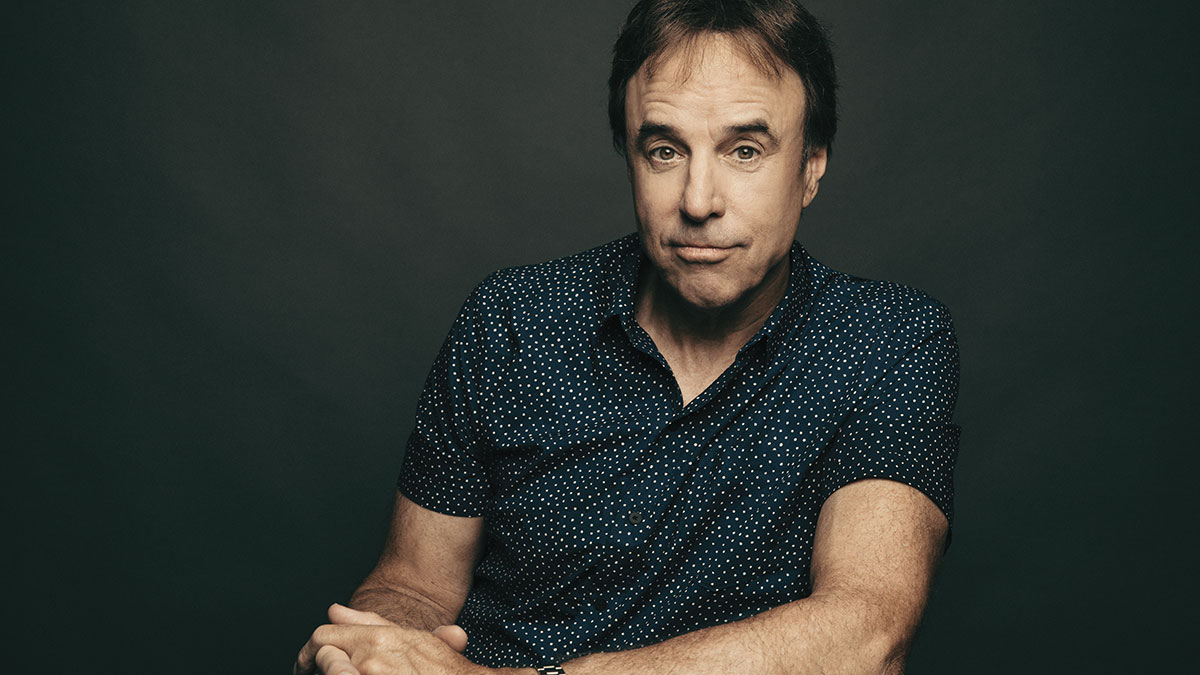 If you watch a few episodes of Kevin Nealon’s YouTube show Hiking With Kevin, you’ll notice that the everyman-comedian vibe Nealon showcased for almost a decade on Saturday Night Live—especially as the anchor of “Weekend Update”—translates remarkably well into a format where he literally takes people for a hike on every show, interviewing them while they walk.

You’ll also notice that some of the hikes are pretty intensive, and both host and guest can get winded, punctuating their questions and answers with heavy breathing. So I had to ask Nealon, who brings his stand-up set to the Rio on Sunday, Sept. 15: Does he ever wish he’d done Sitting Down With Kevin?

“I have thought about that, a lot,” admits Nealon. “Most of my hikes are more flat-ground now. But I do like it. It’s a good workout.”

YouTube may seem like an odd place for Nealon to be doing a show, especially at the same time that he’s going into his fourth season of a recurring role as Matt LeBlanc’s dad on the CBS sitcom Man with a Plan. But it came about kind of by accident in 2017, and required the 65-year-old Nealon to upgrade his tech skills.

“It was a totally new world for me,” he says. “Initially, I was posting these things on Instagram. Then I found out that Howard Stern was a big fan of the show, and he thought it’d be a good idea to make them longer. So I had to learn how to start a YouTube channel, and figure out how to make thumbnails and edit and all that stuff. Now I’ve even got a drone. I’ve really created a whole kind of world for me to do this in.”

With two shows in various states of production, he doesn’t have as much time to tour as he once did. But when he does, he thinks Hiking With Kevin has actually had an effect on his stand-up.

“I think it helps me think on my feet,” he says of the show. “And it makes me a better listener, too. When I first started, if you look at the Conan interview, I was just interrupting him all the time, and you can see him getting really angry. I look back at that and think, ‘Oh man.’”

His new role as a real interviewer is a bit ironic, considering he made his name as a fake news anchor on “Weekend Update” while on SNL from 1986-1995.

“That came out of the blue for me, because I wasn’t a sketch player, or a character guy or things like that,” he says of his SNL tenure.

The “Weekend Update” slot has always been one of the most hotly debated aspects of SNL—namely, who was a good anchor, and who wasn’t. Nealon’s approach was generally deadpan, but he doesn’t think it was necessarily better or worse than other comedians who took a different or even opposite approach—like Dennis Miller, with his trademark smug snark.

“‘Weekend Update’ is very subjective, I think. You have different personalities, and people always have their favorites,” says Nealon. “I started out watching Chevy Chase, and I loved the kind of dry, real-newscaster kind of a guy. So that’s what I modeled mine after. Dennis brought more of his personality into it, and had a certain angle on it that was great, too. Everybody comes in with their own thing. But now it’s more kind of stand-up. It’s almost like people are doing stand-up up there, and commenting on the story. So it’s changed a little bit. But I don’t think I have a particular favorite way. It’s kind of nice that things change all the time.”

Now that Hiking with Kevin is a success, one thing you’d think he’d want to do is maybe hire a few people to help out. He’s taken the DIY concept to the extreme, even carrying the camera filming the episode on a selfie stick.

“I think the charm of it is it has a homegrown feel to it. It’s not a highly polished show. It’s only me, there’s nobody else. I don’t have 12 people with cameras,” he says. “Occasionally, I’ll have my son film me. He’ll have my cell phone. So that helps a lot. I do like that. And I’m teaching him how to fly the drone, so he can fly the drone, too. I am trying to delegate some authority.”