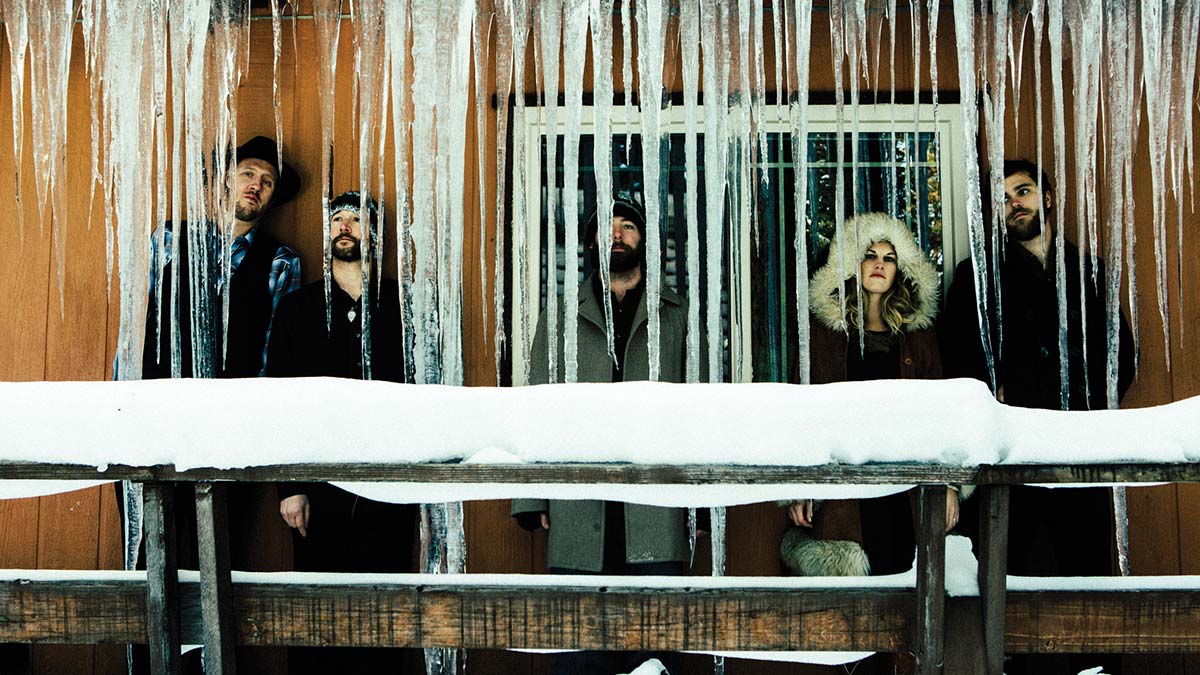 In 2000, Jenni Charles moved from the Lake Tahoe area to go to UCSC. She studied philosophy, religion, early childhood education, and jazz violin. But it was the extended Santa Cruz bluegrass community—found in jam circles, open mics and house concerts—that left a lasting impression, and satisfied the longtime musician’s need to play roots music.
“When I moved [to Santa Cruz], I was blown away by how many bluegrass musicians there were,” she says. “So many people were willing to play with bluegrass novices, such as myself. I was really impressed with how welcoming the community there is and how many people I met.”
These days, Charles is the fiddler and one of the vocalists in Dead Winter Carpenters, a North Lake Tahoe-based band that blends progressive bluegrass, Americana, folk, and country into a sound that elicits both a careful listen and a good old foot-stomp. The band draws from American roots and pulls in some indie rock and psychedelic influences, but the thing that sets it apart from many other young roots acts is its embrace of the classic country sound, with slow slide guitar runs, perfectly placed Telecaster licks, and quick and tight drums.
It’s a sound the band—comprising Jesse Dunn on guitar, Charles on fiddle, Dave Lockhart on upright and electric bass, Bryan Daines on guitar, and Brian Huston on drums, with all of them contributing vocals—comes by honestly, as several of the members grew up listening to classic country. They hail from different areas of the States, but they all love the classic country sound.
“We grew up all over the country,” says Charles “and the classic country thing is one thread that we all have in common. We love to pull from it, because it is such great music.”
You don’t hear of too many bands emerging out of the Lake Tahoe area but, according to Charles, the local music scene is rich and thriving.
“Even though the population is small, the community of musicians here is quite strong and diverse,” she says. “With the casinos, we get huge acts that come in and play, but we also cater to tourists that come up, as well, so just about every bar or restaurant has a place for live music.”
Though they play in their hometown occasionally, the members of the band are bona fide road warriors, averaging about 180 Dead Winter Carpenters shows per year. This year, they’ve reduced that number to about 150, which still averages out to nearly three shows per week.
Formed in 2010 in the middle of winter—a fact that helped inspire the name—the band “hit the road hard” their first year. They had only been together five months before they started touring. Now, six years in, they’re working on furthering their own style.
“We’re always evolving our sound,” says Charles, “and trying to come up with new ways to stay fresh.”
A multi-faceted group, the members all write songs and take turns singing about love, letting go, the beauty of the natural world, and drinking—sometimes in the same song. They’re a fun, home-style band that’s open to new experiences. Among other things, they’ve been featured on Jam in the Van, where bands record videos inside a solar-powered mobile studio, and the Gondola Sessions, where, during the course of a gondola ride in Aspen, Colorado, bands record two music videos—one on the way up the mountain and one on the way down.
On their new album, Washoe, the Dead Winter Carpenters introduce more indie rock to their saloon sound. The album sees the band evolving and growing, but staying true to their high-energy, mountain music roots.
For this album, it was important to the band to capture the energy of their shows. They recorded as much as possible live in the studio, with everyone playing together.
“This album, with all its little nuances and everything, really has a lot more spirit than our last album,” says Charles. “It really captures what our energy is live. It sounds like us.”

Next ArticleHere Come the Drones