.Legendary Indie Rockers Built to Spill Return to the Rio 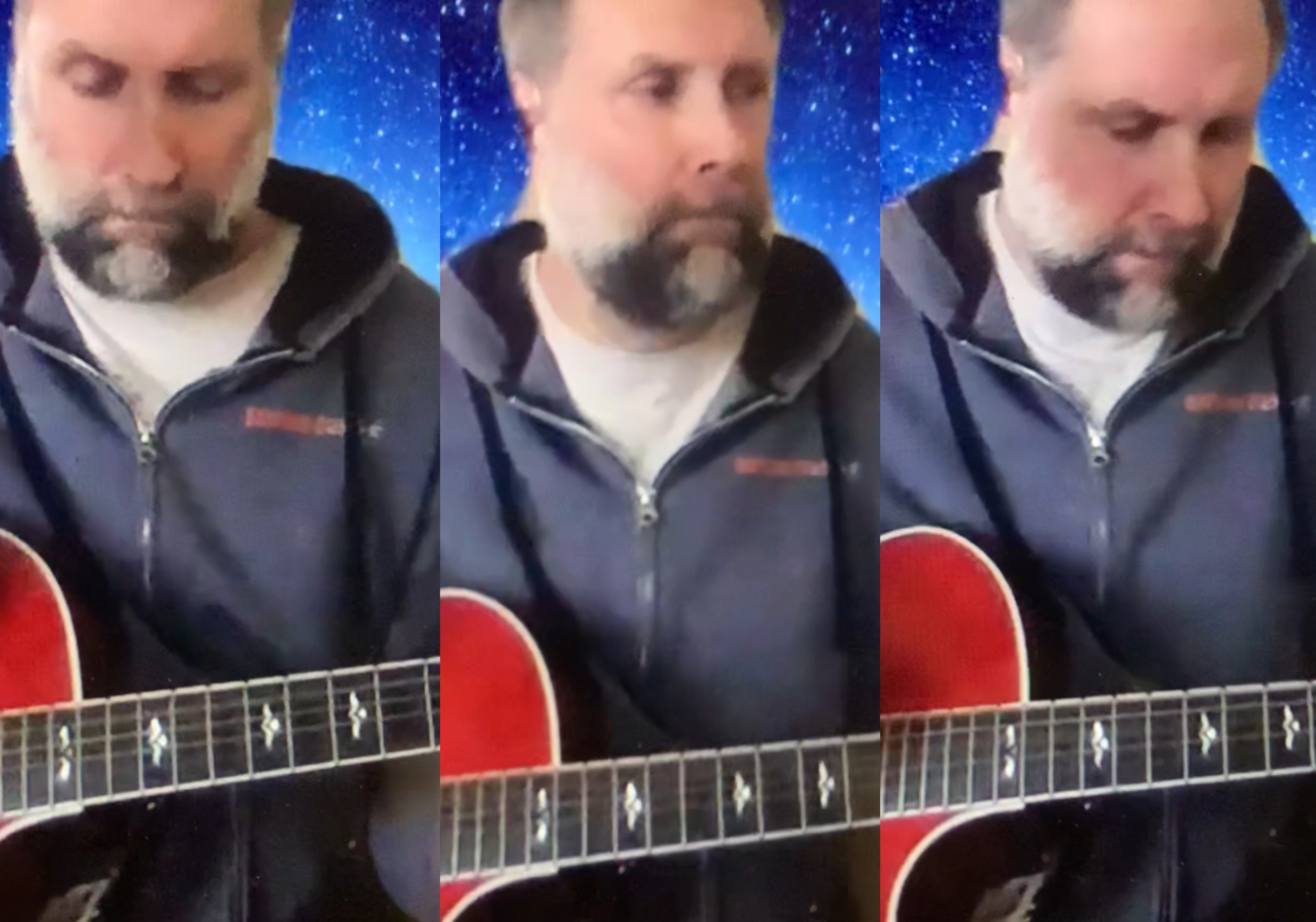 About 15 years ago, one of my best buddies slipped me a Ziplock baggie with a burnt CD inside— “BTS Perfect From Now On” was scrawled onto the disc in black sharpie. This had been—and still is—customary anytime he hears something that rouses him so much that he’s compelled to share his excitement.

Hearing “BTS,” shorthand for Built to Spill, for the first time, particularly their 1994 record Perfect From Now On, marks one of the best listening experiences of my life. It sits on a mountaintop alongside albums like Television’s Marquee Moon, My Bloody Valentine’s Loveless, Nas’ Illmatic and the Beatles’ Abbey Road, which I consider musical game-changers. These full-length records keep a vice grip on you from the first second of the first song until the last second of the bookend. The songs alone in these instances are amazing as single entities, but the sum of the parts makes an album a masterpiece.

Perfect From Now On opener “Randy Described Eternity” is almost like an overture; it gives listeners a satisfying bite of all the greatness to come. Frontman Doug Martsch shows his ability to layer and build from simple melodies before erupting into intense jams fueled by fuzzed guitars and abrupt tempo changes. Martsch’s untrained voice falls between tenor and alto and evokes a natural and frail, child-like innocence. Whether you like his voice or not, it couldn’t work better with his barrage of heavy riffs, which sound like a J. Mascis-Thurston Moore lovechild.

“I wouldn’t trade [my voice] for a traditional-sounding singer,” Martsch says. “I definitely appreciate and feel lucky that I have a distinct kind of thing going on. A lot of my favorite singers aren’t the greatest singers, but have styles of their own. I still think I need to be able to sing a little better.”

While it’s a coup to put out one record hailed as brilliant from start to finish, it’s rare for a band to release a second album that sits on the same plateau. But a couple of years after Perfect From Now On, Built to Spill did it again with Keep it Like a Secret. The record has garnered comparisons to Cocteau Twins and XTC, but it’s uniquely Built to Spill, and Martsch jumps right in with the undeniably catchy—almost poppy, in a ’90s alt-rock way— “The Plan.” He delivers yet another trove of mesmerizing indie rock treasures from top to bottom.

Considering Built to Spill’s widespread acclaim and achievements, Martsch seems genuinely unaware of his music’s impact on so many people.

“I think I’ve always lacked confidence about my singing and my guitar playing,” Martsch says. “Especially when I was younger, I was pretty self-conscious. I did a lot of layering of guitars and vocals and stuff just to sort of try to hide things that I didn’t think sounded good.”

Throughout most of the pandemic, Martsch worked on making his first album entirely on his own—it’ll mark the band’s first new record since 2015’s Untethered Moon, and their first full-length LP since leaving Warner Brothers and signing with Sub Pop in 2019. In 2020, the group released Built to Spill Plays the Songs of Daniel Johnston—BTS backed a few of Johnston’s shows on the final tour before he passed.

“When you do this stuff over and over again, a lot of doubt creeps in about whether or not it’s something I should even be doing,” Martsch says of making records. “When we play live, it’s happening so fast, you don’t have to hear it played back, and I have fun. But the studio is like being under a microscope. Maybe it’s just something inherent to what I want to hear that I’m not really able to do.”

During the lockdown, it was even more challenging for Martsch to find the motivation to make BTS’s forthcoming record, especially as the online buzz has continued to grow, dubbing it one of the most anticipated records of 2022.

Martsch produced and engineered the entire album on his own. The drum and bass parts were provided by musicians from the Brazilian group ORUÃ, who toured with him in 2019 for BTS’s Keep it Like a Secret tour.

“I worked on [the album] just every once in a while, and slowly over time, just ended up getting finished but never really felt super inspired, being alone, and the pandemic kind of took a lot out of me,” he says. “It’s done, and I feel satisfied with it, but I’m not really psyched about it right now.”

Martsch describes the record as a “wide variety” of different music: There are classic, post-punk songs resembling the music he grew up listening to in the late ’80s and early ’90s; some “punky” tracks, “slow jams” and a song Martsch describes as “rock steady-ish reggae” driven by drum and bass. At least five of the tunes on the record, including “Fool’s Gold” and “Understood,” were written five years ago, so fans may recognize some of the songs, even though they’ve been reworked.

“I’ve been working on this album for so long I’m not excited or in a hurry to play them right now,” Martsch admits. “I’m just not sure how great all the technical stuff sounds. It’s kind of raw.”

I caught up with Martsch the day before he left his Boise, Idaho home for Seattle, where Built to Spill is playing a few shows before working their way down to California. The frontman is psyched to get the hell out of Idaho, where “it’s been super cold, and there’s still snow on the ground from a couple days ago.”

Martsch is also happy to get back on the road and play with the latest BTS lineup, featuring Boise bassist Melanie Radford (Marshall Poole, Blood Lemon) and Albuquerque drummer Teresa Cruces (Prism Bitch). On stage, he’s in his element, pounding at his guitar with furious rock star passion, letting his inhibitions fly far away from any hint of loneliness.

Don’t expect to hear any songs from the upcoming record at the Rio—the band hasn’t learned those songs yet. Martsch says they’ll probably start playing the new tunes when they’re back out on tour in April and August. Fans can expect to hear favorites from Keep it Like a Secret, Perfect From Now On and There’s Nothing Wrong with Love. There may even be some surprise covers by David Bowie, The Smiths or Neil Young tossed into their set.

Adam Joseph
Before Delaware native Adam Joseph was brought on as managing editor for Good Times Santa Cruz in 2021, he spent several years with the Monterey County Weekly as a music writer and calendar editor. In addition to music, the award-winning writer has covered film, people, food, places and everything in between. Adam’s work has appeared in Relix Magazine, 65 Degrees, the Salinas Californian and Gayot. In January 2022, Adam took over as Good Times’ interim editor. [email protected]

Next ArticleThings To Do in Santa Cruz: Feb. 2-8