.Where Locals Are Shooting AR-15s 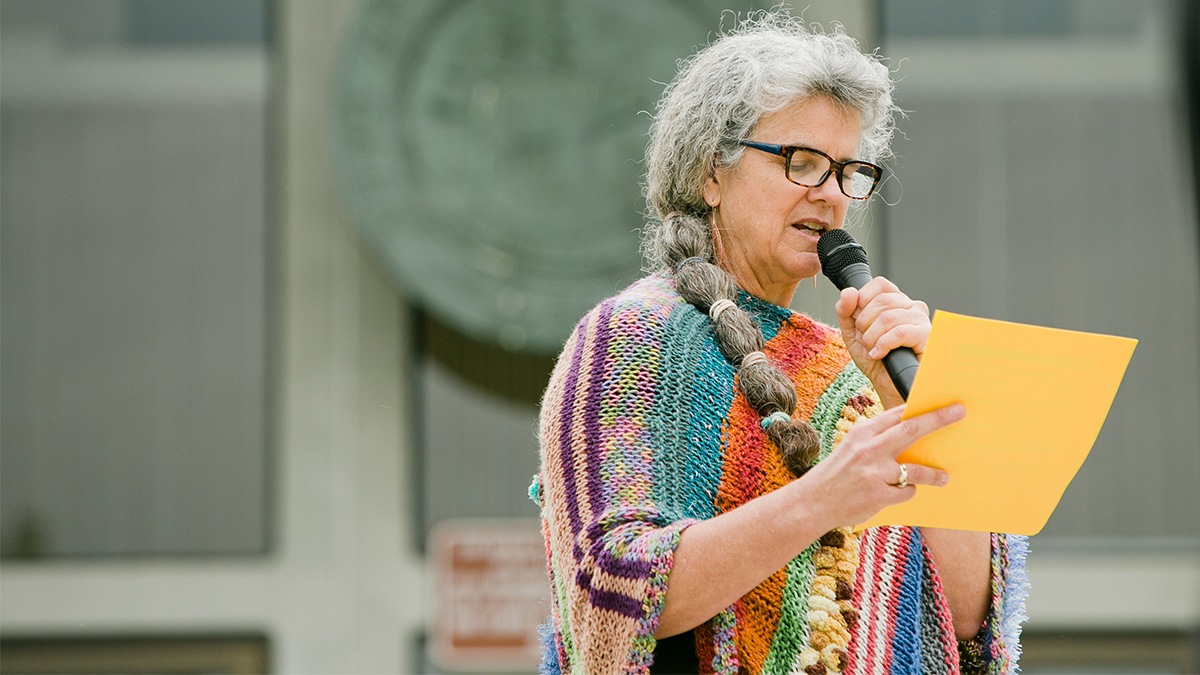 With a 30-round magazine capacity, AR-15 rifles have been at the center of most debates on gun control in this country. The National Rifle Association estimates that the U.S. is home to more than 8 million of these weapons and their variations, even suggesting that the popular weapon’s initials might as well stand for “America’s Rifle.” In fact, AR stands for “ArmaLite Rifle,” named after the original manufacturer. Today, it’s a blanket term for a style of semi-automatic weapon, with many gun manufacturers building their own models.

AR-15-style rifles have been responsible for six of the country’s 10 deadliest mass shootings since 1966, including one at a Florida high school in February that prompted high schoolers around the country to march out of class to support stricter gun laws.

Given such controversy, it came as a surprise to Aptos resident and activist Denise Elerick that the Santa Cruz Police Department (SCPD) offers a chance to fire the weapon via its Citizen Police Academy. “I don’t think it’s a healthy activity to promote in our community,” she says.

Since 1998, SCPD’s educational community program has been a way for residents to briefly experience the world of local law enforcement. For two hours a week over the course of 10 weeks, participants learn to investigate, speak with judges, maneuver in tactical gear, and, yes, go through firearm training at the police range. But Deputy Chief Rick Martinez says the gun firing doesn’t come from a place of machismo. Volunteers, Martinez explains, do receive “an orientation on the weapon, and then a chance to see its limitations so they know what the capabilities of their police are.”

“It’s really about transparency,” he adds.

The firearm portion of the course, he underlines, only covers four of the 20 total hours and is completely voluntary. Many decide to opt out. He also says the inclusion of the AR-15 is relatively new following the trend of police-issued AR-15 weapons.

Although the weapon gets checked out by officers daily, Martinez says it normally stays in a locked box inside a police vehicle, which is explained in the Citizen Academy course.

Still, Elerick worries that letting a local program grant access to AR-15 weapons could have unintended consequences: “If they don’t want the community owning rifles—or are afraid of someone in a mental health crisis taking their frustration out on law enforcement—then why do they want to put one in a person’s hands even for an hour?”

Martinez says the question gets answered in the course. Participants are discouraged against purchasing firearms and taught the extensive dangers surrounding gun ownership in the home. Each attendee is fingerprinted and passes a background check before they’re allowed to take the class.

“Unfortunately, for law enforcement this nation was built on the gun,” he responds. “And we’re still dealing with the byproduct of that to this day.”

Previous ArticleRTC on Verge of Approving Next Freight Operator