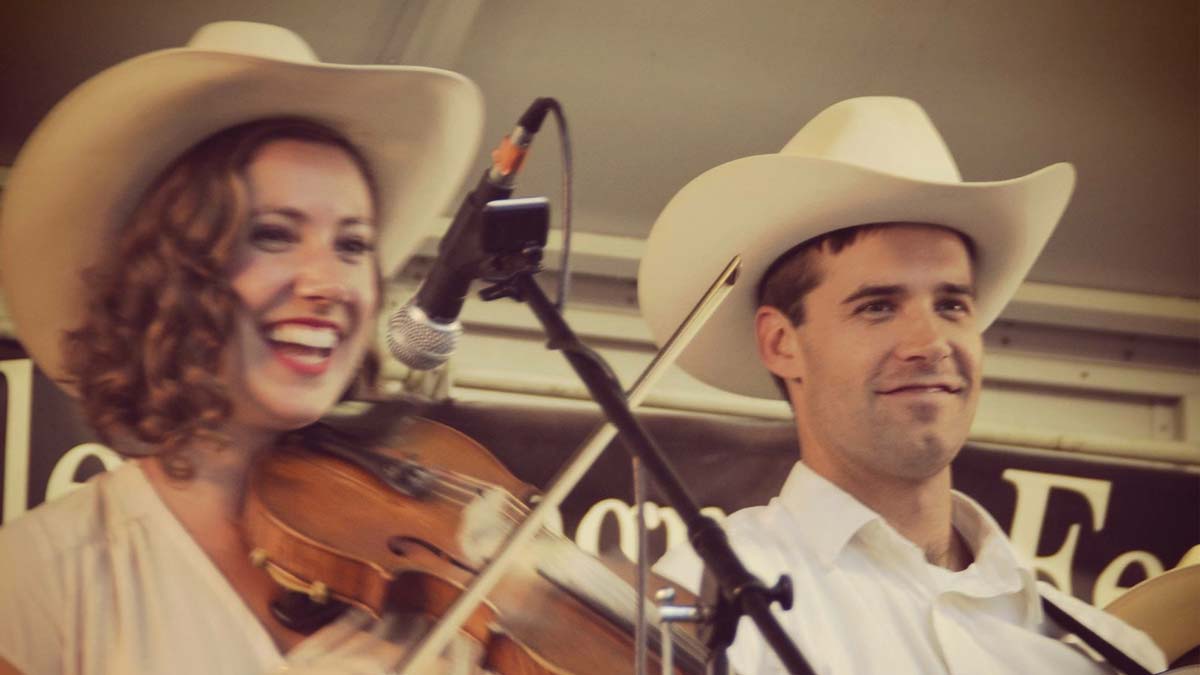 Husband and wife Ella and Henry Warde have been playing bluegrass together for a number of years. They played in the group Windy Hill, and also play with Larry Gillis and the Hard Driving Swampgrass Band.
But they wanted to try something new, or rather old—namely, country music from the ’50s and ’60s, what they refer to as the genre’s “golden era.” They put together Ella & Henry and Their Fine Country Band to perform covers from this period, as well as some originals written in the same vein.
“We’ve always reached back to the older music and just felt a connection to it. We try to carry on that tradition because we don’t want it to be lost or forgotten,” Henry says. “We just enjoy that, the simplicity of that older style, of not getting too far out, because people tend to go really far out and forgetting the roots. And we always love that roots music.”
Henry plays the acoustic guitar, Ella plays the fiddle, and both sing and harmonize. Their Fine Country Band includes Meghan Leslie on the upright bass, Curtis Leslie on the electric guitar, Dave Magram on the pedal steel, and James “Wheat Chex” Van Kol on drums.
They’re big fans of the Bakersfield sound that, at the time, was rebelling against the high-production gloss of the Nashville machine.
“We try to pay tribute to those artists,” Ella says. “You’d go to the honkytonk and you hear this music and it’s like, ‘Woah, let’s start dancing. This is dancing music.’”

Next ArticleBe Our Guest: Lucius