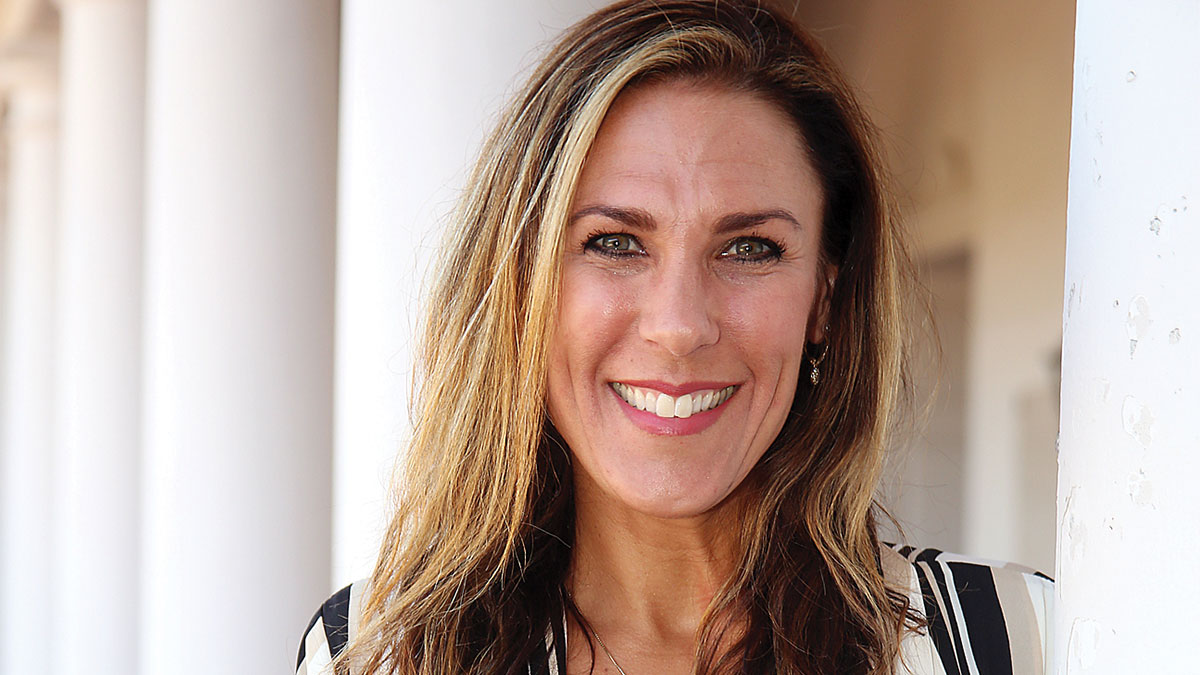 This year, Mayor Martine Watkins has set her sights on public health, spearheading a framework she calls “Health in All Policies.” It’s the kind of high-level program that can be difficult to conceptualize, but she’s found that it helps when people use their imaginations.

While talking to a UCSC public-policy class in the spring, Watkins asked the students to picture an unhealthy, unsustainable community. They said that it might have a depressed economy, blight, poor safety, and aging infrastructure.

She then prodded the class for details about the opposite: How would a healthy, sustainable community look? It would be safe, they said. It would have quality education, good roads, secure parks.

Watkins’ Health in All Policies concept centers around promoting equity, sustainability and well-being in government decision-making, with an emphasis on engaging a wide range of community members and improving collaboration between the public and private sectors.

Watkins says the approach could take the shape of funding after-school programs, for example, or reducing air pollution.

Santa Cruz is far from the first to adopt the idea. The city of Richmond, which implemented a Health in All Policies plan of its own, has set aside funds for college-bound students, made plans to develop new green spaces and a park, and built low-income family housing. Watkins, who works at the county Office of Education, has brought in policymakers from Monterey County and the city of Gonzales to talk with the Santa Cruz City Council about their experiences implementing similar programs.

Watkins also has a key partner in Mimi Hall, director of the Santa Cruz County Health Services Agency, who previously led an award-winning program using the same framework in Plumas County. A City Council subcommittee anchored by Watkins, Vice Mayor Justin Cummings and Councilmember Cynthia Mathews is looking into how health-centric policies may already be at work in Santa Cruz. Watkins hopes to embed a long-term approach that outlasts her year as mayor.

City department heads have already taken to the program, she says.

“People are seeing how it fits within their work and what they do,” Watkins says. “It also is a really nice way to name some of the efforts that are already currently underway.”

Watkins has scheduled meetings with groups including schools, businesses, nonprofits, and health providers to gather feedback and talk about ways they can collaborate. As a result, Watkins says the full council should get to vote on a policy recommendation and implementation plan by the end of the year.

The biggest challenge may simply be for staff and councilmembers to carve out the time for a different way of thinking.

“We have a lot of big issues happening in our city,” Watkins says. “It’s really hard when you have major crises on your hands … You’re trying to put out the fire that’s in front of you. So this is a long-term vision and approach, and to shift that requires a different level of capacity.”

The city is hosting a community meeting on Sunday, Aug. 11, at 11:30 am at the downtown library, where Watkins and other employees will share information and seek input.

Hall says one key benefit of a Health in All Policies approach is that related programs can help address multiple root causes of “seemingly insurmountable problems,” like homelessness, food insecurity and access to healthcare.

The government, she says, doesn’t have the capacity or the resources to fix these programs alone. “So we have to work with those who impact where people spend their time,” such as businesses and nonprofit groups, she says.

Hall is no stranger to tackling big issues. Plumas County had the highest opioid-related death rate of any county in California, and she helped lead a 20,000 Lives initiative to improve health overall. Opioid safety was the subject of the initiative’s first workgroup. The county joined forces with the three district hospitals in its borders, a tribal group and more than 20 community organizations.

“The concept was we have everything that we need to make a difference in our community,” Hall says. “We don’t say we’re not going to address the opiate problem unless we get additional funding or unless we get a grant. Let’s use the resources and the partnerships that we have already to make whatever we can.”

The effort, which successfully helped lower the opioid-related death rate to zero in Plumas County, earned the 2016 Innovation Award from the California State Association of Counties.

Now, Hall is drawing on lessons from that initiative in looking at how Santa Cruz County can collaborate with cities and regional partners.

“There’s no single entity, or even two or three together, that are going to be able to solve these huge problems that we have,” Hall says.

Gonzales City Manager Rene Mendez, who gave a presentation on the topic at a June 4 Santa Cruz City Council study session, tells GT that the framework is an important way to start a community conversation about quality-of-life issues.

His recommendation for Santa Cruz?

“Don’t shortcut the public participation. Sometimes the hardest thing we can do—and we all struggle with this—is listening,” Mendez says.

The city will hold a community meeting to discuss Health in All Policies on Sunday, Aug. 11, from 11:30 a.m.-1 p.m. at the Santa Cruz Public Library Downtown Branch, 224 Church St., Santa Cruz. For more details, go to cityofsantacruz.com.

Next ArticleLocal Survivors of Gilroy Shooting Speak Out