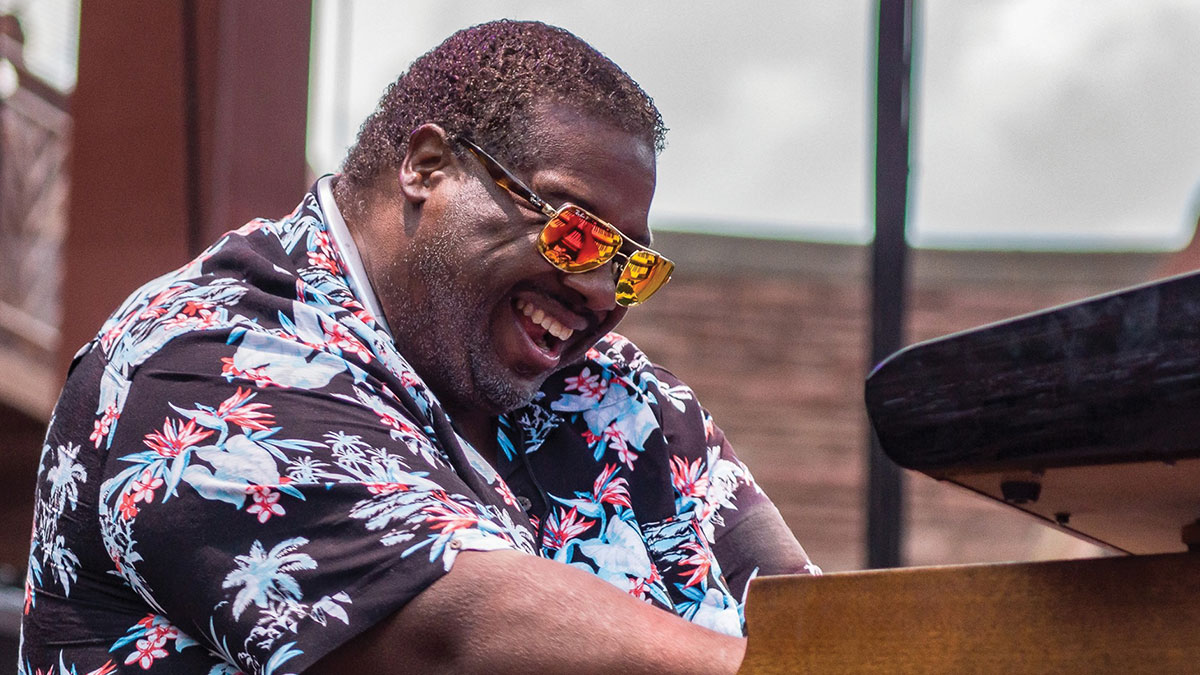 Jerry Garcia had filled so many hearts with happiness for so many decades that it was inconceivable it would ever end. So, after Garcia passed in 1995, the musical and economic world of the Grateful Dead and affiliated projects fell into disarray—until Melvin Seals, longtime Hammond B3 player in the Jerry Garcia Band, bravely stepped forward. The rest is history.

Headlining the Mountain Sol Festival at Roaring Camp on Sept. 16 is Melvin Seals and JGB.  The origins of the band, post-Jerry, started off innocently enough at Santa Cruz’s legendary music venue Palookaville. It was less than a year after Garcia had passed, and his bass player and loyal confidante John Kahn called the band members and asked if they wanted to do one gig at the downtown Santa Cruz venus. The show sold out so fast, a second night was added.

“It was going to be called The John Kahn Band,” says Seals. “Kahn added some additional singers and musicians that were not in the Jerry Garcia Band, like Larry Batiste and a few other people. Kahn didn’t want to play JGB songs, but songs in the style that Jerry Garcia would definitely have played. At that time, people were hurting, and Kahn wanted to stay away from [Garcia’s] signature songs. So we played a lot of Motown songs like ‘Beechwood 4-5789,’ songs Jerry would have easily said yes to.”

What Seals picked up was that fans were hurting, but at the same time wanting to see the members of the Jerry Garcia Band playing the songs they loved. “All night long, they were hollering out JGB songs like ‘Stop that Train’ and ‘Knocking on Heaven’s Door.’ I remember walking out the first night of Palookaville. Fans were wanting to hang out and take pictures, and they asked me, ‘Melvin are you guys going to do any Jerry Garcia songs tomorrow night?’”

On the second night at Palookaville, the John Kahn Band played four Garcia Band songs. “Folks still wanted to hear this music in spite of the king not being on guitar,” Seals concluded.

With two successful nights under their belt, the surviving members got ready to go on the road as the John Kahn Band, but within a few months, Kahn passed. The promoter (and Jefferson Starship manger) Michael Gaiman, who had previously worked with Kahn, contacted Seals. “He said I was the next-longest-surviving member, and he wanted to know if we wanted to put something together. Based on what I saw at Palookaville, I decided to do what Jerry would have done.” Seals wanted to call the band Tribute, but Gaiman wanted to brand them JGB.

There were lawsuits over the Garcia estate, and it was believed that Bill Graham Presents owned the name JGB. Seals didn’t want to get caught up in possible litigation. He ran a title search and found that only one business in New York used the acronym, and it was available to name a band. “So I registered the name as a musical organization in California,” Seals says.

When asked what inspired him to carry the torch, he says, “I saw an interview where Jerry was asked what he would like to think would happen after he was no longer here. And Jerry said, ‘I believe the music is much bigger than me, and I hope it will live on.’” And that stuck with Seals.

More than two decades later, the ice has totally broken, and there are seemingly more Dead-related projects touring than ever before. On the road most of the year, Seals often has different guitar players filling Garcia’s shoes. At the Mountain Sol Festival this weekend, and for the next month or so, John Kadlecik is in the role. Having been the leader of Dark Star Orchestra, and being the first guitarist to tour with Bob Weir and Phil Lesh after Garcia, Kadlecik has the credentials. “John is number one at sitting in that seat of simulation. Most players have a few licks that sound like Garcia, but John is full force,” says Seals.

Being on the road most of the year makes it hard to find time for solo projects, but Seals has plans for the future. “I’ve set dates three times bringing in studio musicians to start tracking some things, and my [touring] agency calls and makes an offer,” says Seals. “With the exception of a couple of gigs, I have most of November through February off, with the whole idea of getting something going.”

Seals has two projects in 2020—a Christmas album and a Melvin Seals project. “I have some new ideas. It won’t be implemented in JGB,” he says. “Like Garcia, I have some different projects going.”

Melvin Seals and JGB perform at the Mountain Sol Festival at Roaring Camp in Felton, which runs Sept. 20-22. Also on the bill are Bob Weir and Wolf Bros, Dispatch, Chicano Batman, Beats Antique, and many more. For a full lineup, schedule and tickets, go to santacruzmountainsol.com.

Next ArticleNuz Recalls Hearing Something Dumb