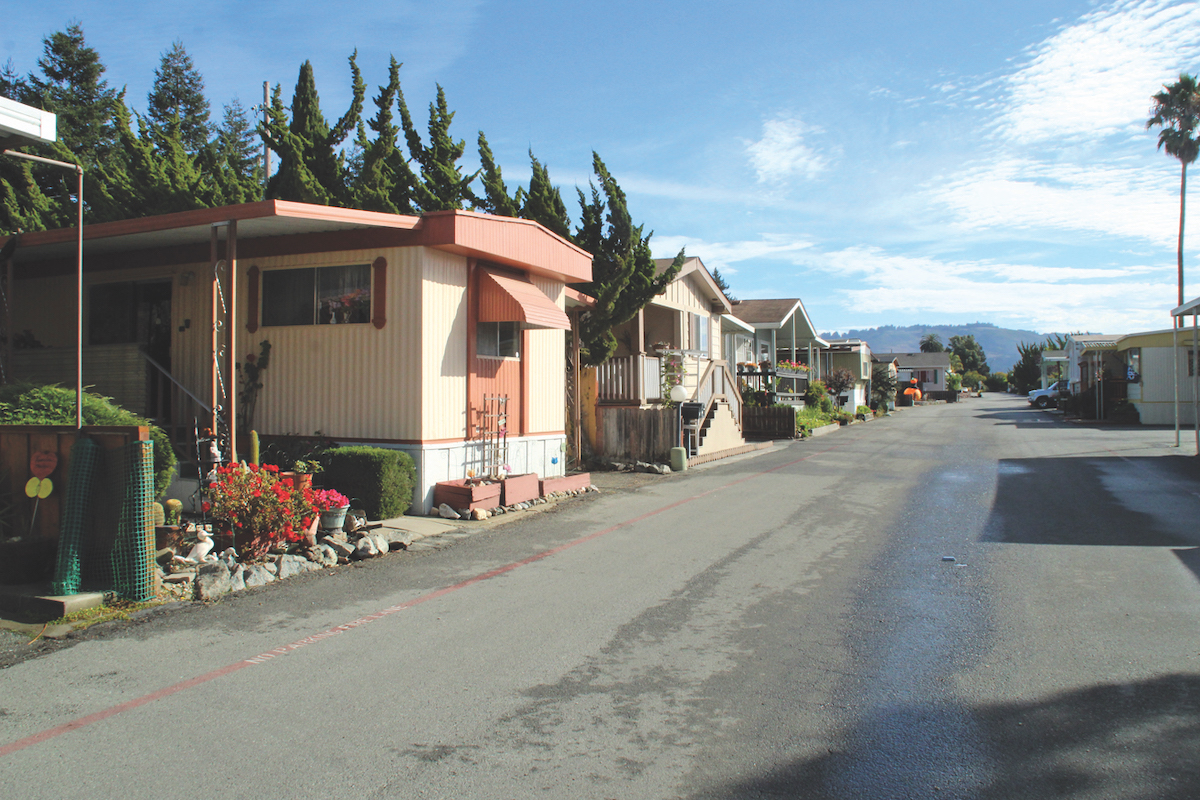 WATSONVILLE—A Santa Cruz County Superior Court Judge on Oct. 14 sided with the residents of a mobile home park who had been battling a giant rent increase since 2017.

Attorneys for the residents say the decision supports a County ordinance governing rent increases, and has broader implications countywide for residents of other mobile home parks when faced with similar increases.

The park, which has about 170 units, is owned by Pinto Lake Mobile Home Park LLC, and Roseville-based Waterhouse Management.

The issue began in 2017, when the residents of Pinto Lake Mobile Estates found notice of a special rent increase of $211—which for some was a 47% increase—buried on the third page of their annual increase.

County ordinance allows for a small annual rent increase to meet cost of living increases, and to impose special increases, if park owners can give valid reasons for them.

Resident Chris Girard says that he and other residents tried to negotiate with the owners, offering a smaller increase, from $40 to $100.

Those negotiations failed, and so the residents formed their own faction of the Golden State Manufactured Home Owners League (GSMOL) to battle the increase.

“We had to fight quite a bit,” said Girard, who served as president of the local chapter. “We got everyone in the park involved. We had giant meetings.”

Henry Cleveland, who was appointed by Santa Cruz County Supervisor Zach Friend to serve on the County’s Manufactured Mobile Homes Commission, estimates the residents collectively saved some $1.7 million by not having to pay the increase.

In making the tentative ruling, Judge Timothy Volkmann was not deciding on the merits of the rent increase. Instead, he dismissed the case because Waterhouse did not include the park residents as “essential participants” in their lawsuit.

Tanya Ridino, Executive Director of Senior Citizens Legal Services (SCLS), which provided legal services in the case, says that, if the judge decided in the property owners’ favor, it would have made it easier for park owners to ignore rent control ordinances set out by local jurisdictions.

“It would have been a really bad thing for all mobile home residents,” she said. “It would have allowed the parks to massively increase rents for the lowest-income homeowners in Santa Cruz County.”

James Ballantine, the attorney who represented Waterhouse, said the County’s ordinance allows for rent increases based on the Consumer Price Index (CPI). But that does not account for how much the cost of living increases every year. As such, Waterhouse was not making a fair rate of return on the property.

“Over time if the park owner is only able to increase the rent a fraction of that CPI, as time goes on their revenues will increase less that the expenses increase,” he said.

Ballantine says it seemed “burdensome” to have to name every resident of the park in the lawsuit, and that he believed that the GSMOL could have represented residents’ interest.

Jeneen Hill, the SCLS attorney who handled the case, says the organization devoted an unprecedented amount of resources to fighting the protracted battles. Hill reckons that she spent around 150 hours on the case.

Hill said she found it “disheartening” that Waterhouse seemed to be trying to extract every dollar they could from the residents, many of whom are low-income.

Ballantine says that Waterhouse has the option of asking for another special rent increase, and is looking at their options.

That comes as no surprise to Girard, who called the victory bittersweet.

“They can start all over again,” he said. “They can go for another special rent increase if they want. It’s going to happen again. Once you get involved, you don’t ever think it’s over.”