.Mountain Community Theater’s ‘One Flew Over the Cuckoo’s Nest’ to Open at Park Hall in Ben Lomond—Finally! 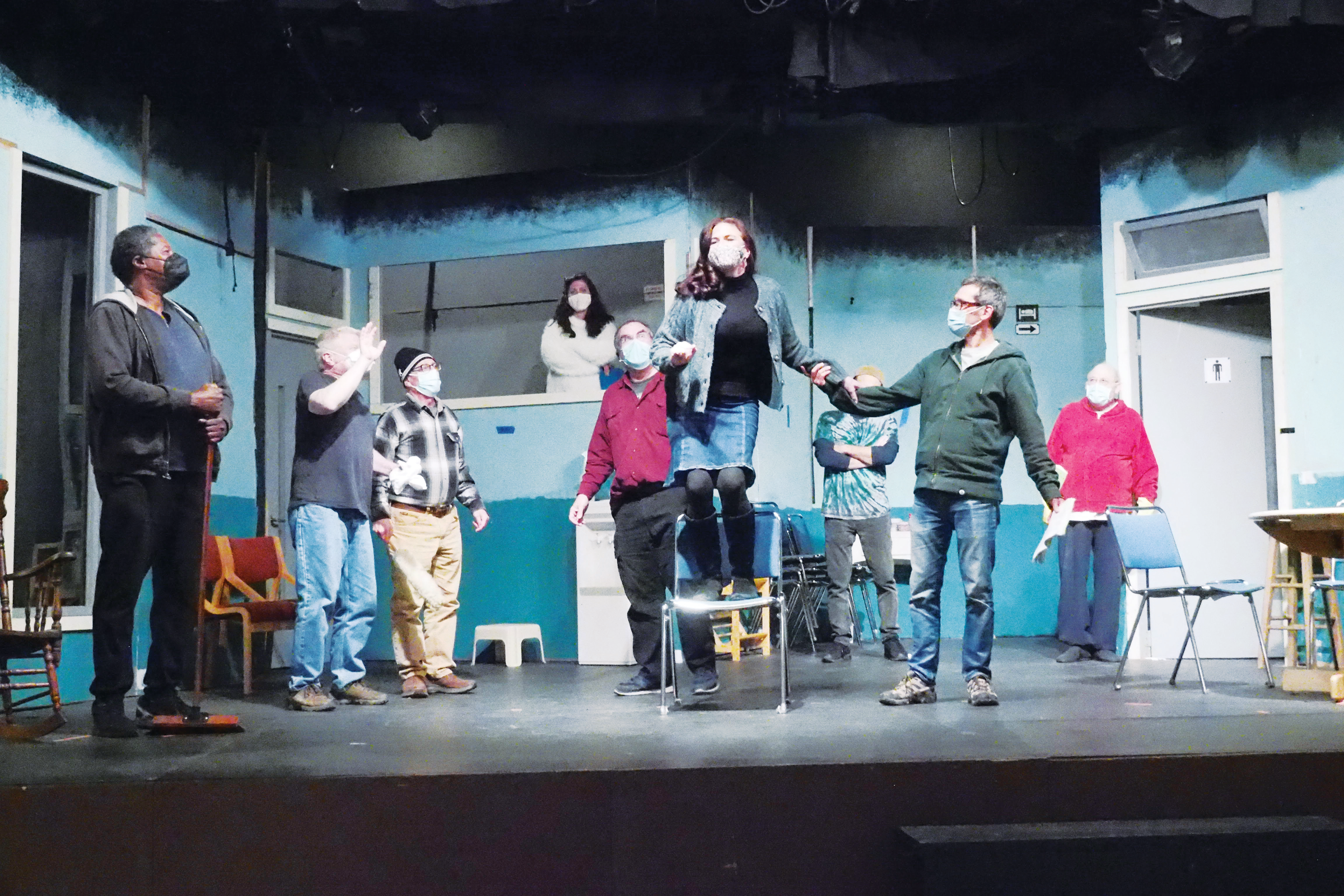 In March of 2020, after three months of rehearsals, the cast of One Flew Over the Cuckoo’s Nest was ready to launch Mountain Community Theater’s production of playwright Dale Wasserman’s adaptation of Ken Kesey’s classic 1962 novel. And then, the world shut down.

“We left our set design up for a year, because we kept thinking that the virus would disappear and we would be able to stage our play,” says the play’s director Miguel Reyna, an MCT mainstay. “But life had other plans.”

Now, two years later, this dedicated crew of actors is ready to do it all over again—and the long delay had an unexpected side effect of bringing them closer together. “The thing is, this cast really bonded over the last two years, and for a cast of 16 to stick together for so long is amazing. It’s unfinished business, and we are determined to complete what we started,” says Reyna.

While the Oscar-winning movie played out through the perspective of Jack Nicholson’s Randle McMurphy, the novel and play are told through the eyes of inmate Chief Bromden, aka Chief Broom, as he is regulated to sweeping the halls of the mental institution. The journey is Bromden’s tumultuous road to sanity.

“Bromden, played by Santa Cruz actor Avondina Willis, is the central character, and the story unfolds through his narrative. But I find the story moves more through the actions of the ‘acutes,’ the secondary characters who populate the asylum. Those are the people that the audience connects with the most,” says Reyna. “My biggest hesitancy in doing the play is that I wanted to be sensitive to people struggling with mental health issues. I worked in the mental health field for years. My direction to my actors is that they are human first. Whatever quirk or idiosyncrasy they curate for their role must come through the guise of humanity.”

In a world where everyone either is or knows somebody who is struggling with mental health issues, Cuckoo’s Nest is a timely look at how society views those who are locked away to fend for themselves. “Author Ken Kesey is one of my counterculture heroes,” says Reyna. “And I have read the play by Dale Wasserman a thousand times over the last two years. So this production went from a regular run to a passion project.”

Played by Nicholson in the movie adaptation, the McMurphy character isn’t a nice person. He’s been sentenced by a judge for rape and cunningly chose a plea of insanity to escape a jail term. Frankly, he’s a jerk and a creep. “Kip Allert plays Randle,” says Reyna. “My direction to him was to not watch the movie. I told him to find his own McMurphy. He does an incredible job and I think people will root for him, even though he’s more of an anti-hero.”

Although Nurse Ratched, played by actor Jennifer Galvin, has been heralded as one of the great all-time movie villains, Reyna begs to differ. “McMurphy and Ratched are neither heroes nor villains. Nurse Ratched seems like a villain, but is she really? Wasn’t she just doing her job to the best of her abilities? That’s not for me to decide,” he says.

The play contains some extreme moments, from suicide to murder, and attendees should be ready for a few uncomfortable situations alongside the broad humor. “Cuckoo’s Nest has some vulgar, outdated language,” says Reyna. “But I think audiences will understand that it’s true to the characters in the play. Theater audiences are keen, or at least, I think they are.”

Mountain Community Theatre performs in Ben Lomond’s historic Park Hall, now approaching its 100th year. Park Hall’s beautiful interior and spacious stage is the perfect home for a nest of cuckoos. “Theater now in Santa Cruz is on life support,” says Reyna. “Folks need to support the arts. There’s more to entertainment than just TV and movies; live theater is incredibly important, and can be life-changing.”

‘One Flew Over the Cuckoo’s Nest’ runs March 18-April 10 at Park Hall in Ben Lomond, 9400 Mill Street. Tickets are $17 for students/seniors and $20 for the general public. Tickets can be found at mctshows.org.

Next ArticleThings To Do in Santa Cruz: March 2-8