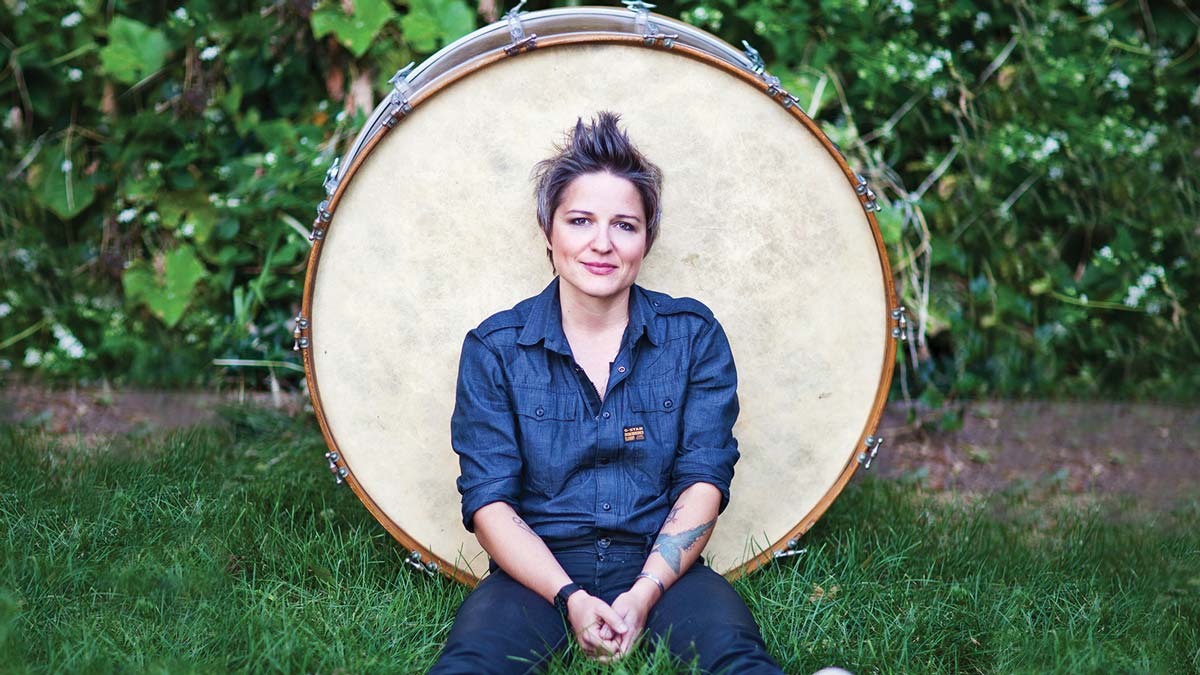 Identical twins that pull off Jedi mind tricks, wear cool retro suits and play surf music? Sounds like a formula to a really weird B-movie, but it’s actually a description of the Mattson 2—twins who share the last name Mattson, and seemingly read each other’s mind (at least when they jam). The brothers, one on drums, one on a sweet electric guitar/bass combo axe, play not just surf, but also spaced-out jazz—somehow all at once. It’s truly amazing to watch their genre-hopscotching and ninja-level chops. Aaron Carnes
INFO: 8:30 p.m. Moe’s Alley, 1535 Commercial Way, Santa Cruz. $10/adv, $12/door. 479-1854.

Ellis Paul gets pigeonholed as a folk singer, but perhaps a more apt description would be “storyteller.” The sweet-voiced singer-songwriter has a knack for blending his own experiences with larger issues we face as humans, finding the heart of the story within. Through tales of his own life, he paints pictures of a fast-moving world, the people in it, the challenges we face, and the connections we make. A veteran musician, Paul uses music to bridge divides between us and draw attention to our shared love and humanity. CAT JOHNSON
INFO: 7:30 p.m. Don Quixote’s, 6275 Hwy. 9, Felton. $15. 335-2800.

Psych-pop, alternative-country singer-songwriter Chuck Prophet comes through town frequently, but he mixes it up a bit every time. This time he’s backed by his band the Mission Express, but more importantly he’s bringing cult icon Garland Jeffreys with him. (Jeffreys was Lou Reed’s college roommate, and he wrote “Wild in the Streets,” a ’70s rock tune that later became a skate-punk anthem.) Prophet will be playing a fun set of catchy roots-laced, experimental pop tunes. He and his band will also be backing Jeffreys, which should be incredible to see. AC
INFO: 9 p.m. Crepe Place, 1134 Soquel Ave., Santa Cruz. $15. 429-6994.

Even the people who haven’t heard the name Pete Yorn definitely know his music. The New Jersey-native-turned-Angeleno began his career with a bang, getting a job to score the film Me, Myself & Irene in 2000 before releasing his first solo album, musicforthemorningafter, in 2001. In the subsequent years, Yorn has evolved his singer-songwriter path, writing introspective, heartfelt songs with an alt-pop sound. Yorn is known to play most of the instruments on his recordings, but expect an all-out backing band live. MAT WEIR
INFO: 7:30 p.m. Rio Theatre, 1205 Soquel Ave., Santa Cruz. $27.50. 423-8209.

Southern rock is alive and well, and Blackberry Smoke is here to tell us about it. Based in Atlanta, but more likely to be on the road than settled down at home, Blackberry Smoke is a hard-rocking grassroots musical sensation. Mixing blues, rock, R&B, gospel and country, as many good Southern rock acts do, the quintet is led by the weathered and twangy vocals of singer-guitarist-songwriter Charlie Starr, and driven home by Paul Jackson’s shredding guitar licks, Brandon Still’s soulful keyboard work, and the percussive one-two punch of siblings Richard and Brit Turner. If you miss the good ol’ days of kickass rock ’n’ roll, get your butt downtown to see these guys. You won’t be sorry. CJ
INFO: 9 p.m. Catalyst, 1011 Pacific Ave., Santa Cruz. $25/adv, $30/door. 423-1338.

Leader of the California Western Swing band Lost Weekend, Don Burnham has four decades of singing, songwriting and performing under his belt. The one-time park ranger in Yosemite is the real-deal when it comes to the singing-cowboy-under-the-stars classic style, with sweet and lonesome lyrics and melodies to ride your horse to. His smaller ensemble, the Bolos, comprises Charlie Wallace on steel guitar, Mark Holzinger on lead guitar, Karen Horner, stand-up bass and vocals, and, as a special treat for this performance, veteran pianist Scott Lawrence on keys. Word is that Santa Cruz’s own Carolyn Sills and Gerard Egan may sit in for a song or two. CJ
INFO: 7:30 p.m. Ugly Mug, 4640 Soquel Drive, Soquel, $15. 477-1341.

Like the Black Keys, Patrick Sweany is one of those rare musicians who can bring the raw intensity of the blues to his music, but also a strong infectious pop accessibility. His songs are catchy, but not in that irritating Justin Bieber/Taylor Swift earworm kind of way. Indeed, getting a Sweany song stuck in your head is a pleasant experience. His secret is a diverse influence pool: folk, soul, bluegrass, rock ’n’ roll, and just being a great songwriter. But at the heart of it all are lots of blues licks and pop hooks. AC
INFO: 8:30 p.m. Moe’s Alley, 1535 Commercial Way, Santa Cruz. $9/adv, $12/door. 479-1854.

It’s been eight years since the world heard from this English super-group consisting of members of the Arctic Monkeys, Simian and Mini Mansions. The boys have been busy, apparently, but last December finally announced the follow-up to their 2008 debut, The Age of the Understandment. Bad Habits just dropped this month, and it’s everything modern rock connoisseurs could ask for—infectious beats and layers of horns and strings, all mixed with poignant lyrics one can’t help but sing along to. MW
INFO: 8 p.m. Catalyst Club, 1011 Pacific Ave., Santa Cruz. $30. 429-4135.

Fun-loving Americana veterans out of Nashville. Friday at Don Quixote’s

Southwestern roots rock out of Arizona. Tuesday at Moe’s Alley

Next ArticleIf you didn’t live in Santa Cruz, where would you live?