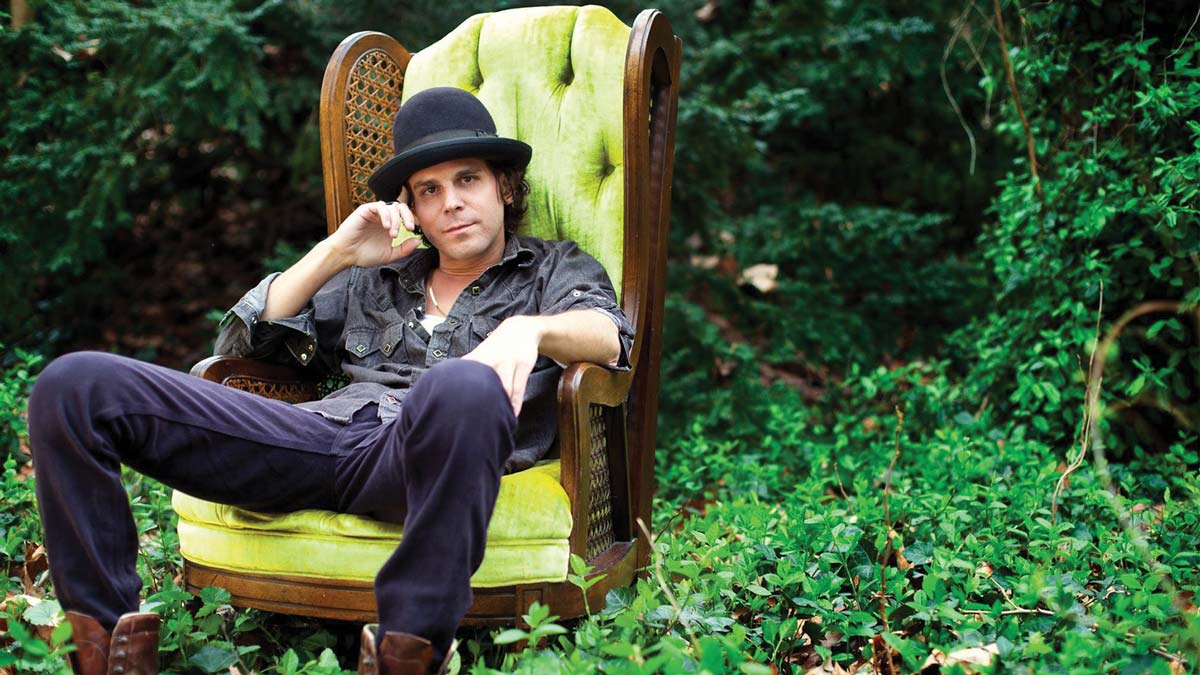 You’d be hard-pressed to find anyone on the touring circuit as passionate as Bryan McPherson. The acoustic singer-songwriter, originally from Boston but now living in L.A., plays his guitar with more ferocity than most rockers shred on their axe. And his voice will fill a room with or without a microphone. His songs range from highly political (he wrote several songs about the Occupy movement) to intimately personal, and the excitement he generates at his live shows with just himself and his guitar rivals that of an eight-piece band. AARON CARNES
INFO: 9 p.m. Crepe Place, 1134 Soquel Ave., Santa Cruz. $8. 429-6994

Hailing from the mountain town of Nederland, Colorado, by way of Urbana, Illinois, Yonder Mountain String Band is one of the outstanding acts in the progressive bluegrass movement. With an inventive, improvisational style that bridges rock, bluegrass and jazz, YMSB is a favorite on the jam band festival circuit as well as in roots circles. CAT JOHNSON
INFO: 8 p.m. Catalyst, 1011 Pacific Ave., Santa Cruz. $25. 423-1338.

St. Croix reggae sensation Ras Attitude returns to Rasta Cruz with his message of peace, love and unity. Born the son of a gospel singer, this artist from the Virgin Islands began singing at a young age at church, and found his stage legs by age 7. In 2001, his debut album, Happiness, introduced the world to his blend of soulful reggae with a hip-hop twist. Since then, Ras Attitude has released an additional six more albums, with his latest, Hold the Vibes, released in 2012. MAT WEIR
INFO: 9 p.m. Moe’s Alley, 1535 Commercial Way, Santa Cruz. $10/adv, $15/door. 479-1854.

The Puffball Dance Collective promises to lift you to “new heights of collective dancing puffball consciousness.” How will they do this, you ask? By creating extended music jams out of their original compositions and classic rock covers (Grateful Dead, Steely Dan, Allman Brothers). What does any of this mean, and what’s with the whole puffball talk? Just go with it. The members of this local supergroup are experts at long jams, and if that’s your thing, it’s sure to be an exhilarating experience. AC
INFO: 7:30 p.m. Don Quixote’s, 6275 Hwy. 9, Felton. $8/adv, $10/door. 335-2800

Warren Haynes is widely regarded as one of the greatest rock guitarists ever. His work with the Allman Brothers Band, the Grateful Dead, and his own Gov’t Mule has made him a favorite among jam band audience and guitar shredders alike. And he’s a honey-voiced singer-songwriter with a handful of albums under his own name. On Thursday, Haynes comes to town with the Ashes & Dust Band, comprising progressive bluegrass trio ChessBoxer and acclaimed drummer Jeff Sipe. CJ
INFO: 8 p.m. Rio Theatre, 1205 Soquel Ave., Santa Cruz. $29/gen, $45/gold. 423-8209.

In today’s more-brutal-than-thou metal scene, it takes a truly grotesque band to turn heads and make people pay attention. Hailing from the grimy streets of Oakland, Kinnefret is one of those bands. As soon as someone presses “play,” everyone within listening range is liable to turn their head with a look of crazed bewilderment. They may be even more shocked when they hear lead vocalist Chelsea Rocha joined by lead guitarist Artak Ozan—singing in Farsi. They’ll be joined by Stormbat, Warcorpse and Depths of Chaos for local metalhead Gianluigi’s birthday bash. MW
INFO: 9 p.m. Blue Lagoon, 923 Pacific Ave., Santa Cruz. $5. 423-7117.

New York-based folk-rocker Langhorne Slim (born Sean Scolnick) wears his heart on his sleeve in all the right ways. His 2012 album The Way We Move was one of the musical bright spots of the year, with raw, honest and soulful lyrics wrapped up in singalong-worthy melodies. Last year’s acclaimed album, The Spirit Moves, is full of joy, sorrow and introspection, and is catchy as hell. As good as Slim is, he seems to only be getting better. On Saturday, he’s joined by alt-country artist Johnny Fritz for an intimate, seated set. CJ
INFO: 9 p.m. Catalyst, 1011 Pacific Ave., Santa Cruz. $20. 423-1338.

Snowapple likes to think of themselves as a folk trio, but it might sound a bit surreal if what you have in mind is, well, folk music. The Dutch girls each bring unique elements to the ensemble. Laurien was an opera singer, and played in gypsy punk bands. Una was a jazz singer. Laura was a conductor and composer in Latvia. All these elements combined create music that is a David Lynch take on folk music. Their harmonies are creepy, and the music is cinematic and bizarre. They play the standard acoustic folksy instruments, but also include things like the glockenspiel and accordion, as well. AC
INFO: 7 p.m. Don Quixote’s, 6275 Hwy. 9, Felton. $10/adv, $12/door. 335-2800

Stylistically and culturally Habib Koité and Vusi Mahlasela have little in common, aside from the fact they’re both committed to using their gorgeous music as a vehicle for social uplift. Koité is a charismatic guitarist, bandleader and vocalist who has crafted a lapidary sound drawing on rhythms and traditions from across Mali, the ethnically diverse, landlocked West African nation that’s home to a vast array of musical riches. Mahlasela, a breathtaking solo performer, spent his early years on the front line in the struggle against South African apartheid, and he rocketed to fame upon the ascension of Nelson Mandela to the presidency. They’ve become close confederates over the course of several co-headlining tours together, buoyed by the contrast of  Koité’s earthy grit and Mahlasela’s skybound sound. ANDREW GILBERT
INFO: 7 and 9 p.m. Kuumbwa Jazz, 320-2 Cedar St., Santa Cruz. $30/adv, $35/door. 427-2227.