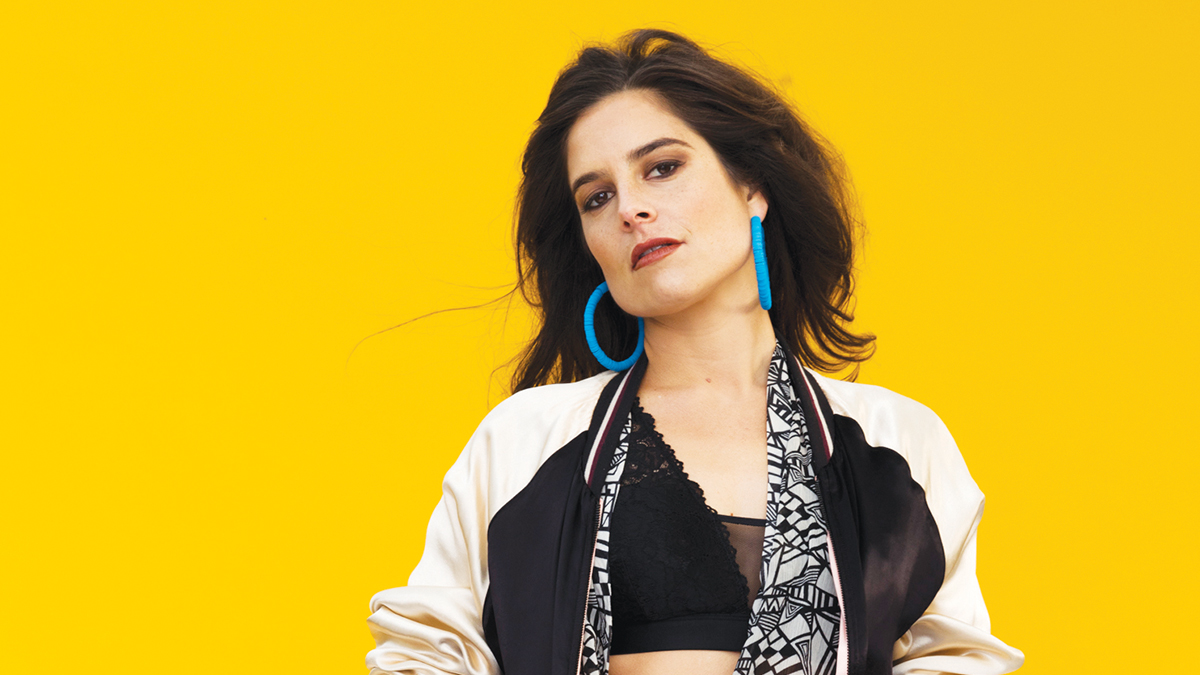 No one knows the exact moment alt-rap became an official subgenre, but whenever it was, Kool Keith had already been cranking out some of the weirdest rap music that existed, and will likely ever exist. He’s created countless bizarro hip-hop personas: Dr. Octagon, Black Elvis, Dr. Dooom, Papa Large, and … well, way too many more to list here. He practically invented the surreal sci-fi-infused hip-hop beat, and spits surreal non-sequiturs that casually drift into the sexually explicit zone. Even in 2019, releasing his 17th solo album, Keith, he still sounds as weird and out of step with mainstream hip-hop as ever. AC

Known as “the Hendrix of the Saraha,” Vieux Farka Touré is a serious force on the guitar. His is a sort of cosmic, kaleidoscopic Afrobeat, led by his blazing fretwork and keen songwriting. On “Bonheur,” the opener from 2017’s Samba, Touré kicks things off with a scorching trip across the fretboard, tearing through melodic passages like so much wet tissue. Then, when the band comes in behind him, “Bonheur” takes off at a gallop, conveying listeners across a landscape of stars, sand and the gentle lick of hot wind. MIKE HUGUENOR

Indie band Louiza’s blend of ’70s-pop-melody dramatics and theatre-nerd arrangements are reminiscent of cinematic soundtracks of yore and Broadway showtunes. Just picture a grainy image of a young woman in a tan trench coat, new to the Big Apple, throwing her beret into the air and twirling around joyously. Now picture a stage set of the Big Apple, where earnest young artists dance their way through life’s struggles and lack of rent control. Now put them all in cat costumes and have them break the glass ceiling before breaking out into song. Congratulations! You’ve now correctly imagined the music of Louiza. AMY BEE

Brent Weinbach is an awkward guy. So much so that in his ironically titled Appealing To The Mainstream special, he proposed that he could be for reals creepy, and did a couple minutes of jokes as a blood-thirsty Igor-type monster. As stiff and alien as his normal voice is, he switches naturally into oddly cool characters, focusing his humor on the sound of words and phrases. On the same special, he pondered the phrase “Hell nah” and did his impression of R&B Lazy Eyelids, which actually makes sense if you follow his logic. AC

Proving the phrase “when you’re here, you’re family” applies to more than one Garden, Orange County duo the Garden are, in fact, twins. Since at least 2015, when the duo signed to Epitaph, the Garden has mixed a kind of nervous, artsy post-punk with a humorous, absurdly empty lyrical approach (their second album begins: “Take your sunglasses off, and then put them on again”). What, if anything, are the songs about? Search me. Nonetheless, last year’s Mirror Might Steal Your Charm is a truly weird punk-pop outlier worth experiencing. MH

Hard work and blue-collar jobs are romanticized in Americana music, and it’s easy to fall under the spell of such sentiments when someone like Matt the Electrician pulls out his acoustic guitar and begins to croon in a sweetly earnest, delicate voice. His vocals soothe the weary soul, gently offering plaintive perspectives and promises of a better life found within the trials of the day to day, rather than the illusions of material ease. Maybe success is measured best by effort. Maybe the struggle is the goal. Maybe it’s all about the little things. AB

Some musicians never seem to age. Even as fans watch the wrinkles form, the hair frost over from salt and pepper to snow, the artist’s spirit burns just as brightly as it always has. Living legend Lee “Scratch” Perry is one of those artists, and not just because he actually has a burning candle lit during performances. At 83, the reggae artist and world-renowned producer continues his prolific career, releasing mounds of music and somehow finding time to tour. This year, Perry has already released two albums, Rootz Reggae Dub and Rainford, and just dropped a new song, “Magik,” this month. MW