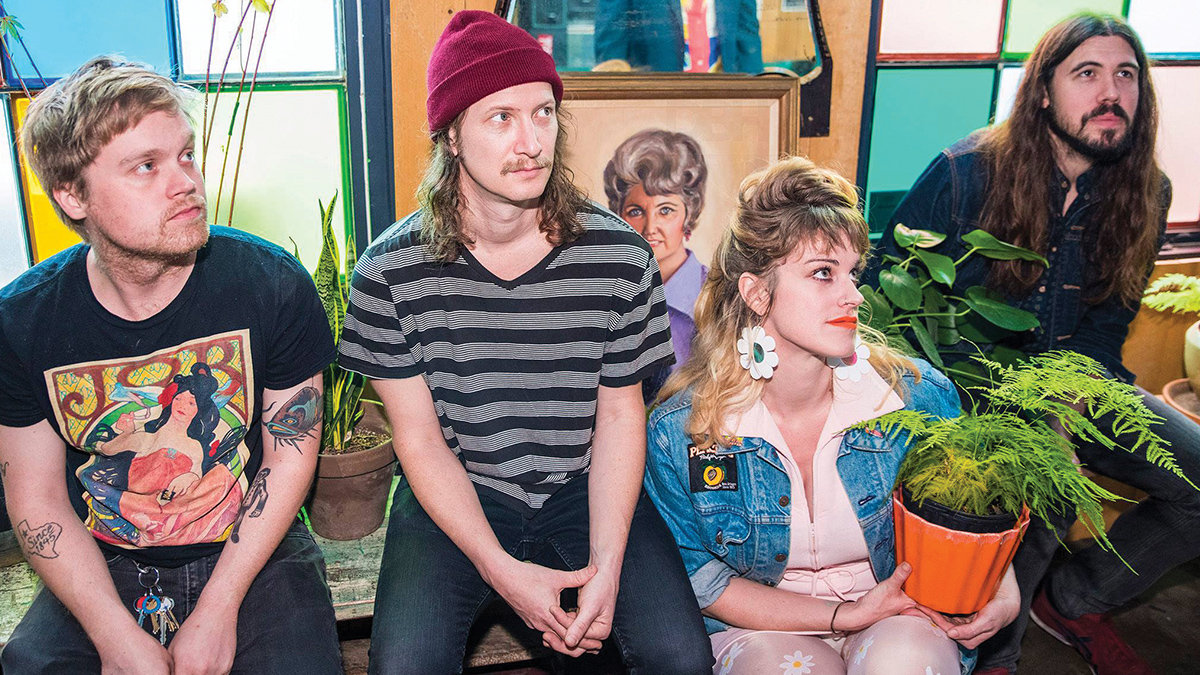 Fifteen years after their acclaimed debut, indie-folks Vetiver release their seventh album this month, and from the sound of lead single “To Who Knows Where,” these San Franciscans still know their way around the “WWWs.” That’s right, they’re as warm, weird and woodsy as ever. They may not be as freaky as when they were collaborating with Devandra Banhart back in the aughts, but they still gently rock, and dish out songs crackling with the insular warmth of a moonlit campfire. MIKE HUGUENOR

Long before it was the home of the Company That Will Kill Us All, Seattle was the birthplace of grunge. Washingtonian rockers Loose Wing remember those be-flanneled halcyon days, taking the best bits of ’90s coffee shop rock (its direct and folk-like simplicity) and adding the chorus-pedal-and-crash-cymbal aesthetics of northwest grunge. Were it released in ’93, mid-album track “Wear Me Out” could have topped alt rock charts alongside 4 Non Blondes and R.E.M., its dolorous chorus bursting forth like a beam of sunlight, singular and alone in a sky heavy with clouds. MH

Ali Shaheed Muhammad, who cut his teeth DJing and producing for A Tribe Called Quest and Adrian Younge, is a brilliant composer who scored the music for Black Dynamite. The two first worked together on the Souls Of Mischief album There Is Only Now in 2013. This led to a proper album collab and some of the best soundtrack music in the past decade with the Luke Cage score, featuring that old-school jazzy, sweeping orchestral soul music of the classic Harlem era. The duo just released the sultry “Harmony” featuring Loren Oden, and have a sophomore album set to release in 2020. AC

Berkeley native Chris Riggins’ first stand up was opening for Dave Chappelle in 2009. What does that do to a fella? It might be too much ego-building too fast. Or it might be a wake-up call to keep your day job. But Riggins survived, rocking comedy sets all over the U.S. and hosting the hell out of fun Bay Area comedy events. He’s got a laid-back style and a talent for pinpointing what’s funny in all our daily hurts and struggles. In fact, his bio even says Riggins will “make you laugh until it feels good.” A prediction earned from opening for Dave Chappelle, perhaps? AMY BEE

If you’ve got a fever and the only prescription is more 80’s synth-pop, then the cure is Go Fever. This New-Wave-in-2019 group from Austin descends upon our beach town in an all-out assault on silence. With their 2017 debut LP and sophomore EP released earlier this year, Go Fever is part Cage the Elephant and part Bangles, while still tipping a heavy, bedazzled nod to the decade that brought us big hair, big earrings and big issues. MAT WEIR

Lap steel guitarist Patti Maxine is a local treasure. Over the years, she’s sat in with more Santa Cruz musicians than she can count, usually choosing to step out of the spotlight, despite her incredible talent, and help whoever she’s playing with sound their best. Joshua Lowe is an incredible local roots musician that convinced her to form a proper duo. They bring the best of both of their worlds to stages all over Santa Cruz county. The duo released Family earlier this year. It’s all that’s great about Santa Cruz’s Americana scene wrapped up into 8 wonderful songs. AC

After the early ’90s wave of gangsta rap broke over the nation, hip-hop rose to the top of charts and never looked back. Like punk, once it reached the top, it became safe. Rap became the music of millionaires, business execs and anyone trying to sell a lifestyle most of us won’t attain. But somewhere the last part of this decade, a hip-hop renaissance broke over the internet with acts like XXXTenacion, Lil Peep and yes, Ski Mask The Slump God. At 23 years old, this rap star has been in the limelight, keeping hip-hop dangerous, wild and real with music influenced by Wu Tang and Busta Rhymes. MW

Motoshi Kasako has taken the angelic sounds of the harp and infused a jazz sensibility into the instrument. Fretless bassist Michael Manring has spent the past several decades making his instrument sing like a singer’s voice in the context of jazz and new age. The two instrumentalists have joined forces to create a kind of experimental music that is overflowing with so much beauty, you’ll swear you’re approaching the pearly gates, and that the music is much better than you ever expected. AC

Rather than maintaining a steady band, Berkeley saxophone star Joshua Redman draws on a small but deep pool of players. Featuring pianist Aaron Goldberg, and the insuperable rhythm section tandem of bassist Reuben Rogers and drummer Gregory Hutchinson, the quartet he brings to Kuumbwa has been touring and recording intermittently for two decades. The ensemble debuted on 2000’s Beyond and 2001’s Passage of Time, an ambitious pair of albums on which Redman stretched his wings as a composer/arranger. He didn’t document the group again until the March release of his latest album Come What May. An impressive session featuring seven original Redman compositions. ANDREW GILBERT