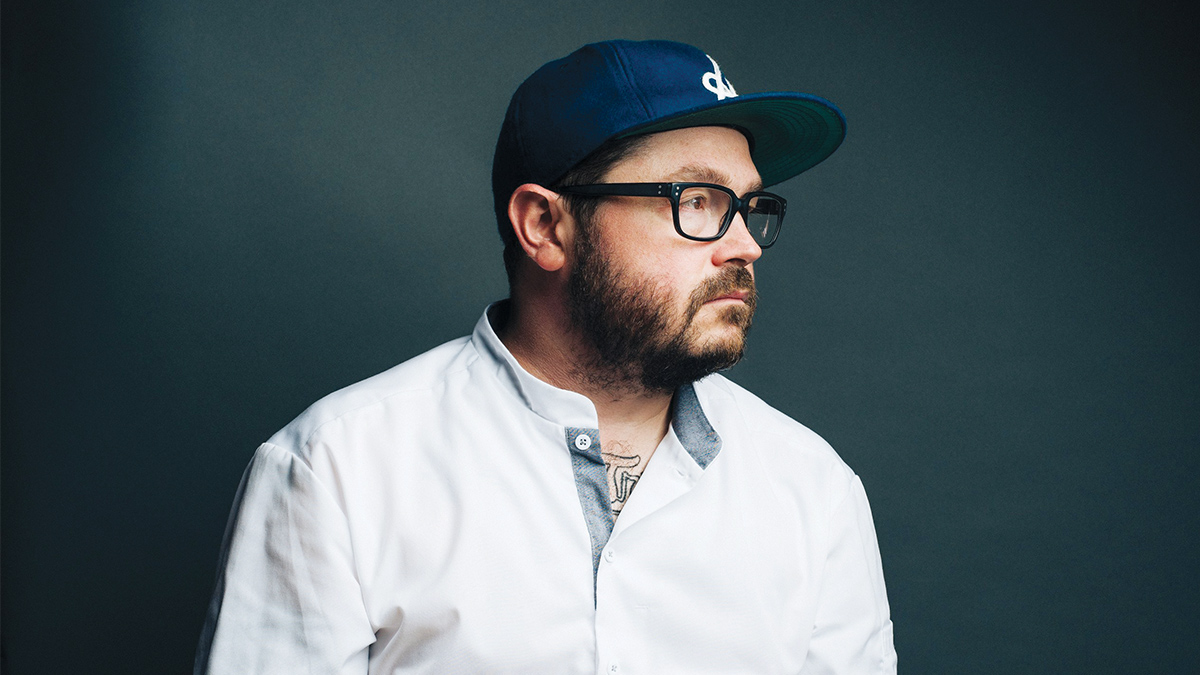 Alongside Ken Burns’s glorious recent multi-part documentary Country Music, the publication of Sean Brock’s new cookbook, simply titled South, marks a mini-moment, even a kind of re-evaluation, for the region of the country known as the South.

Southern culture has always hidden in plain sight in the larger American mainstream, and the rest of the country has never been able to escape its gravitational pull. But red state/blue state divisions tend to oversimplify regional differences. And the South is particularly prone to cartoonish portrayals.

Brock is nobody’s idea of a cartoon. A superstar of the American kitchen—he’s won the prestigious James Beard Foundation Award, and has starred in The Mind of a Chef on PBS and Neflix’s Chef’s Table—Brock is also an amateur anthropologist and evangelist for Southern cuisine. He comes to UCSC on Nov. 11 in an event co-sponsored by the university’s Center for Agroecology and Sustainable Food Systems and Bookshop Santa Cruz. He will be interviewed on stage by Oakland chef Tonya Holland.

Brock’s new book is his second, a follow-up to 2014 New York Times bestseller Heritage. One of the overarching themes of South is Brock’s insistence that the South is not one monolithic thing, especially when it comes to cuisine. The book, in fact, features side-by-side maps of the South and continental Europe, emphasizing their comparable sizes, but making a point about similar diversities in culture.

Brock grew up in a small town called Pound in southwestern Virginia, which is Appalachian mountain country, much closer to Kentucky and West Virginia coal country than Washington, D.C. But he made his name as an executive chef in Charleston, South Carolina, the South’s most elegant and historically resonant coastal city.

“In my opinion, they could be different countries,” he says of the difference between his native home and Charleston. He arrived in Charleston as a teen, a food prodigy eager to show what he can do in the South’s cuisine capital. But he found the culture shock severe.

“That was the first moment when I was just knocked back—‘Holy Cow, I don’t know what any of this food is. And nobody here knows what any of my food is.’”

If many of the recipes are exotic outside the South, Brock says his food can seem that way within the South as well. Case in point is the pawpaw, which is, says Brock, “a bizarre hillbilly tropical fruit.” It resembles an avocado, but with yellow flesh that tastes somewhere on the continuum between a mango and a banana. The pawpaw was an essential part of Brock’s Appalachian upbringing, but when he arrived in Charleston, no one had ever heard of it.

“That was one of those things that blew people’s minds, that people still talk about,” Brock says of the fruit, which became kind of a sensation in Charleston. “People started buying trees and planting them so they could have pawpaws.”

Another case of an Appalachian delicacy that never traveled outside the hill country was “sour corn,” a fermented dish that Brock says was a “mash-up between Native Americans and the Germans. It’s the sauerkraut of corn. I grew up with it my entire life.”

Brock got into the habit of serving the dish to friends unfamiliar with it, but not warning them of its sourness.

“You hand someone some sour corn and they put it in their mouth. Nine times out of 10, they just spit it out on the plate,” he says with a laugh. “You associate corn with sweetness. And when your brain is expecting sweetness and you get sour, it detects a threat, so you spit it out.”

The new cookbook is a meditation and examination of many staples of the Southern diet—it may, in fact, be the definitive text on cornbread—and takes a neo-primitive view of the purity of ingredients (the man makes his own bologna). Brock is an advocate for looking at food through the interplay between four basic themes: natives, immigrants, geography, and ingredients.

South explores the basics of Southern cooking, many of which have been weighed down by decades of stereotypes. Okra, for instance, is a Southern staple that has had problems translating outside the South, thanks mostly to a high slime factor in its preparation. Brock’s new book contains a recipe that reduces the slime—hint: grilling. “We have to convert all these okra haters into okra believers,” he says. The book also goes deep into greens, grits, fried chicken, catfish, and cured country ham. Because of religious restrictions, Brock never tasted pork growing up. Now, he’s a pig completist. In the book, he admits that fried pig ears are one of the dishes he’s most known for.

Brock is also quick to expand his purview from strictly food to the currents of class, race, immigration, and history that influenced the cuisine. Charleston’s food is unique in the world, he says, because of its status as a cultural crossroads. “The original rice planters were Venetians, and the original slaves, very briefly, were Native Americans,” he says. “Then, English, French and West African influences started coming in, which meant not only different flavors, but different ingredients, plant varietals, animal breeds, and traditions.”

Brock opened a high-end Southern-style restaurant called Husk that grew into a mini-chain of four, first in Charleston, then in Savannah, Nashville, and Greenville, South Carolina. In 2020, Brock plans to open a new restaurant near his home in Nashville. It will be called Audrey, an homage to his Virginia grandmother, the inspiration for his cuisine.

In his own way, Brock is not only a historian, but a futurist. The emphasis on convenience in the industrial food system has had a devastating effect on American food, and Southern food in particular, he says. That age of convenience over flavor and nutrition may be coming to an end.

“Now, we’re getting to a much better place where those ingredients are coming back,” he says. “I see a completely different South in five years, in 10 years. I see something totally different. We are such a young country. We have traditions that haven’t even started yet, that one day will become historical traditions of the South. You draw a timeline from 1650 to 2080, say. We’re just a blip on that timeline. We still have so much to explore, so much to discover, and so much to create.”

Sean Brock, author of ‘South: Essential Recipes and New Explorations,’ will be in conversation with Tonya Holland on Monday, Nov. 11, at 7pm at UCSC’s Cowell Ranch Hay Barn. Tickets $45 each and include one copy of the new cookbook. bookshopsantacruz.com.