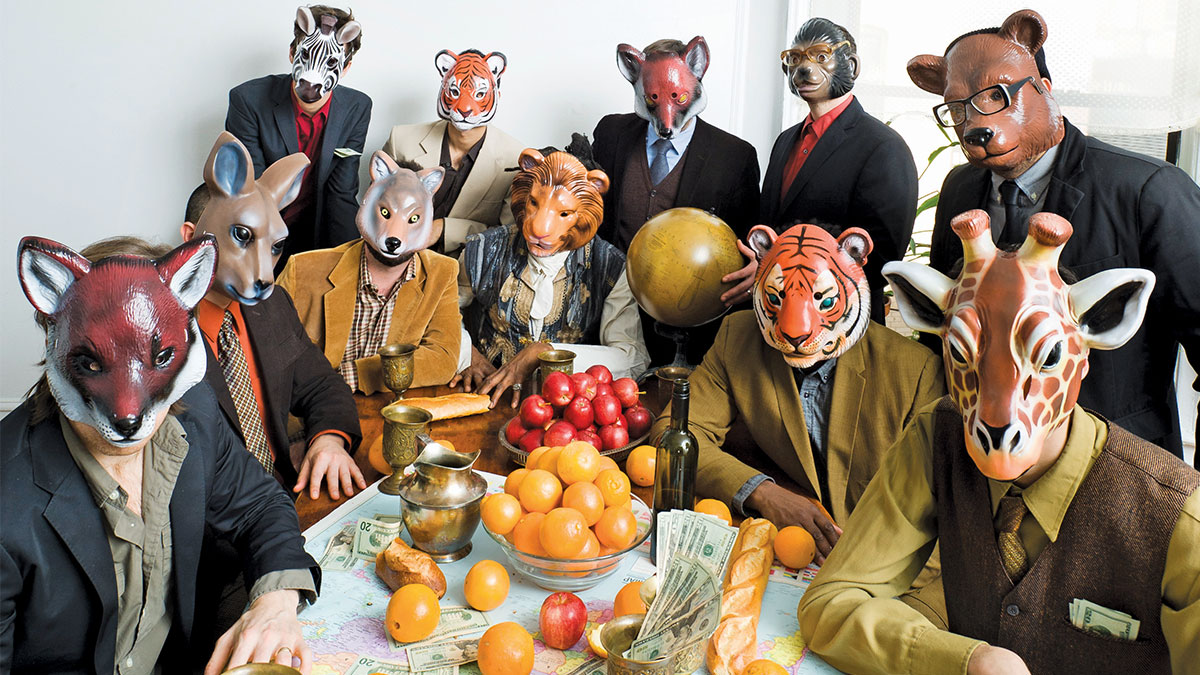 Laura Cortese is a Bay Area-born, Boston-based singer-songwriter and fiddler. As frontwoman for the Dance Cards, Cortese leads the group through a repertoire of folk, roots, acapella and instrumental roots music grooves that “inspire Cajun two-stepping and rock-n-roll hip swagger.” Comprising Cortese, Valerie Thompson on cello and vocals, Jenna Moynihan on fiddle and vocals, and Zoe Guigueno on bass and vocals, the Dance Cards easily morph from string band to string quartet to pop outfit with ease. Also on the bill: acoustic duo Paper Wings and clawhammer banjo player Evie Ladin. CJ

It wasn’t that long ago that L.A.’s Dustbowl Revival was being described as the kind of band that would be right at home in the “Preservation Hall of New Orleans’ French Quarter.” It was apt at the time. The ensemble was a frenzy of infectious Americana with Dixieland jazz, bluegrass and folk spilling over into one another to delightful results. On the new record, not so much. What we’ve got here is a straight-up R&B album, although all those other influences still play a part. AC

Inspired by Japanese psychedelic rock, German krautrock and tons of coffee, Earthless has been blowing minds since 2001. Featuring professional skater Mario Rubalcaba (also of Off! and Rocket from the Crypt) on drums, Mike Eginton on bass, and Isaiah Mitchell (Lions of Judah, Nebula) on guitar, this instrumental power trio unapologetically blasts into the core of the psychedelic genre with one hand on the wheel and the other on the nitrous booster. MAT WEIR

As a founding member of the Carolina Chocolate Drops, Rhiannon Giddens helped bring the black string band tradition back into the spotlight. It wasn’t until she left the group, however, that the full scope of Giddens’ talent was revealed. A singer-songwriter multi-instrumentalist whose musical comfort zone seems to have no bounds, Giddens winds her way through early-American folk music, blues, soul, jazz vocals, gospel, country, pop and more to reveal an artist well-versed in tradition and moving American music forward in exciting ways. Now several celebrated albums into her solo career, Giddens is one of the most important voices in the contemporary music scene. CJ

There’s been a vibrant afrobeat scene in Brooklyn for a while. A lot of credit goes to Antibalas, who formed in 1997 and brought the African fusion sound to the Big Apple. Afrobeat originated in Nigeria with Fela Kuti, but Antibalas originated in Mexico City, beginning in earnest when the members relocated to Brooklyn. The latest record, 2017’s Where The Gods Are In Peace, is a vibrant, funky jam that could almost work as the score for a chase scene in a really weird ’70s B movie. AC

Ward was an indie-folk darling when he first came to public attention in the late ’90s. Over the last 20 years, the Portland, Oregon-based singer-songwriter has proven himself to be a lasting presence in the genre and an accomplished collaborator and producer, to boot. His own work tends toward introverted, catchy acoustic folk music, but his collaborations—including She & Him with Zooey Deschanel, and Monsters of Folk with My Morning Jacket’s Jim James, Bright Eyes’ Conor Oberst, and Mike Mogis—stretch from radio pop to underground rock. His production credits include work with the legendary Mavis Staples and singer-songwriter Jenny Lewis. His latest album, 2016’s More Rain, is perfect listening for an introspective pajama day. CJ

Bay Area rapper Sage the Gemini returns to Santa Cruz with both feet on the gas pedal. For the last nine years, he has cultivated hit single after hit single, expanding his music beyond the Yay. Along with P-Lo, Iamsu! and others, Sage is part of the HBK Gang (HBK stands for “heartbreak”) and was featured on their 2013 mixtape Gang Forever. This past July, he dropped his unannounced, 15-track mixtape Morse Code, but fans are still anxiously waiting for the follow-up to his 2014 debut, Remember Me. MW

Delicate Steve sure knows how to throw a party, but do be careful if you attend his Halloween Extravaganza—he’s fragile. At least you might assume so by his name and contemplative poses on his album covers. But on his records, he kind of sounds like both an arena rocker and an indie bedroom loner at the same time. The whole thing is pretty weird. When Steve hit the scene in 2010, he had Chuck Klosterman write him a fake bio, which was taken as fact, and then later exposed on NPR’s All Things Considered. AC

Indie-rock out of San Diego. Wednesday at Catalyst