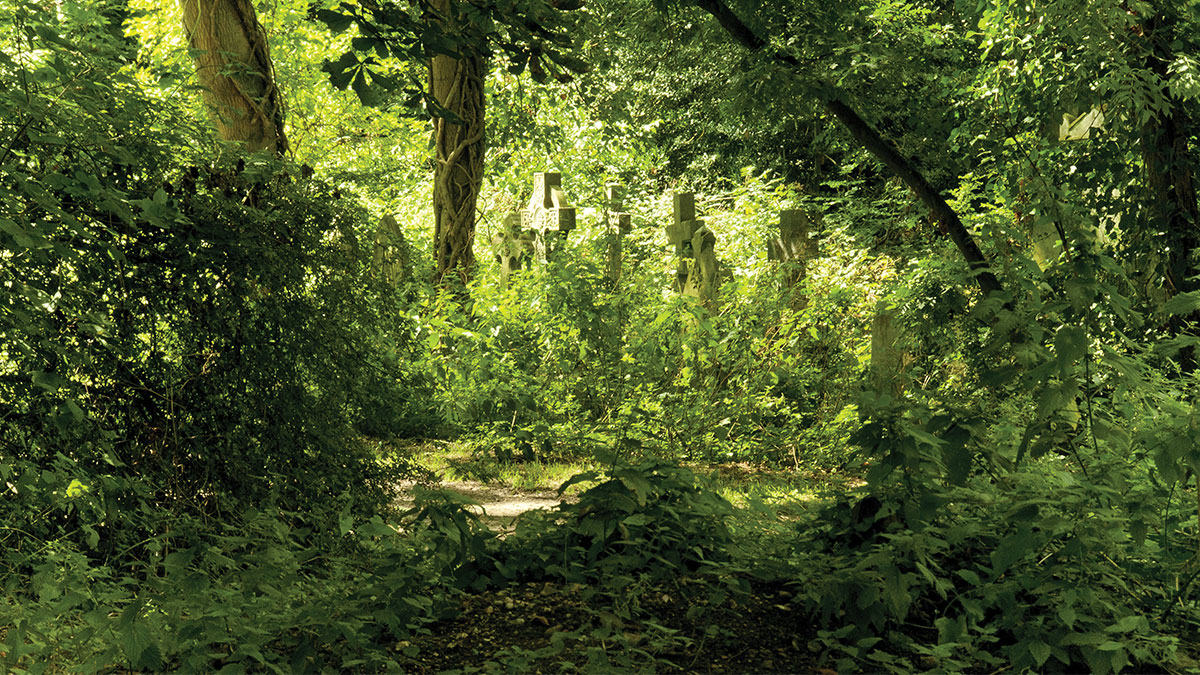 From the hurricanes of September, which caused unprecedented damage and displaced hundreds of thousands, to a fire season that brought the largest firestorms in California history and is now 50 days longer than it was just a few decades ago, the latest news in climate change has crescendoed to an apocalyptic chord. We’ve reached a point where neglecting to adopt greener, more sustainable behaviors is not just ignorant and dangerous to future generations, it’s self-canceling.

Cremation, long considered to be the “greener” alternative to traditional burial, requires the natural gas equivalent of driving 500 miles, notes Caitlin Doughty of the “Ask a Mortician” web series. Or, about two SUV tanks of fuel per body. Cremation also doesn’t fit into the desirable concept of returning to the Earth from whence we came, to enrich the soil and push up wildflowers.

“In a traditional cremation, the ashes that are left over, inorganic bone fragments, form a thick chalky layer that, unless distributed in the soil just right, can actually hurt or kill the tree,” says Doughty in an April Ted Talk.

In traditional burials, the body is pumped full of carcinogenic formaldehyde and rubbing alcohol, placed in a hardwood or metal casket with rubber sealant and lowered into a vault of concrete or metal. Not only does this use a lot of resources, but, “When you choose burial at the cemetary, your dead body is not coming anywhere near the dirt that surrounds it,” says Doughty, and food for worms, you are not. The expensive process of embalming with chemicals for sanitization reasons is also moot, she points out, since a dead body is only dangerous if it has been consumed by a wildly infectious disease like ebola.

Whether they mean to or not, she says, the multibillion-dollar funeral industry, with its sterile, out-of-sight, out-of-mind practices, promotes this idea of human exceptionalism—that it doesn’t matter what it takes, how much it costs, or how bad it is for the environment, because humans are worth it.

Doughty, who runs a funeral home in L.A., is among a new wave of funeral directors and environmentalists looking for a more eco-friendly way of dying. One such new option is composting, or “recomposition,” which people have been doing with cattle and other livestock for years, says Doughty, and which is being put to the test at Western Carolina University’s outdoor human decomposition facilities—one of just six in the country. Bodies are laid in a nutrient-rich mixture that reduces the body, bones and all, to soil. “In those four to six weeks your molecules become other molecules. You literally transform,” says Doughty.

Another option on the rise is green burial. There are 93 registered green burial sites in the country. The closest one to Santa Cruz is Mill Valley’s Forever Fernwood green cemetery, which since 2004 has been offering green burials of un-embalmed bodies. Most choose to be wrapped in a cotton shroud or provide their own pine box, and stones or simple GPS are used to mark the plots, which run from $6,500-$9,700.

Perhaps the greenest prospect, though, are conservation burials, where large swaths of land are purchased by a land trust.

“The beauty of this is that once you plant a few dead bodies in that land it can’t be touched, it can’t be developed on. It’s the equivalent of chaining yourself to a tree, post-mortem,” Doughty says. It’s a way for the dead to blend seamlessly into dedicated green spaces in both rural and urban areas. “Most importantly, they offer us once again a chance to just decompose, in a hole, in the ground,” says Doughty. “The soil, let me tell you, has missed us.”