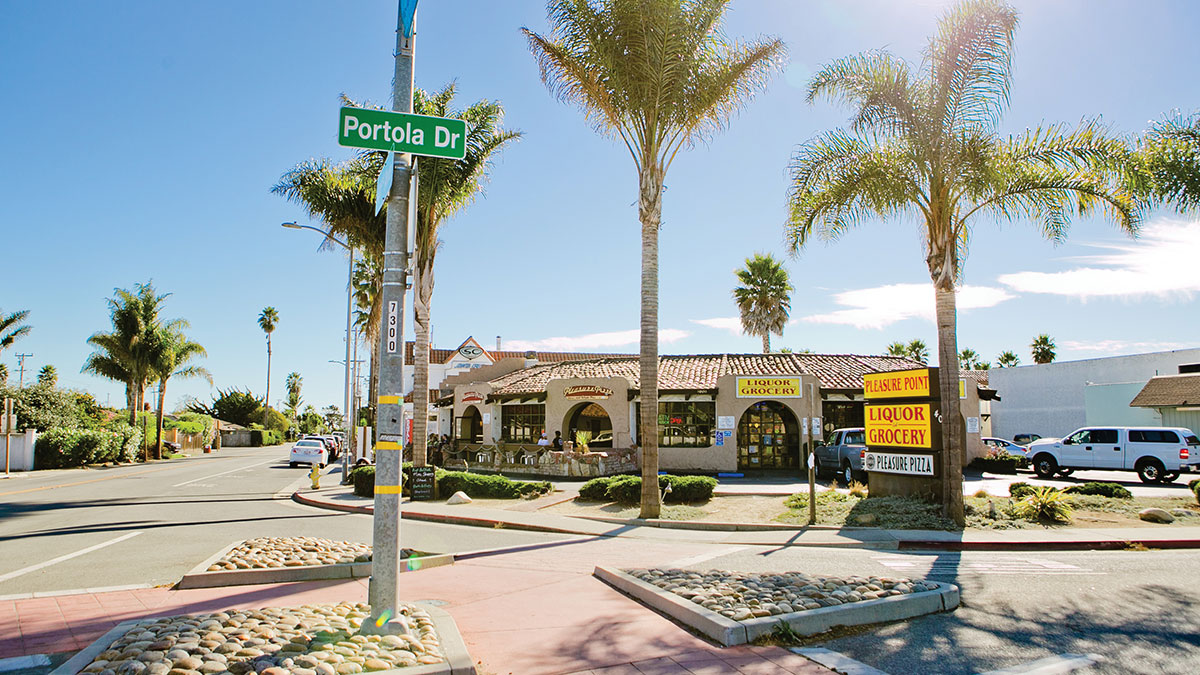 Bob Morgan, a longtime resident of the Live Oak area near Pleasure Point, admits that Santa Cruz County’s communities are likely to grow, paving the way for newer businesses and new housing.

But Morgan hopes that as they do, the county retains the character of areas like Live Oak, Aptos and Soquel that make each a desirable place to start with.

“Density is a fact of life,” Morgan says, adding that building more in established areas preserves the natural environment near given neighborhoods. “But you have to do it intelligently, because you could really ruin a community if you do it wrong.”

Corridor rezoning efforts may have garnered more attention in the city of Santa Cruz, where planning staff, council members and locals have disagreed over plans to update zoning codes for increased density on the city’s busier streets. But several unincorporated areas of Santa Cruz County have also been targeted for development with a similar aim of boosting the local economy and providing housing to a region with rising rents. That’s left residents wondering what’s next.

Morgan has lived in his neighborhood since moving from San Francisco 27 years ago because he felt the community was ideal for raising a family. “It’s important to preserve that element,” he says.

On a sun-kissed Saturday morning in September, 100 or so residents filed into the auditorium of the Live Oak Elementary School to debate design features that are likely to guide future development for decades to come, with a focus on the Pleasure Point area.

Like Morgan, most neighbors welcome development in the transportation corridor at the intersection of 41st Avenue and Portola Drive, but they also want any new buildings to slip seamlessly into the funky, unique character of the neighborhood.

During the meeting, residents broke into groups of eight to 12, discussing their visions for the future. Conversations ranged from heated debate to more gentle disagreements. By the end, several overlapping areas of agreement emerged: two-story buildings that increase density while still preserving views of the Santa Cruz Mountains; fewer driveways onto Portola to reduce collisions and congestion; an emphasis on bike and pedestrian transportation; dedicated lanes and turnaround spaces for delivery trucks, which otherwise clog the streets during the day; businesses that cater to residents, rather than tourists.

“It’s good for the community to be in sync,” says District 1 Santa Cruz County Supervisor John Leopold, whose jurisdiction includes the commercial district of lower 41st and Portola, already home to businesses like Zameen at the Point, Freeline Surf Shop, Chill Out Café and two Pleasure Point Pizzas. “Instead of fighting over individual projects, I thought it would be better if we could collectively decide what we want.”

Leopold says that most residents realize change and development are coming to Santa Cruz County, as the region grapples with growing pains reflected in a housing crunch that’s caused escalating prices in both the rental and real estate market.

The county Board of Supervisors unanimously approved the Sustainable Santa Cruz County Plan in 2014 to provide a guiding document for land use, zoning, transportation and infrastructure improvements in urbanized areas.

The lower 41st area near Portola is on the forefront of a public process as the county seeks to involve community residents. The plan also seeks to guide development in Soquel, Aptos and Seacliff village centers, as well as around the Dominican and Sutter hospitals on Soquel Drive and in the areas fronting Highway 1.

These so-called “transportation corridors” are the center of future county plans, similar in concept to discussions in the city of Santa Cruz, where planning officials have been looking at updating the zoning code in four of the city’s major thoroughfares—Water Street, Mission Street, Ocean Street and Soquel Avenue—in some cases expanding the allowable height of buildings and the density of residential occupancy.

Unlike in the city, Santa Cruz County leaders haven’t endured much hand-wringing over their plans, perhaps because county officials haven’t put forward any major changes to height allowances.

That may change, as plenty of projects are in the pipeline.

At 3800 Portola Drive, the Lumberyard Project—a three-story development with commercial elements like coffee shops or artisanal markets on the first floor and space for residential condos on floors two and three—exemplifies the type of project that is likely to come.

Another possible project, 10 years in the making, calls for 10,000 square feet of commercial office space on the ground floor and 18 residential units on the second floor at 40th and Portola, assuming the developer can secure financing.

Rancho Del Mar in Aptos is getting a serious facelift, with TRC, the shopping center owner, investing $10 million to renovate. Many residents have welcomed the changes, but several of the small businesses there are unlikely to survive looming rent hikes.

The county’s poised to announce the sale of two parcels to separate developers—one near 17th Avenue and Capitola Road and the other at the upper Santa Cruz Harbor, off 7th Avenue.

The East Cliff Village may get overhauled too, and a hotly contested Nissan dealership is coming to upper 41st Avenue at Soquel Drive.

The county created the economic development team in 2012, looking to bring more vitality and businesses to unincorporated areas, while boosting local tax revenue. A newer focus has been building new housing. Barbara Mason, the county’s economic development coordinator, says that some studies have shown the region has a 15,000-unit housing deficiency countywide.

Local businesses, she says, feel hamstrung by a workforce that they don’t feel is sufficient.

“It’s by far the number one thing businesses complain about,” Mason says. “Businesses want to create more jobs, but they can’t service expansion in the county without new housing. It’s a real problem.”

Mason says that denser three-story buildings may be necessary to accommodate housing demand, even though neighbors at the Pleasure Point meeting felt strongly about restricting new buildings to two stories. “We would be thrilled to build to the density that is already allowed in our code,” she says.

She says the county is desperate enough for housing that it needs to build wherever possible, while creating an environment that’s easier on local businesses.

Leopold, who thinks the county can actually be both, says he’s heard from residents across the county at community meetings that they want to see economic growth. But he says that has to be done carefully, taking into account the wishes of those who live in the county’s more urban areas.

“Everything just works better when you get the community involved in the planning process,” he says. “You need a lot of voices for it to work. Some of them can be professional, but some are there just because they care.”

Update 11/07/17 1:55 p.m.: We incorrectly reported Barara Mason’s title. She is the county’s economic development coordinator. Also, we originally misreported the exact location for the proposed development on Capitola Road; one is near 17th Avenue and Capitola Road and the other is at the upper Santa Cruz Harbor, off 7th Avenue.

Next Article5 Things to Do in Santa Cruz This Week