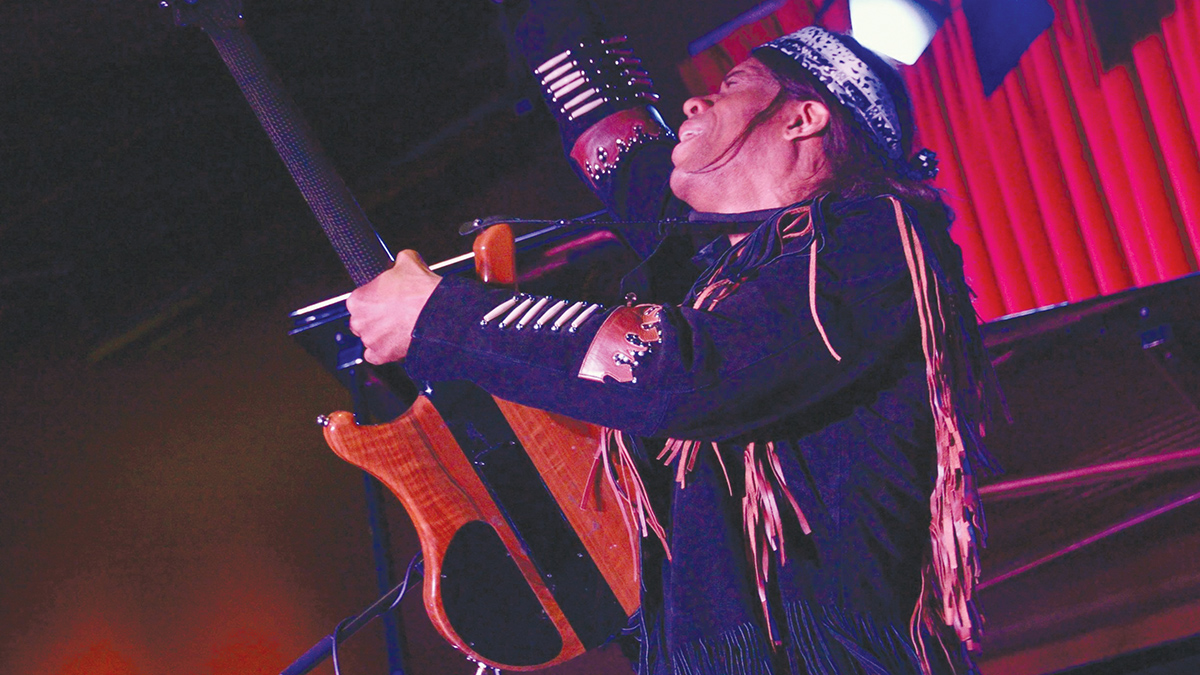 What do the Kingston Trio, Mary Chapin-Carpenter and the Grateful Dead all have in common? They’ve all recorded songs written by storyteller and musician Eric Andersen. Andersen was inspired by Elvis, took part in the 1960s Greenwich Village scene and was even dubbed a “great ballad singer and writer” by none other than Bob Dylan. And speaking of Dylan, performing with Andersen will be acclaimed violinist Scarlet Rivera, who was part of his Rolling Thunder Revue. MAT WEIR

Ontario rapper Eddy Baker spits bars over hard hitting beats like the best of them. He’s also one of the few hardcore hip-hop heads to release a synth-pop record. This new EP, I Hope This Helps, is a mesmerizing batch of six songs that sounds plucked out of ’80s MTV, then washed in acid and given the transcendental vibe of a ’70s cult. Does it make sense? Not exactly, but it’s one of the most interesting releases of 2019. AC

If, like me, you love yourself some weepy music, Left At London will hit all the buttons. She can get political, or ruminate on her trans experience, or lesbian experience, or Borderline experience; in fact, all of those discussions show up in her witty, slightly odd, mega charming and personal lyrics. And her bold voice, full and unadorned, sings plaintively and intimately about ADHD and Autism. But it’s the heartbreak factor that holds it all together, keeping her sad alt-pop bittersweet, achingly earnest, and totally lovelorn.  Oh yeah, eyes are misting up. AMY BEE

Keith Greeninger remembers the old Valley. Not the silicon one, but the Valley of the Heart’s Delight: an agricultural landscape that existed long before the brogrammers discovered IPAs. With just his dusky voice and restrained acoustic work, Greeninger recalls this rugged, unguarded era through Steinbeckian folk songs about lovers, and dreamers. Joining him is skilled guitarist and songwriter Dayan Kai, a fellow musician cut from the same roots-music cloth. Longtime friends, the two complement each other musically. They’ll co-headline with Fred Eaglesmith at this release show for Greeninger’s new album. MIKE HUGENOR

Paco Romane is one of those guys who’s done a little bit of everything, from stand-up, acting, writing, and improv to voice-overs, podcasts, and producing comedy shows like the The Charm Offensive. He’s also one of those guys who wins awards and titles while doing so. Known as a versatile mash-up of everything comedic, Romane is a natural entertainer ready to riff on bad breakups or poke fun at himself and his everyman physique. If you head to his show, prepare to be charmed by Romane and his easy-going, self-effacing ways, but remember: no hugs. Romane is a strict non-hugger. AB

Last month, local reggae-rockers Soulwise released their new album Healing Power. It’s got the laid-back grooves and smooth harmonies that has made the group one of the most popular Santa Cruz reggae bands on the current scene. Fans will appreciate how pristine the recording is; it captures the beauty of their music. Even though the album’s been out for a month, the group hasn’t properly celebrated its release unto the world. So join the group to do so at Moe’s, with other local and regional reggae acts Harbor Patrol, Hijinx and Shawn Yanez. AC

Oceanography describe their music as a Raymond Carver story set to a beat. Maybe that’s a little too on-the-nose, but it’s not necessarily wrong. Brooding and yowly, the Oakland band specialize in a kind of Walkmen-meet-Arctic Monkeys cool that could reasonably be called “What We Talk About When We Talk About Indie Rock” (between swigs of gin in a silent room, of course). The singles from last year’s Collier Canyon take stadium-sized power-pop riffs and compress them down to pill form, perfect for popping to mask your suburban ennui. MH

Stanley Jordan was a budding 11-year-old pianist when Jimi Henrdix’s 1970 death inspired him to take up the electric guitar. By the ’80s, Jordan entered the guitar pantheon himself with his extraordinarily ambidextrous tapping technique. In paying tribute to his seminal source of inspiration, Jordan isn’t just playing songs associated with Hendrix. Decked out in vintage psychedelic garb, he channels the volatile spirit of the iconic guitarist. Hendrix was collaborating with some of jazz’s greatest artists in the months before his death and had been talking with Miles Davis about jamming. Jordan imagines what might have happened. ANDREW GILBERT

Celebrating their 17th year together, post-rockers Caspian are not showing any signs of slowing down. Then again, they’re not showing any signs of speeding up either. Despite a career spanning almost two decades, the band currently has only five albums released, with their latest, On Circles, just released on Jan 24, five years since the previous record. But some things take time and Caspian’s dynamic but ethereal music is worth the wait. MW