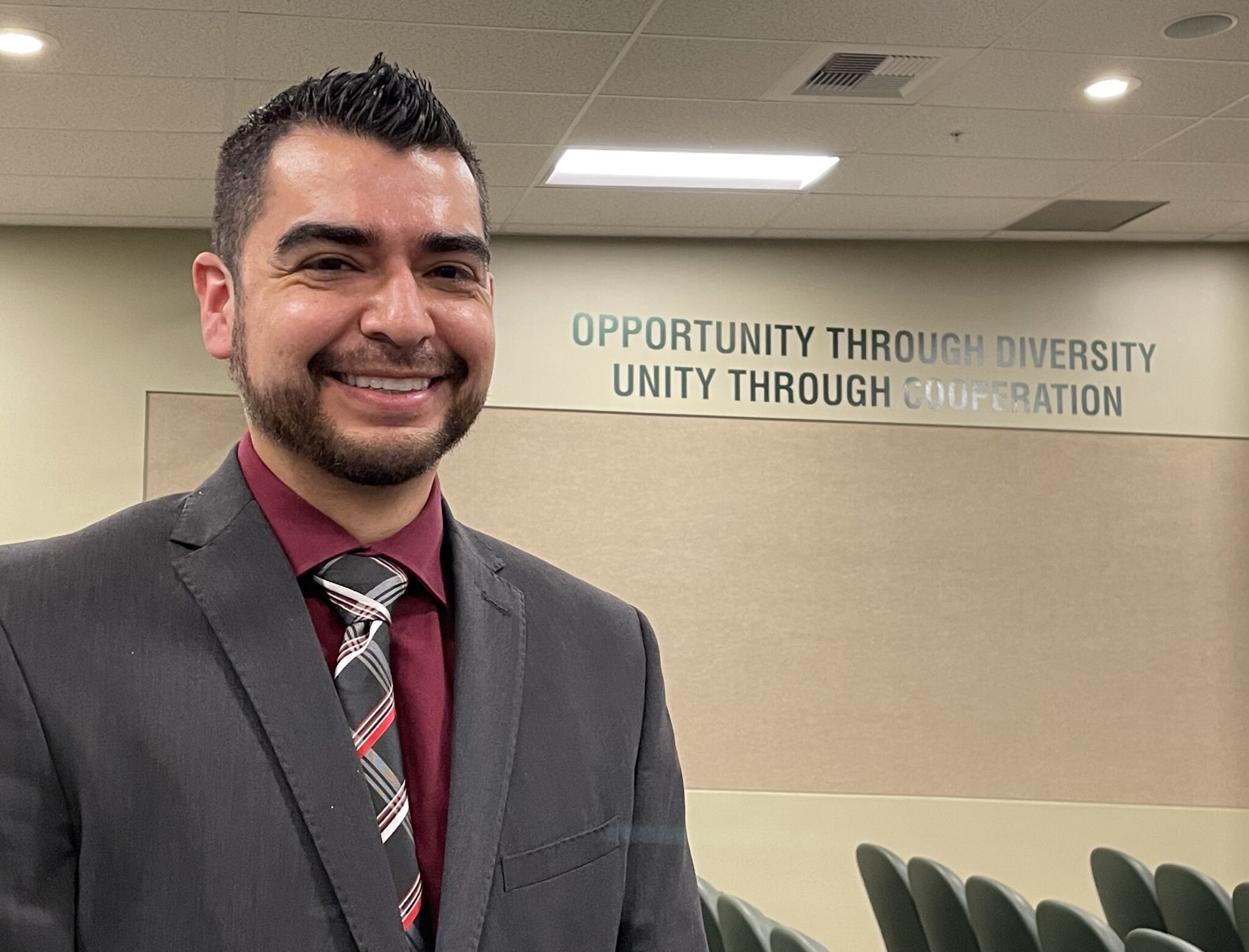 Ortiz has been with the City of Watsonville since 2010. He started as an intern for the city manager’s office before moving into the city clerk’s office in 2012 to serve as an assistant under Beatriz Vasquez Flores.

Vasquez Flores retired on March 11 after more than four decades of service with the city. Multiple city council members said Ortiz was the clear choice for the position because of his ties to the community, his years of experience, his vast knowledge of city government and his work ethic.

He beat out a handful of other qualified candidates, City Councilwoman Rebecca Garcia said. Garcia was on the hiring sub-committee with Mayor Ari Parker and Councilman Eduardo Montesino.

“The interview reflected his work ethic, and his style that I have experienced as a city council member,” Garcia said. “Whenever I have needed any kind of assistance, Irwin was there for me.”

Ortiz is a Watsonville native who attended local schools and graduated from Watsonville High School. He holds a radio, television and film degree from San Jose State University. He also attended Cabrillo College.

Ortiz, filling in as acting city clerk, conducted the roll call for the council’s unanimous decision to name him city clerk. A unified clap from the elected leaders and people in attendance followed the vote. In a brief statement, he thanked the city council for the opportunity, and his family and peers for support.

“It’s a big endeavor for me to take on. I’m happy to do it,” Ortiz said. “I’m proud of my city. I was born and raised here. I worked a variety of jobs throughout my life. I worked my way through college … I’m homegrown, I really am. Hard work really pays off.”

Ortiz also gave a special thanks to his wife, Maria Elena Ortiz, who is also employed by the city. She often takes care of their three young daughters during late-night council meetings, Irwin Ortiz said.

He will soon add another job to his growing list of responsibilities: Ortiz announced that he committed to serve as clerk for the Pajaro Valley Health Care District Board of Directors’ meetings.

“I’m continuing to do things for this community and I will continue to do them in the future,” Ortiz said.

He will be paid an annual base salary of $125,082, and be subject to an employee review in April 2023. He serves at the will of the council, meaning they could terminate his contract at any time.

A city clerk, among other things, maintains city documents and records, runs local elections and provides overall support to the city council.

His appointment means the city is one step closer to filling three key executive positions that have opened up in the past three months. Samantha Zutler was named the new city attorney late last year, taking over the role after the retirement of Alan Smith.

Watsonville is still in search of a new city manager after Matt Huffaker’s departure to Santa Cruz in December.

The city council conducted interviews with candidates over two closed sessions of Tuesday’s meeting. Initially, the city had scheduled a meeting for Wednesday to discuss the appointment of a city manager, but that gathering was canceled hours before it was set to begin.

Mayor Parker said the meeting was canceled because of scheduling issues. The council plans to meet next week to discuss the matter, she said.