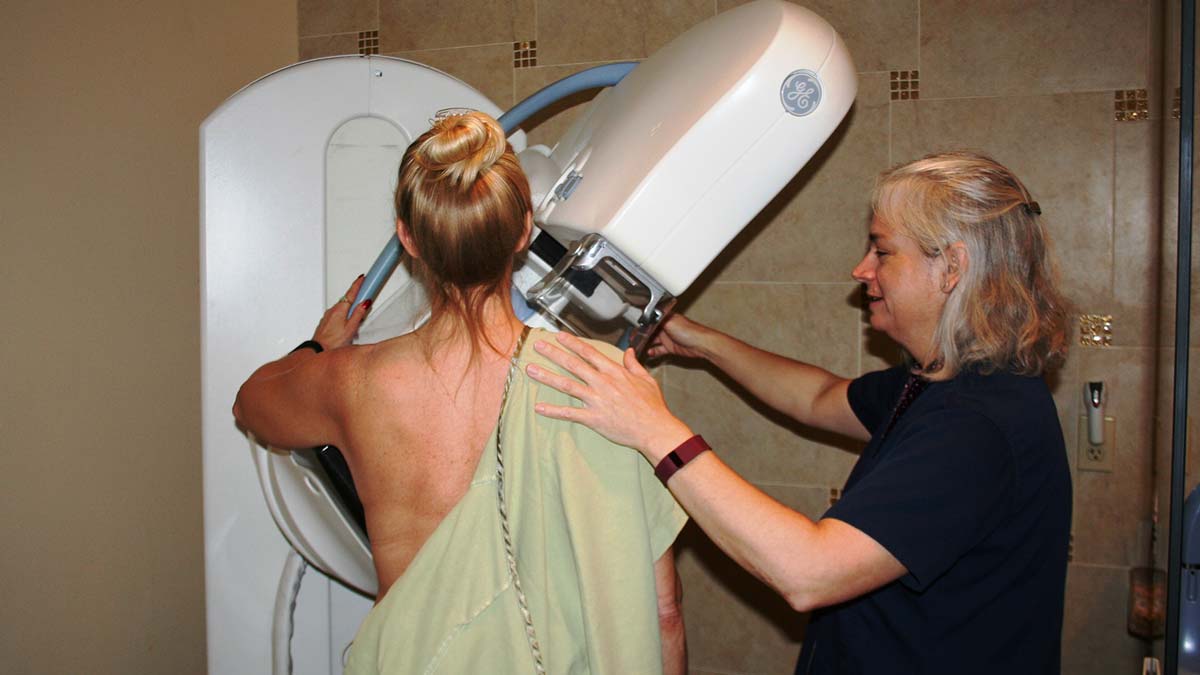 Inside a dimly lit room at one of the far wings of Dominican Hospital, Dr. Kenneth Averill is looking closely at black-and-white images, searching for possible cancer.
Averill, a diagnostic radiologist at the Dominican Breast Center, is scanning X-ray images of a woman’s breast, one by one, and examining strands of tissue, which show up white on his large computer monitor. Near the nipple of one of the breasts, those lines get closer and appear almost woven together. “You can see the convergences there, and that’s something we look for,” Averill says.
This is Stage 1 breast cancer, he says.

The survey found that 53 percent of women over the age of 40 do not plan to have mammogram in the near future, citing cost and fear of pain as the top two reasons.

For years, the only way to medically search for breast cancer was with 2-D mammography. Averill is now using Dominican’s new Digital Breast Tomosynthesis (DBT) machine, which creates 3-D mammograms. The DBT machine, which has been in operation since January, slices the breast picture into a series of different X-rays, allowing Averill to detect breast cancer with more certainty than ever.
Getting checked for breast cancer, however, is not high on some local women’s priority list, according to a new survey commissioned by Dignity Health, which owns Dominican Hospital. The survey found that 53 percent of women over the age of 40 do not plan to have mammogram in the near future, citing cost and fear of pain as the top two reasons. Women who have had mammograms did not report much discomfort, and 84 percent said they would encourage a friend or family member to get an exam.
Medical groups offer conflicting recommendations on how often to get checked for breast cancer.
Dignity Health suggests getting a mammogram every year starting at age 40, and every other year starting at age 50, which is also the recommendation from the American College of Obstetricians and Gynecologists. Other recommendations are slightly more lax. For instance, the American Cancer Society says women should get mammograms every year from age 44 to 54, and every other year starting at age 55. Experts attribute discrepancies largely to the stress and problems associated with false positives.
In the recent survey, 38 percent of respondents mentioned that they are unsure if mammograms are covered by their insurance. Dignity Health spokesperson Felicity Simmons says mammograms are covered under most health insurances plans as “routine procedures.”
Averill notes that the cost of catching cancer early is much cheaper than trying to treat it later. It is true, he adds, that the pain from a mammogram can be “significant” in some patients, although that is uncommon.
“You know who always comes in for a mammogram? Women who have had breast cancer,” Averill says. “They never miss a year.”