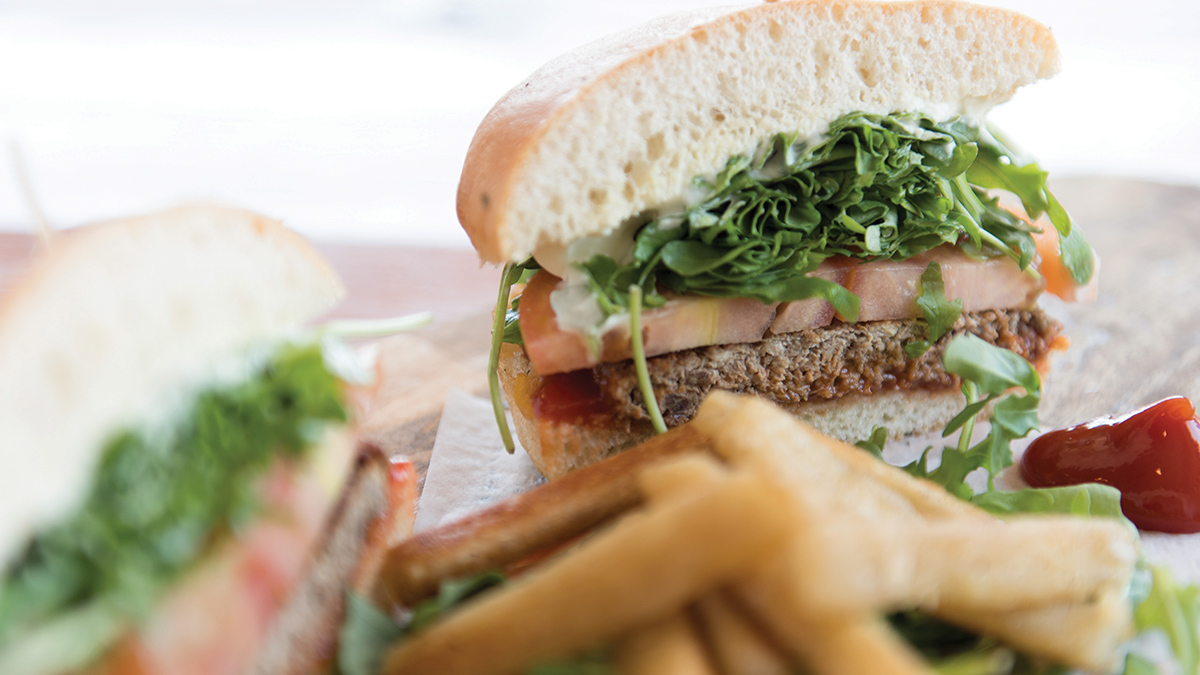 Guilt is a powerful emotion. It turns us against ourselves, quietly judging and punishing even our most negligible misdeeds. Which makes it an equally powerful market force, because in the quest for perpetual growth, businesses must constantly plumb the depths of human psychology.

Organic, fair trade, cage free, non-GMO—a rainbow of certification schemes have sprung up to comfort consumers as we learn new ways our purchases contribute to the suffering of others.

Enter a new wave of fake meat products seeking to capitalize on our fears of climate change. Also known as meat substitutes, replacements, analogues, or even the oxymoronic “meatless meat,” these lab-engineered products are designed to look, taste, feel, and in some capacity replace popular animal products like ground beef and shredded chicken.

These aren’t your weird aunt’s veggie burgers—these fake meats are aimed directly at carnivores. They’re made of strange proteins isolated from soy, potatoes, coconuts, wherever they can be found, and reverse-engineered to mimic a juicy burger. In the case of the Impossible Burger, they famously even “bleed” when you cut into them.

Beyond Meats, Before the Butcher, Field Roast, Gardein, Lifelite, Quorn: alternative meat producers have proliferated rapidly in the last year or two, with investors pumping hundreds of millions of dollars into the industry. Nestle even acquired Moss Landing plant-based food company Sweet Earth.

In Santa Cruz, you can find varieties at most grocery stores, as well as menus all over town. There’s Saturn Cafe, the Parish, Michael’s On Main, Veg On The Edge, Malone’s, Dharma’s—and even fast food chains. At the county’s six Burger King franchises, it took less than two months for sales of Impossible Whoppers to surpass the original, says District Manager Christina Montenegro, and total sales are up across the region.

“People love them,” Montenegro says. “Now I eat only Impossible. The flavor is great—it’s more of meat than the real meat, but it’s not meat… I don’t know how.”

But the rapid growth in demand has sometimes made it harder for local businesses to get their hands on the products.

“The Impossible Burger, for a couple months, was impossible to get,” says Chef Jon Dickinson of Michael’s on Main. He says beef burgers still outsell substitutes at the restaurant, and there remains a debate about home-made veggie patties vs. newer engineered varieties. “I like the garden burgers better, myself,” Dickinson says.

But beyond imitating a real burger, some new meat producers seek to replace the old entirely, especially for those who find themselves adrift in the rising sea of doomsday climate change scenarios but can’t get themselves to kick their dietary habits.

Last March, an independent analysis of the environmental impact of the Impossible Burger 2.0 found that its production uses 96% less land and 87% less water than burgers made from cows. It also causes 89% less greenhouse gas emissions and 92% less nutrient runoff, which can cause aquatic eutrophication.

But there are skeptics critical of these new products’ ability to replace animal agriculture, as well as their real health impacts. There have been plenty of unsubstantiated claims about the dangers posed by imitation meats, especially about heme, the key ingredient of Impossible Foods that’s fermented in blood-red vats of genetically modified yeast. But heme is an essential and nearly ubiquitous protein, there is broad scientific consensus that GMOs don’t pose any major risks, and these products have been ruled completely safe.

The only accusation leveled against them that might stick is that they’re imitating foods that are unhealthy to begin with. The Harvard Health Blog published a side-by-side nutritional comparison of Impossible, Beyond and beef burgers, which showed all three to have similar calories, protein and fat content. Impossible actually has a higher amount of saturated fat than the other two, but the plant-based burgers have zero cholesterol.

“These products are not healthy, they are not something that I would choose to eat myself, they’re highly processed… they’re certainly not in and of themselves going to help us make the shift that we need to make,” says Beth Love, a Santa Cruz-based plant-rich diet activist, chef, coach, reverend, and author of cookbooks like Sensational Salads to Cool the Earth. She says that while meat substitutes are a step in the direction of health and sustainability, ultimately they are only a stop-gap measure or a gateway to a plant-rich diet.

The upshot: If you’re eating fake meat because you feel guilty about animals and the environment, why not go all in and eat your vegetables instead?