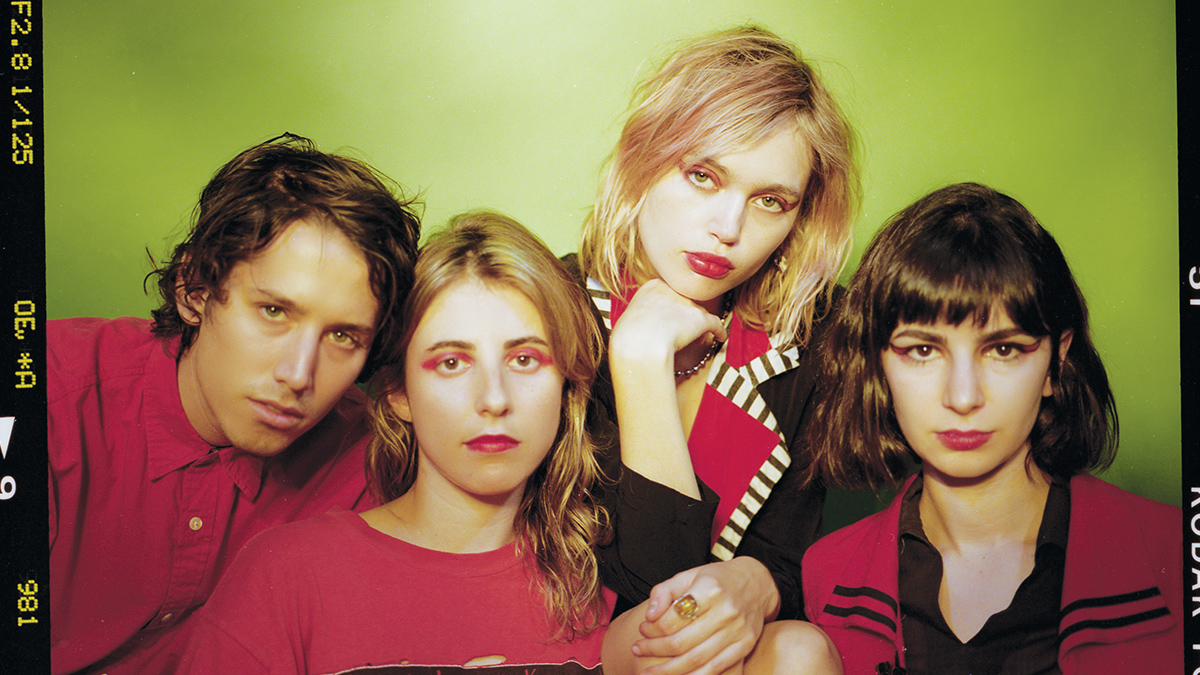 If you like your indie rock angular, sharp and a little menacing, then Pile is what you have been looking for. On this year’s Green and Gray, the Boston band sounds almost classically indie rock, like a transmission from the year 1992 that got lost somehow en route. There’s a bit of Archers of Loaf in the murky melodicism, some Jawbox in singer Rick Maguire’s croon/scream dynamics. And while this might sound like a throwback, Pile excels at finding new pressure points, and then proceeds to hammer the heck out of them. MIKE HUGUENOR

The Monterey Jazz Festival last month featured some of the world’s greatest Brazilian musicians, from percussionist Luciana Souza and pianist Eliane Elias to guitarists Chico Pinheiro and Ian Faquini. Right there also was Santa Cruz’s own SambaDá, delivering an uproarious wave of Afro-Brazilian funk. Led by capoeira expert Papiba Godinho and Dandha da Hora, SambaDá has been spreading the gospel of Afro-Brazilian grooves for over two decades. Given the amazing costume traditions of Salvador’s carnival and Lavagem do Bonfim (think Sun Ra meets P-Funk), Moe’s might be the best Halloween dance party in these parts. ANDREW GILBERT

If you were an angsty ’90s teenager, chance are you flipped on the TV every week to see what the gang on Party of Five was up to. Inevitably, that alt-rock theme song “Closer To Free” got you all emo-pumped for the show. The group that penned this song, longtime college rock band BoDeans, scored a legitimate hit with the placement during the Party of Five’s opening credits. But there are several decades of tunes in these guys’ catalog that bring the breathy, alt-rock vibe for hardcore fans. AC

Guerilla Toss vocalist Kassie Carlson shouts and sing-songs her way through rhythmic incantations and odd time signatures, often sounding like there are 20 of her on stage at once. Sometimes evoking a twisted Gina X vibe, and other times emanating the best of any Brian Eno era, Guerilla Toss is continually diving into the depths of experimental music and bringing forth shiny, enigmatic treasures. The result is manic, high-energy no-wave punk tunes with a dash of noise rock and distorted synths. Yet an apparent love of addictive pop melodies also winds its way throughout their puzzlelike art-rock cacophonies. AMY BEE

It’s hard not to be just a little intimidated by a big man with a big beard who throws big rants and, appropriately, has one of the toughest sounding names in show business. But after just a few minutes of listening to one of Escobar’s hilarious tirades, the intimidation turns to agreement, laughter and applause. This Berkeley resident is a frequent flyer throughout the Bay Area and can often be seen anywhere from the Sacramento Punchline to the Sunset Strips’ Comedy Store. But Escobar reps Santa Cruz with a Blue Lagoonies shirt in his head shots. MAT WEIR

Feminists fought so women could find worth on their own, and not just because of which man they attached themselves to. Unfortunately, this isn’t a fight that’s over, as LA garage-punk band the Paranoyds note on new single “Girlfriend Degree.” “I’m not just a shadow of myself/Looking  good for somebody else.” The song, like most of the catalog, is a little bit grunge, a little bubble-gum pop and heavy on the feel-good garage-rock vibes. They know just how to deliver important messages without making you feel like you’re being lectured to. AC

Blitzkid may be a done deal, but Argyle Goolsby is still out there frightening fans and looky-loos with slashy, trashy horror-punk backed-up by the Roving Midnight, a merry band of horror misfits. Fast, relentless guitar licks and infectious drumbeats underlie ghoulish, gothic storytelling, while Goolsby’s dark persona thrashes on stage with his rich voice yelping and purring at the audience. In between songs, Goolsby is warm, friendly, and inviting, which is precisely what a beast of the night would want an unsuspecting person to think. AB

Tell me if you’ve heard this one before: “Surf disco punk art core gone questionably appropriate.” Yeah, me neither. That’s because there’s never been another band quite like San Diego’s MDRN HSTRY. After all, they have a song about San Jose. Who does that? (Aside from, you know, Burt Bacharach.) Adding to the confusion is the band’s incredibly smooth-yet-tight jazz sound. Underneath is an ocean of surf rock that ebbs and flows subtly, crashing in your face before crawling back under for the next song. Floating on top is a polished radio sound worthy of the Growlers, Interpol and the Strokes. MW

On his new solo album, Rhett Miller says the truth is he’s a “total disaster.” Yeah, well, guess what buddy, me too! The only difference is I didn’t front the influential alt-country band Old 97s, pen eight critically acclaimed solo albums, or write a book of verse for kids. Miller did, and after all these years, he still has the classic cool, lacerating tongue and pervasive self-deprecation that made the Old 97s a favorite of lovers and reprobates alike. Looks like even when it comes to being a disaster, this guy is a disaster. MH