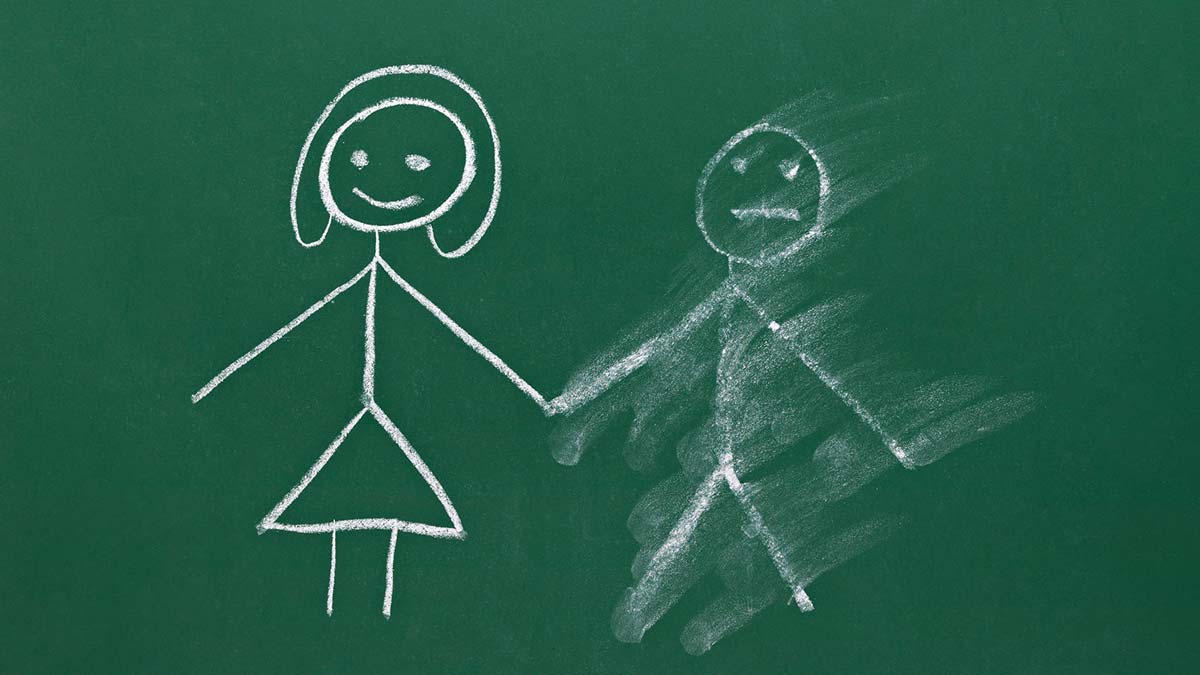 When I first heard about the supposedly recent phenomenon of “ghosting,” when someone ends a relationship by abruptly cutting off communication with someone else, I thought: oh right, we had this before, except we used to call it “when someone ends a relationship by abruptly cutting off communication with someone else.”
But I’ve changed my mind after reading Anne-Marie Harrison’s cover story this week. It is different, because new technologies have given us ever-more cover for our fear of confrontation and our worst irresponsible tendencies. While smartphones can make us feel more connected than ever before to the people we care about, they also have the potential to devastate us in entirely new ways. As the story explains, the consequences can be brutal not only for the person who’s ghosted, but also for the one doing the ghosting, as well. Let’s all read it, and then agree not to let technology turn us into cowards.
Also in this Valentine’s Day issue, Lily Stoicheff lays out a spirited defense of this often groused-about holiday. After putting out alt-weekly V-Day issues for a number of years, I can attest that almost all the ideas pitched for stories in them are anti-Valentine’s in some way: worst dates, terrible singles scenes, etc. They do make for great stories, I have to admit, but I found this a refreshing switch-up. Hope your own Valentine’s Day is filled with affection from lovers or admirers or friends or family—or pets! Pets are the best.
STEVE PALOPOLI | EDITOR-IN-CHIEF

End Solitary
Re: “Jailhouse Knock”: People who have mental health issues need support and groups for growth and coping skills, not the torture of being locked in a cell for 23 hours a day.
Violence in California prisons has decreased since the California Prisoners’ Human Rights Movement’s Agreement to End Hostilities across ethnic/racial and geographic lines took effect in October 2012. The state of California, CDCR, and all correctional systems should distribute the Agreement to End Hostilities to all people in all lockups, to probationers and parolees, and to our communities.
Ashker v. Governor of California plaintiffs stated: “Our movement rests on a foundation of unity: our Agreement to End Hostilities. It is our hope that this groundbreaking agreement to end the violence between the various ethnic groups in California prisons will inspire not only state prisoners, but also jail detainees, county prisoners and our communities on the street, to oppose ethnic and racial violence.”
As President Obama said in his op-ed in the Washington Post, “How can we subject prisoners to unnecessary solitary confinement, knowing its effects, and then expect them to return to our communities as whole people? It doesn’t make us safer. It’s an affront to our common humanity.” State and local corrections systems should follow this lead.
Willow Katz
Santa Cruz

Great Catch
I want to thank you for the opportunity to work with Kara Guzman on the Santa Cruz Fiber article last month titled “Catching Fiber.” I appreciated Kara’s ability to craft a compelling story that showcases how much care and thought went into devising the fiber project. It is a great story that de-emphasized the technical and kept the impact on the community central. The City of Santa Cruz is committed to working with Cruzio to make a world-class fiber network that benefits our economy for decades to come. By providing affordable and accessible Internet, our community can unleash its full creative and entrepreneurial potential to the world.
J. Guevara
Economic Development Manager | City of Santa Cruz

Online Comments
Re: ‘Bubbling Up’
Love what’s happened to the Wrigley Building … but to completely overlook the years that Marty Collins and his team put in to keeping the space vibrant with film and commercial production, arts and performance events, and internship opportunities for UCSC media students is a shame.
—   Chip Street
Re: ‘Not Digging It’
The Seaside Company owns that land. It is theirs to do what they want with it. Since when do we take other people’s land whenever someone decides to do so?
—   Wendy Lambeth
Re: ‘Jailhouse Knock’
Most of the individuals in the SHU are not in there for violent actions against others. Most are in there because they are perceived to be a gang member or associate. The proof needed is very vague, and the inmate has no way to defend himself from this label.
—   Misty Arteaga
Solitary Confinement, SHU, Secure Housing Unit, RTC, Restricted to Cell, One Cell 8 x 10 feet:  are all a matter of semantics describing isolating confinement.  Clearly not a vision quest nor a meditative retreat, nor a rose by any other name.
—   Catherine ‘Cat’ Steele
Until there is a civilian presence inside the prison, one who can report back to the community what is actually happening inside the prison, there will always be solitary, police murder, starvation, insanity, and torture. For Terry Thornton to deny that Pelican Bay is solitary confinement shows how detached she, and the organization she represents, is from the people they were tasked with caring for, and preserving.
— Steven Czifra
Re: ‘Rail of a Trail’
We do not need a train at astronomical prices running through our town. Pull up the tracks and put in a trail, it will get way more use and is more ecological. I could go on and on, but just ask who profits by a rail to be subsidized at $12 million a year.
— Tom Haid

REPORTS FOR HUMANITY
Eighth graders in Ashley Selckâ€™s history class at Monte Vista Christian School are learning about the Gilded Age. In the process, they dove deep into a different era of journalism, writing editorials about various social enterprises. Hannah Denny wrote about the Penny Ice Creamery and the work it does for the community. Bryce Ebrahimian wrote about Cards Against Humanity, which has generously supported the Wikimedia Foundation, educational groups and other organizations.

WHEEL BE SEEING YOU
A big announcement rolled in last week from Future Motionâ€”the company that launched OneWheel and was featured in Kara Guzmanâ€™s recent GT cover story about the Wrigley Building on the Westside. Future Motion has secured more than $3 million in funding, allowing it to expand manufacturing of its electronic skating device, which feels rather like riding on a snowboard, CEO Kyle Doerksen says. Itâ€™s also opening a distribution center in Europe.

â€œFor me, the iPhone is harder than reading Faust.â€