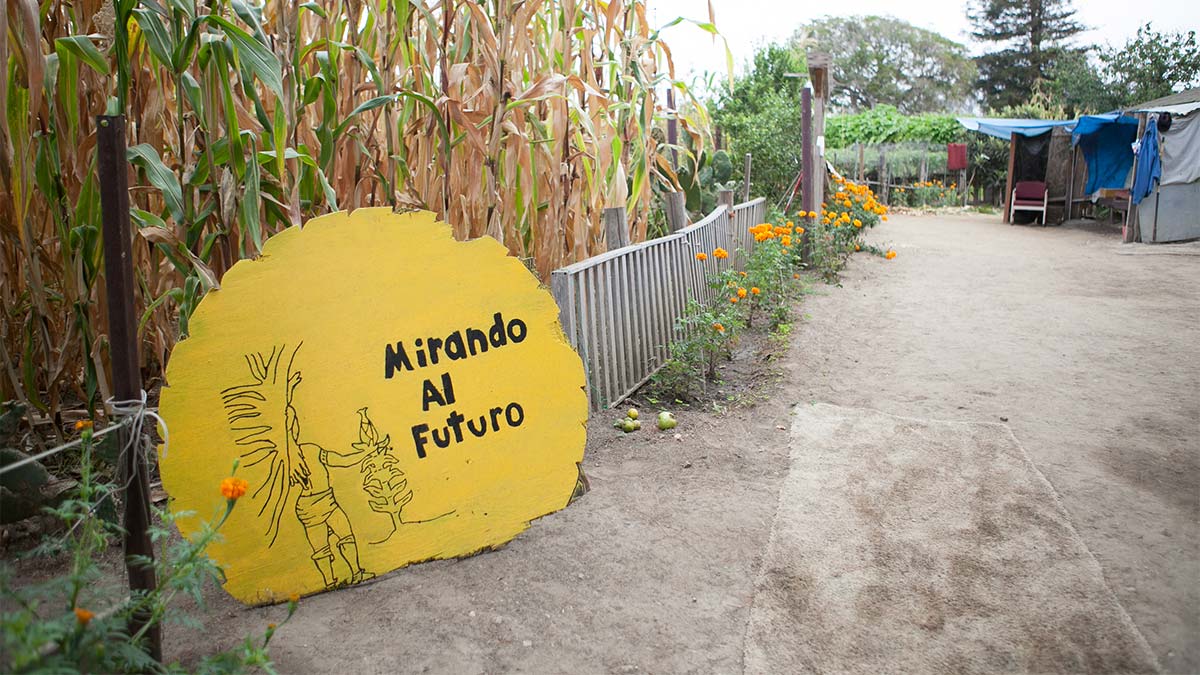 Wiser folks than I have said that in life, the journey is more important than the destination, and that’s sometimes the key to understanding news stories, as well. There’s been a lot of reporting in the last several months (including in this paper) about the fight over the Beach Flats Community Garden. But Jacob Pierce’s cover story this week asks a deeper, more analytical question about this often emotional issue: how exactly did we get to this point? Both the Seaside Company and the Beach Flats gardeners believe they have done the best they can for this cherished piece of land, but somehow in the course of negotiating over it, some serious bad blood has developed. The article explains why, and takes a close look at the role the city of Santa Cruz has played. I think it’s a great read that sheds light not only on this specific story, but also on a larger view of how the political process can go wrong on most any issue, even when those involved want it to go right.
Also, our Visitor Guide is out this week, and we’re particularly proud of it. It’s a handy guide to this area’s food and drink scene, nightlife, attractions, shops and more. Look for it wherever you pick up GT around the county, or read it online here.
STEVE PALOPOLI | EDITOR-IN-CHIEF

Santa Cruz’s Segregation
Congratulations to Geoffrey Dunn for his great history lesson regarding Juneteenth and London Nelson (GT, 6/8). It is particularly ironic that someone like Robert Burton, described as a Santa Cruz high teacher, Sentinel “historian,” former Santa Cruz city school board member (like myself) and member of the Santa Cruz county board of supervisors would be the one to identify his first name correctly.
During my own tenure on the SC school district board of trustees, we were made aware of the excessively high number of African-American students who were diagnosed as needing “special education.” At the time, it seemed particularly ironic and grossly racist that African-American students were being segregated to such a high degree in a school district that owes it economic survival in 1860 to a freed former slave from North Carolina.
That sad practice started to come to an end in my final year on the SC board of trustees, and I am hopeful we won’t return to a time where attitudes like Robert Burton’s are the norm. It is a fact, however, that from time to time I encountered racial attitudes like those of Mr. Burton among the supposedly highly enlightened educational elite of Santa Cruz. And the small, small number of teachers of color in the Santa Cruz public schools are just another indicator of the smug, self-congratulatory attitudes of some of the educational leadership in Santa Cruz. I say to those people of color in Santa Cruz: it is time to comfort the afflicted and afflict the comfortable. Attend the school board meetings and raise your voices!
STEVE TRUJILLO | WATSONVILLE

Sensible, Not Single-Issue
Re: “Driving the Issue” (GT, 6/1): I am a founding member of the Campaign for Sensible Transportation. I am the former co-chair of this group (with Paul Elerick) and continue to be active as its treasurer and webmaster.
We have definitely not been “hijacked by single-issue environmentalists who ignore the county’s serious transportation problems and only care about global warming.” In fact, we are greatly concerned about our transportation problems, and would strongly support a ballot measure that addresses them with cost-effective proposals.
A primary defect of the currently proposed ballot measure is that it continues to stress that in order to relieve traffic congestion on Highway 1 we must provide additional road capacity for vehicles, nearly all of which are single-occupant automobiles.
It would spend approximately $100 million (about 25 percent) of the funds raised on adding three auxiliary lane segments to Highway 1—from the Soquel Drive interchange to 41st Avenue, from the Bay/Porter interchange to Park Avenue, and from Park Avenue to State Park Drive. Each of these would increase the capacity of Highway 1. They will not succeed in reducing traffic congestion on the road, especially over the long term, since the additional capacity will just attract additional vehicles. Such a business-as-usual approach has failed in every case elsewhere in the U.S.
It would be much more cost-effective to spend the $100 million to support our underfunded bus system. METRO is proposing service cuts of approximately 25 percent. The sales tax allocation for METRO is insufficient to prevent deep cuts in service.
A primary goal of the Campaign for Sensible Transportation is to reduce the need for, and thus reduce dependence on, the private automobile. The best way to achieve that goal is to provide for other transportation modes and to make them attractive.
Please visit our website at SensibleTransportation.org to learn more, and where you can sign our petition.
Peter Scott
Santa Cruz

SMOOTH START
An Aptos man raising funds for a new moisturizer is $300 short of his $2,500 goal, with one week to go. Morgan Hertz has launched a fundraising drive for Go Feed Your Skin, and hopes to move forward quickly with his Santa Cruz Salve and Santa Cruz Body Butter, each available in a few different scents. He first developed his creams to treat his own eczema. For more information, visit www.gofeedyourskin.com.

PLAY TOGETHER
The Santa Cruz Playground Project celebrated a milestone this past weekend in its efforts to build the countyâ€™s first universally accessible playground at Chanticleer Park. County and community leaders unveiled plans and a fundraising goal of $1.9 million on Sunday. The playground, LEOâ€™s Haven, was partly inspired by a young boy in a wheelchair named Oliver. The name comes from him and his two sisters, Lauren and Evelyn.

â€œIâ€™d much rather have 15 people arguing about something than 15 people splitting into two camps, each side convinced itâ€™s right and not talking to the other.â€