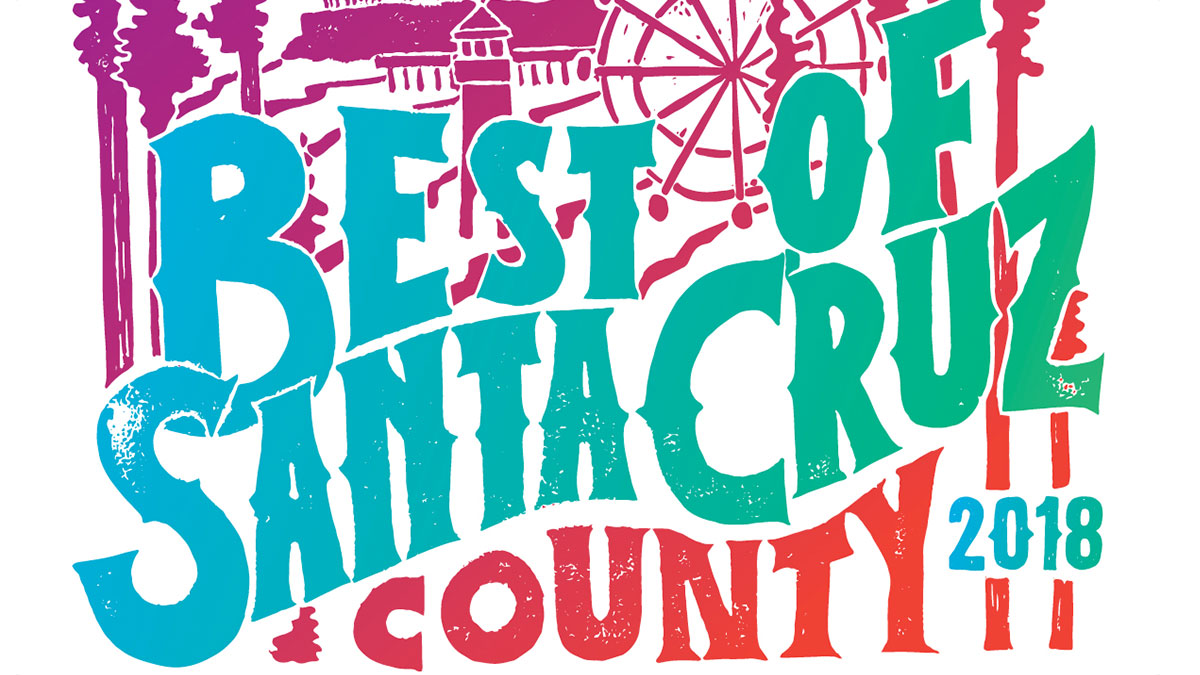 Here’s a crazy fact to kick off this issue: more people voted in our Best of Santa Cruz County balloting than ever before. This, at a time when newspapers are supposedly headed the way of the dinosaur, and the public’s trust in the media is allegedly at historic lows. I don’t want to get mushy here, but sometimes it honestly blows my mind the way Good Times’ relationship with the Santa Cruz community seems to buck every trend. The specialness of that relationship is always in the back of my mind when I’m looking over the paper before it goes to press, but there are two times a year that really hits me where I live: our Santa Cruz Gives edition, and the Best of Santa Cruz County issue.

For Best-of, there’s a certain cycle that starts every year—with panic, when I realize I’ve temporarily forgotten how this 164-page monster even gets done. Then I start to talk with our writers and art director about everything we could do, and remember what an opportunity this is. Maybe it’s because this is the biggest issue of the year, but for some reason everybody involved does their best work—not just our writers, designers and artists, but also the ad staff, publisher, circulation manager, delivery drivers. Everybody pulls together a massive effort to make this happen.

Which brings us to now, as I’m reading over the paper and marveling at the look of it, as created by Rosie Eckerman and Tabi Zarrinnaal; the eminently entertaining editors’ picks from the editorial staff; and even just the insane anecdote about the Flower Shack that Lily Stoicheff uncovered for her write-up of Best Flower Shop. (It’s in the Shopping & Services section.) I can’t wait for you to read it—that’s when this whole thing that readers started by voting for their favorite people, places and things comes full circle.

Above all, I’m struck by one thing: I’ve already forgotten how we did this. I hope I remember by next year.

Do Not Stand Idly By

In the last five years, there have been 302 school shootings in the U.S.; this year alone, 19 children have been murdered in berserk massacres at their schools. We grieve for every one of them, for their families and for the teachers and friends who loved them. We now know that last month’s shooter in Florida bought his AR-15 in one of 39 states that don’t have restrictions on purchasing semi-automatic weapons.

This is a public health crisis. And a moral one.

It’s puzzling and appalling to us that so much resistance around gun control comes from decidedly Christian quarters. Is Christianity really compatible with the tenets and orthodoxy of the NRA? What might Jesus or Buddha have said to those who support “the right to bear arms” (and especially the murderous assault weapons recently used in school shootings) at the expense of the lives of children, teachers and others?

Jewish, Muslim and Christian scholars agree that Jesus chased money changers from the Temple courtyard, in brave protest of the ways greed corrupts public life and deadens moral courage.  As a faithful Jew, Jesus was moved by a prophetic vision of peace and nonviolent compassion among all peoples. What would he say about the NRA funneling huge donations to legislators who oppose sane restrictions on guns and automatic weapons? What would Jesus do in response to weapons manufacturers who profit by upwards of $30 billion annually by creating the means for horrifying violence around the world?

Would Jesus sit idly by?

Almost a year to the day before the Parkland high school shooting, President Trump signed legislation, passed by the Senate and House, striking down a sensible Obama rule designed to prevent individuals with debilitating mental conditions from buying guns. It is high time—as student survivors in Florida are now insisting—to stop this madness.

And it is time for Christians to stand up, be counted, and reject the obscenely dangerous dictates of the gun lobby.

We plead with our sister and brother religious leaders of all spiritualities to take this moment to heart. “Do not stand idly by . . . ” we read in T’nach, the Hebrew Scriptures, the same scriptures Jesus called his own, “ . . . while your fellow human being is bleeding.” We urge our friends to get involved, speak truth to power and end the carnage in our American schools.

The 1960 agreement between Santa Cruz and the new UCSC was 27,000 students. That should be honored. The fact is UCSC has done a terrible job in planning, designing and building a campus that is remotely desirable for students and faculty alike when you consider they were given a 2,000-acre blank slate. They sold it as a City on the Hill and came up way short. At this point, a public-private partnership should happen and a new Student Only Village needs to be built on the Westside in the old industrial area. It would take a lot of pressure off the local rental stock by giving students a no-brainer place to live while also providing a nice temporary labor pool for the tourist industry. A win all the way around.

MOVING TARGET
The county’s annual activity guide is now available from the Santa Cruz County Department of Parks, Open Space and Cultural Services—offering residents new ways to learn, play and see the world. The 2018-19 guide is currently being mailed to those living in the unincorporated area. It’s available online at scparks.com. The guide includes pickling, meditation, stargazing, gardening, and Zombie Camp for kids. The city of Santa Cruz now has its summer guide out too, and sign-ups begin April 14 at cityofsantacruz.com.

SCORE SUBJECT
Life in Warrior Nation hasn’t been all golden lately. The Santa Cruz Warriors missed the playoffs by a significant margin, losing three of their last four. Meanwhile, the Golden State Warriors are losing too, as their stars recover from injuries and rest for the playoffs, where two-time NBA Stephen Curry will miss at least a few games. In has stepped guard Quinn Cook, who’s been playing on a two-way contract with Santa Cruz and Golden State. Cook has averaged 20 points, five rebounds and five assists over five games.

“It’s hard to be a diamond in a rhinestone world.”

Previous ArticleWhat would be your preferred use for the much-debated ‘rail trail’?