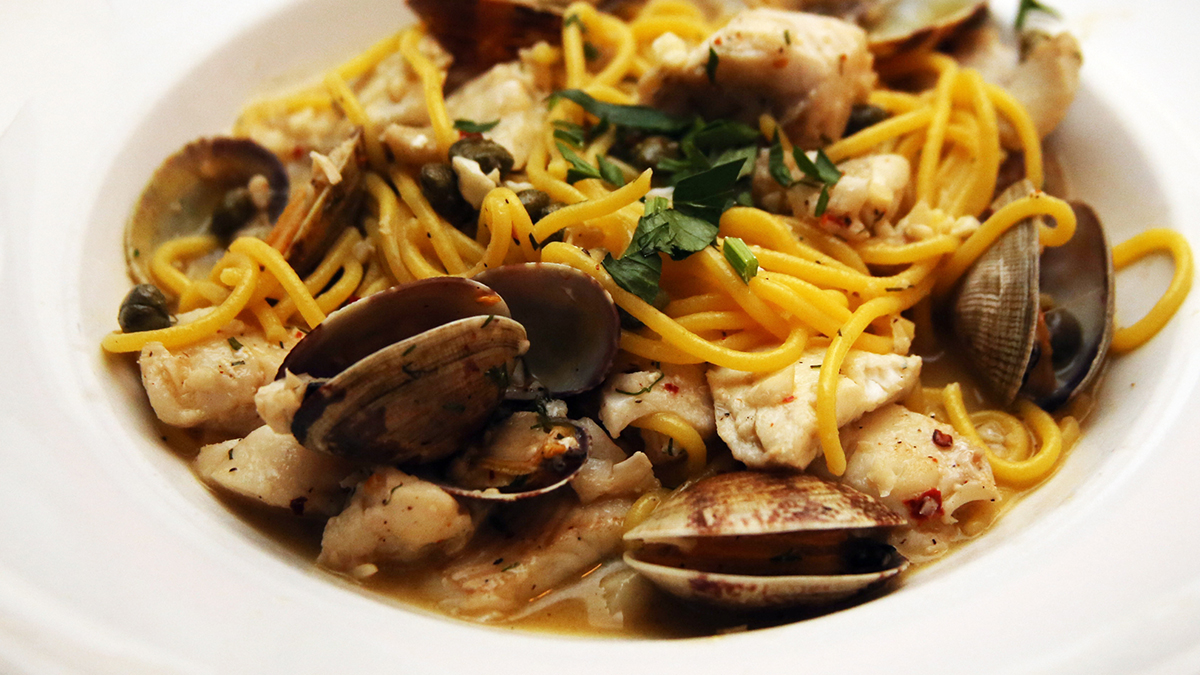 The opening night of the Santa Cruz Film Festival last Wednesday was pretty epic. Tony Alva showed up to the sold-out screening of the new documentary about him at the Del Mar. I got to spend some time talking to him, and he liked the GT cover featuring him so much he decided to sign a copy for every person at the screening who wanted one! (Which led to me scouring downtown hurriedly trying to find leftover copies here and there. There weren’t many; it was a popular issue! But I found some extras at the office.) Congrats to the whole SCFF team on a successful festival.

With this particularly packed fall well underway, we now roll right into Santa Cruz Restaurant Week. For our pullout guide in this issue, we talked to the chefs, owners and staff from every one of the 34 restaurants participating this year. You’ll also find all of their menus. This is the downtown dining event of the year, so get out there Oct. 16-23!

Lastly, just wanted to mention that I’ll be doing a Q&A after the screening of Apocalypse Now: Final Cut, the new, definitive version of the classic 1979 film from director Francis Ford Coppola at DNA’s Comedy Lab on Thursday, Oct. 17 (see page 22). All I can say about the after-film session is there will be some crazy surprises, so hope to see you there!

I can close my eyes and still see the dormitories at Oakes College [UCSC] swaying while my friends were screaming in Spanish. It was 1989, my first year of college and we were walking back from the College 8 dining hall—since Oakes didn’t have one yet—when the trembling began. Yes, we were outside and the beautiful ocean view was in the distance. We were so scared and naive as we prayed a tsunami wasn’t next.

I have no idea where we all are now but at that moment we were one. Hugging, crying and missing home even more. We slept outside on the West Field (which is probably some building now) until the dorms were deemed safe to enter. Now, 30 years later, I am a teacher in Los Angeles and you can bet I will talk about Loma Prieta as if it were yesterday. Hmm … maybe I will make a lesson out of it or perhaps share a poem.

Ah yes, the Pacific Garden Mall; dust and rubble. Walking and breathing the sadness of history buried in those concrete piles is still imprinted in my soul. Although I had just arrived in Santa Cruz, I knew instantly that I was a witness to something big. A new Santa Cruz. What? I was just getting  to love the Santa Cruz I came to know in fall of ’89. Well, needless to say, I had to do something! I volunteered in Watsonville to sort clothes as the donations were constant and overwhelming. Watsonville was hit pretty hard too, you know. As I sorted clothes to build my sense of community, each piece of clothing I touched was a piece of my heart given to those families extremely devastated by this quake.

I often think about my college years and wonder how everything looks now. Where are my screaming friends and do they even think about Loma Prieta anymore. The bonds we made around this monster earthquake could never be broken. But I don’t see them anymore and don’t ask me to go on Facebook please. I’m an old soul trying to preserve moments of real connections lost. I still close my eyes and feel Santa Cruz deep in my bones. I am happy to be a part of this history 30 years later. Although I am no longer there, the spirit of Loma Prieta earthquake, and the resilience of everyone affected, resides in my heart P/V. That means “for life” in Spanish. Por Vida.

“Not much law in family law,” a lawyer I knew would say.

That a judge finds themselves in their element in family court does not confer on them distinction as a great all-round jurist. The fact that, according to a lifelong divorce attorney in GT’s story, Judge Ariadne Symons, as a complete neophyte, immediately slid seamlessly into the family court groove, may signal limited fitness for working in all other areas of the law.

A vestige of English ecclesiastical courts, family courts are uniquely free of constitutional restraints (since federal courts refuse to touch divorces); the judge’s discretion reigns supreme and unchecked in deciding child custody, and their orders abound in weasel word terms of art like the in-practice-hollow “best interest of the child.” (There is no legal test for evaluating whether “best interest” has been achieved; no ruling can be appealed on grounds that it hasn’t.) This amorphous legal “framework” contrasts sharply with the courtroom rigor and judicial accountability demanded when the rule of law is implemented seriously, and due process, the presumption of innocence, the “beyond a reasonable doubt” standard of proof, etc., are insisted upon.

Since her “severe” censure, Judge Symons has been reassigned from hearing felonies to juvenile-dependency cases—in significant part, I conjecture, to avoid an expected embarrassing number of appeals and burdensome quantity of remands.

UCSC will host a presentation to solicit feedback on the future of campus land use. The first meeting on the school’s Long-Range Development Plan will be Monday, Oct. 21, at 6pm at Capitola Community Center, located at 4400 Jade St. The second will be Tuesday, Oct. 22, at 5:30pm in Seymour Marine Discovery Center’s La Feliz Room, located at 100 McAllister Way in Santa Cruz. The goal, according to a flier, “is to collaborate with the campus and local community to address issues of mutual importance.”

Assemblymember Mark Stone has had three bills signed into law by Gov. Gavin Newsom this month. One targets rehabilitation for incarcerated youth offenders, one eliminates medical copayments in jails and prisons, and another forbids employers from having “no rehire clauses” in settlement agreements over sexual harassment and other employment disputes. In a press release, Stone said that such clauses punish victims of discrimination and harassment “while the offender remains in the job.”

Previous Article5 Things To Do In Santa Cruz: October 16-22