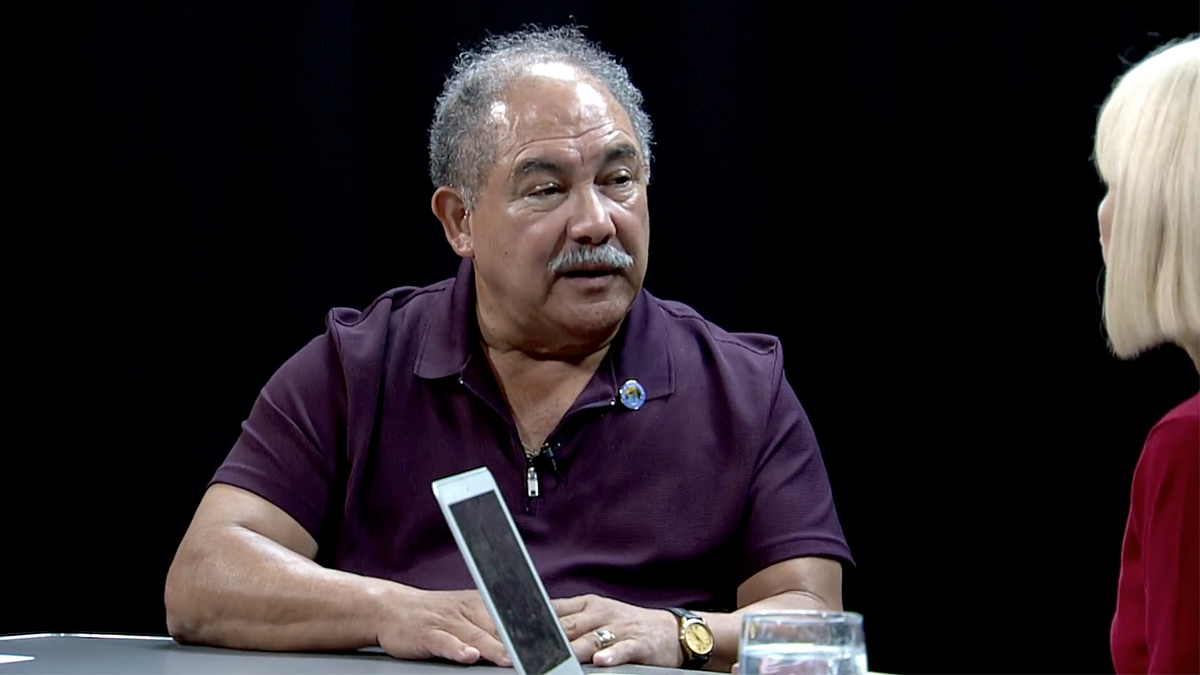 Liz Bean says she still remembers one night in a hot tub in 1988 at the home of Oscar Rios, then a union organizer in Watsonville.

Rios’ girlfriend was also there, and when she stepped into the house, Rios began scooting close to Bean, as the two of them made small talk, she says. Suddenly, Rios reached over to her, Bean says, and put his fingers into her vagina.

“I froze. I could not believe this was happening,” says Bean, who now lives in Canada. “It happened really fast, and so I was just in a state of shock. Did I do something? Did I say something? Of course, I didn’t say or do anything that invited this. It felt so shameful to me that I couldn’t tell anybody.”

Just hours after allegations of sexual impropriety came to light on Monday, Rios announced in a statement that he was resigning from his seat on the Watsonville City Council.

“Many years ago, I engaged in behavior that, upon reflection, was inappropriate,” he wrote, addressing allegations from Bean and one other woman—neither of whom say they’re interested in compensation. “I am deeply sorry to hear that my conduct has caused pain and anger to demonstrably good people. It saddens me to know they bear scars from those encounters.”

Rios, a five-time Watsonville mayor, also wrote that he had read the alleged victims’ statements, which had been emailed to local media and Watsonville officials. Rios, long seen as a champion of South County’s progressive politics, claimed that he did not remember some of the encounters, and that he recalled others differently.

While Bean says she would have preferred to hear an apology and full admission, she feels Rios’ resignation is an important step.

“It’s justice. The shame has lifted,” says Bean, who felt the time was right to speak out after the #MeToo movement created a space for women who have experienced sexual assault to come forward.

Shiree Teng, who worked with Rios to organize Watsonville’s cannery workers in the 1980s, says she remembers driving out of town with Rios more than 20 times, sometimes to Los Angeles or Stockton or Modesto.

On every drive, she tells GT, Rios would put his hands on her.

She says that he would often slide one hand down her pants, in spite of her repeated protests, and then would repeatedly demand she return the favor, and if she refused, he would grab her hand himself and place it on his penis. Other times, they would get out of the car in the pitch black of night to stretch their legs, and he would demand oral sex.

“The feeling is reduction, being reduced to nothing. What I wanted and what I felt didn’t matter,” she says. “I was there to comply to the whims and wants of men who are dominant and believe patriarchy in their hearts, even if they say the don’t.”

Teng was 28 and married when she moved to Watsonville in 1985 to begin organizing cannery workers, and Rios, who had already established himself as a charismatic leader in California’s union network, was 40. Although she says she repeatedly told Rios “no” and pushed him away, she stayed at her job because she felt the work was important, and she constantly felt optimistic that Rios’ behavior would somehow come to a halt. On the few occasions that she brought up Rios’ conduct with people she knew, she says they would downplay it. The pain has stayed with her in the 30 years since, and over time festered into a sense of anger.

“I told myself, ‘I am here because of the bigger picture of what we’re doing. That’s bigger than the harassment and the abuse and molestation that are happening,’” she says. “I thought these things were normal.”

Teng, who now lives in Oakland, adds that she had already been sexually harassed and groped several times as a teenager and a young adult, prior to moving to Santa Cruz County.

In the years ahead, Teng says she’s optimistic that her three sons and three grandsons will be part of a better future, and says that she has prioritized the issue of consent with them—making sure each boy understands that “No means no.”

Back in the 1980s, Teng tried talking about Rios with two of her best friends at the time, but neither provided much guidance on moving forward.

She says that one friend, Steven Morozumi, told her “I never looked at you as a victim,” which she says rattled her, making her wonder if she should just stick it out. Morozumi—who says now that he was deeply disturbed by the incidents—was one of three people who corroborated the allegations Bean and Teng made on Monday.

Another was Linn Lee, who’s close with both Teng and Bean. She was the first person to realize that two of her best friends had eerily similar claims about Rios, a man who each of them had felt unable to discuss for so long. Once Lee discovered the connection in late December, she immediately started a conversation between the both of them.

Lee says that Teng sacrificed her own well-being for a cause that she believed in, as Watsonville cannery workers were fighting for better conditions.

“She’s a really strong woman,” Lee says. “But then when she talks about Oscar, she breaks down like she’s a little girl in a way that I’ve never seen before. She’s clearly experienced some trauma with this, because every time she talks about it, she starts to cry.”

Labor historian Peter Shapiro says Teng told him about Rios abusing her when he interviewed her for his 2016 book Song of the Stubborn One Thousand: The Watsonville Canning Strike, 1985-87.

Shapiro, who once considered Rios a friend, says the whole situation is “all too sad for words.”

“I have a feeling that once this stuff gets out, more women will come forward,” he says. “Generally, politicians who do these kinds of things do them as long as they can get away with it, but the women are the ones we should feel sorry for here.”

Update 02/27/18 10:01 a.m.: This story was updated with additional information, including statements from Linn Lee and Peter Shapiro.