.Preview: Jessica Hernandez and the Deltas to Play Moe 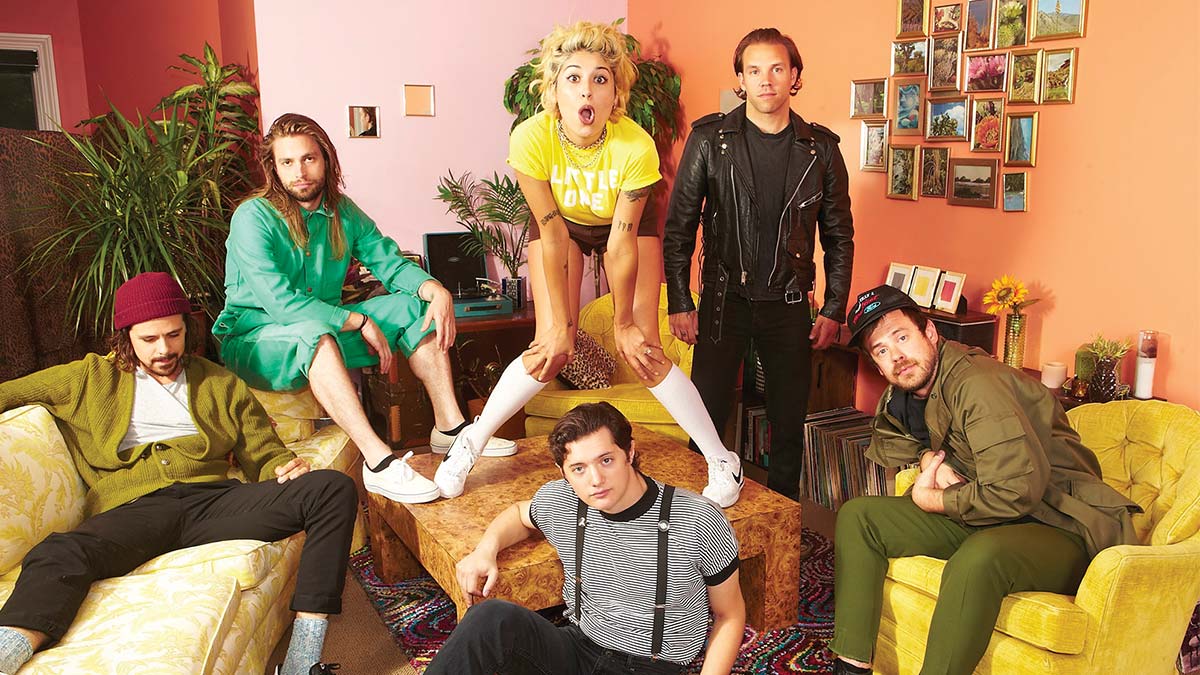 Jessica Hernandez seems scattered. She even calls me for our scheduled interview a half hour late, which she immediately apologizes for in a tone of voice that suggests “too much caffeine.”

It’s understandable—she’s got a lot going on. Her band Jessica Hernandez and the Deltas, which hails from Detroit, is working on its sophomore full-length—Hernandez recently got back from Mexico City, where she worked on vocals—and is getting ready to head out on tour. The band will make a stop at Moe’s Alley in Santa Cruz on Wednesday, Sept. 28.

The new record will be the first record since the group’s 2013 debut, Secret Evil, a well-received dance record that pulls from soul and retro rock ’n’ roll. It manages to be both joyful and pissed off as hell at the same time, with Hernandez sounding like an intense Amy Winehouse, bursting at the seams with emotions.

The anger in her vocals is a glimpse into her teenage years, when she listened to a lot of grind and metalcore, something her husband teases her about as she works out the vocal parts for her new album.

“I’ll get real aggressive in a song. He’ll be like, ‘All right, you’re not in Converge, you need to chill the fuck out,’” she says, laughing, then clarifies the balance she tries to strike. “If I write something that’s poppy, then I’m like, ‘how can it still have an edge to it?’ If I write something that’s a little too intense, then how can I make it a little more chill?”

The songs on Secret Evil are mostly old tunes she wrote back when she was a solo musician slinging an acoustic guitar from gig to gig. Once she formed the Deltas, they hit the road. They’ve toured heavily over the past five years. The new record, in a sense is a continuation of Secret Evil’s sound, but it’s also totally different—everyone wrote these tunes together, unlike the first album, which she wrote.

And there’s another big change she is particularly excited about: she’s singing in English and Spanish on the new record, something she’s never done before.

“I have so many bilingual friends that I’ve kind of wanted to incorporate that side of my life. I wanted to put even more of myself and my experiences and culture into the music,” she says.

Some elements of Latin music even found their way into the new record, mostly in terms of the rhythms, otherwise it’s straight-up rock-meets-soul.

The biggest motivation for this shift is her family. Her father is Cuban, and her mother is Mexican, and she grew up around a lot of Latin music. Her parents owned a Mexican bakery, and she heard a lot of it there, too.

She tells me she’s roughly 75 percent fluent in Spanish, and she didn’t want to hand over English lyrics to a native speaker to have them translated. Instead, she worked on the Spanish lyrics with some of her friends in Mexico City.

She and her band are putting the final touches on the record now. Since things got serious for them five years ago, they’ve had a few impressive opportunities, like a spot on David Letterman in 2014. But mostly, it’s been the group’s constant touring schedule that’s earned them the respect and fan base they have now.

“Ninety percent of the fans that we have are from seeing us live. So it’s taken a lot longer than if we had some big single that everyone’s listening to on Spotify,” Hernandez says. “The hope is with this next record we can finally get some singles, and other things that can help give us momentum. Up until now, it’s literally been word of mouth and touring.”

Next ArticleUCSC’s First College Named After a Woman