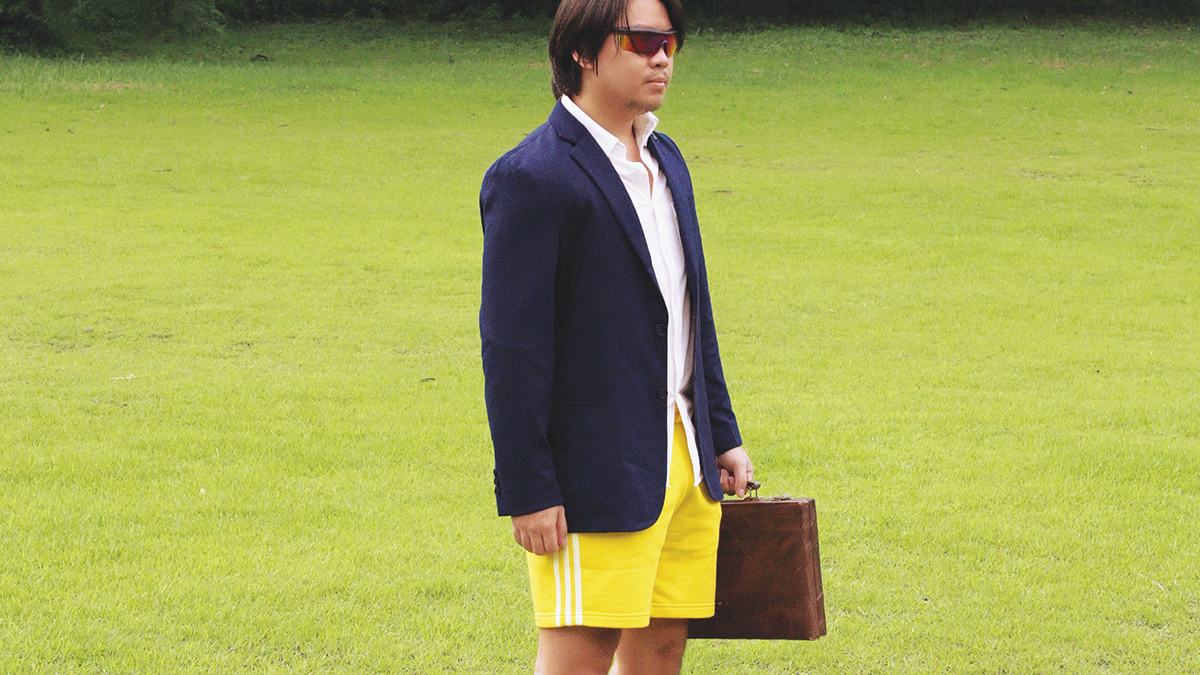 Last year, Ralph Lawrence “Polo” Reyes played his first show ever under his washed-out, downer-pop moniker Mellow Fellow. That first show was at a dive bar in his native Philippines. Once word got out that Mellow Fellow was playing live shows, he got offered a gig in Hong Kong—his second-ever show—which led to some tours in Asia, and now his first ever U.S. tour, which kicks off on Nov. 6 in Santa Cruz.

“I never had plans of performing my songs,” Reyes says. “I always told my friends that I’m never going to be satisfied with how it sounds live. I get meticulous when I’m in the studio, and I have trust issues, like, will my band be able to sound the way I want it?”

When Reyes started uploading instrumental tracks to his SoundCloud six years ago, he never included his real name or a photo of himself, hoping to keep a healthy distance between his musical expressions and his personal life. That became even more important when he started adding vocals. The chilled-out, dreamy, jangle-pop songs that came pouring out of him were sad, many of them dealing with a failed relationship he had with a girl he dated for four years.

“I started this project as an outlet for sadness, for anger, for exhaustion,” Reyes explains. “The whole purpose was to hide away from my life. I’m a different person when I’m not making my music. I don’t want people to associate me with the music I make when they see me at school or at work. It was a hobby I wanted to keep for myself.”

As his songs got better, the handful of friends he told about it shared his tracks on their Soundcloud pages. A few songs caught a surprising amount of online attention, like “My World,” “Dancing” and “How Was Your Day,” a collaboration with the artist Clairo. Some of his tracks have gone into the millions of views on YouTube, with fans fawning over his ability to produce such solitary bittersweetness in his music.

Magazines reached out to Reyes, and he had to decide if he wanted to keep the project as his private, anonymous emotional outlet, or transform it into a career.

“I had no choice but to reveal, inch by inch, who I really am,” Reyes says. “They would finally see the face behind the music. I wasn’t very comfortable with the idea—not because I have a problem with how I look, but I’m generally an introvert by heart.”

In the last year-and-a-half, he’s taken the project a step further, as a full-on functioning live project. He’s had to grapple with how to translate this infinitely layered, nostalgic bedroom indie project into an actual band. He comes to the U.S. with a drummer, a bassist, three guitarists, and a keyboardist. He had a saxophone player in mind, as well, but didn’t have the budget this time.

“There’s never enough members in the band. Not everything is going to sound like the record, especially if it’s not meant to be played live,” Reyes says. “I told my bandmates, ‘I don’t want to go for a 100% likeness when it comes to the tracks.’ We were literally rearranging the songs to make them sound proper live instead of trying to copy the tracks, riff by riff.”

He’s not completely unfamiliar with performing live. Before Mellow Fellow, he used to play in a surf-punk band whose members would throw stuff around, stage-dive and “probably play naked.”

“I don’t want everyone to fall asleep when I sing my music. I think it’s important to keep that chill vibe, but at the same time to still feed off the crowd’s energy,” Reyes says. “If the crowd’s energy is very high and very energetic, we have some very cool moments on stage.”