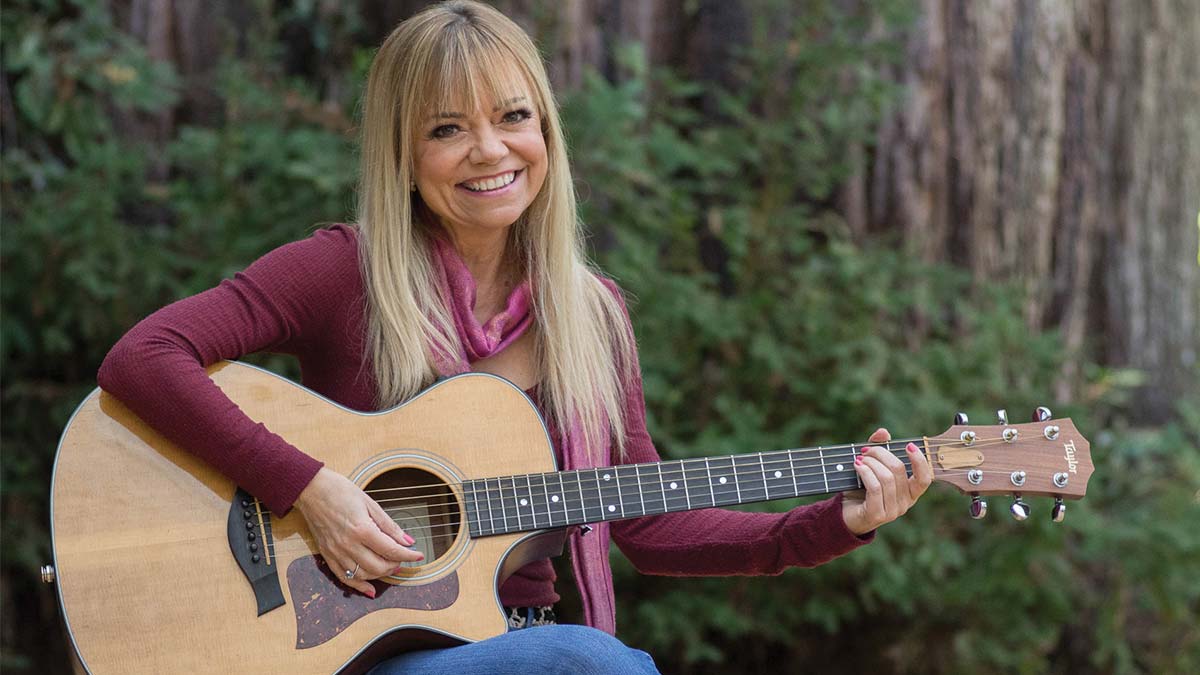 Michelle Chappel’s mom thought she was crazy—and maybe she was right. After all, Chappel had graduated from Princeton, and gone on to a great career as a psychology professor at Santa Clara University, excelling in her field. Then she gave it all up, because what Chappel really wanted to do was write music. Even if it seemed like a crazy move at the time, she felt she had to give it a try.
“I would always tell my students to follow their hearts. I started to realize after a while that I wasn’t really taking my own advice,” Chappel says. “Deep down inside, I really wanted to be a rock ’n’ roll star. I wasn’t really owning it.”
This one decision back in the late ’80s not only led to realizing her musical dreams, but also led her down an unexpected path—traveling all over the world, garnering hits in multiple countries, and juggling several simultaneous careers.
Now she has eight albums under her belt—seven in the folk/pop/country genre, and one meditation album. When she’s not playing music, she does consulting work, holds inspirational workshops, and for a while taught part-time at UCSC.
“There was a year I taught at UCSC, consulted for Yahoo, and recorded a CD at the same time,” Chappel says. “I pick up one career and then I do another one, and then do another one, and do them all at the same time. That’s been my life. Never a dull moment.”
When she made that initial decision to follow her passion, Chappel was only at the beginning of her journey of self-discovery. She didn’t quite know what to do, but she was open to opportunity.
In the early ’90s, at the advice of her now ex-husband, she moved to South Africa, where she got signed to Polygram and produced several hits there, including a No. 9 hit in 1994 (“Strange Kind Of Love”). She later relocated to Europe, and in 2002 scored a No. 7 hit (“Wheels on the Bus”) in the U.K., where she was signed to Gold Circle International.
The successes were good, but something still wasn’t right. She describes her first two records as very Joni Mitchell-esque, in that she’s writing about herself and her feelings. After releasing her second album, she had an epiphany while visiting the crypt of St. Francis in Italy. She swore she heard St. Francis whisper to her: “get your ego out of your music.”
“I’d been frustrated with major labels, felt I had been treated more like a commodity than a person,” Chappel says. “I started writing songs that encourage people to follow their hearts. I realized I’d combined psychology and music and found my true calling.”
Not only was her newer music encouraging to other people, but she could see how everything she was involved in was connected. They weren’t separate sides of herself, they were one and the same. Even her consulting, which she began calling Creativity Rock Star Consulting, and her seminars were designed to do the very same thing her music did: inspire people.
“I think that moment, it helped me to do everything the same way,” she says. “I’m a singer, but what I sing about is the same thing I consult about, same thing I teach about. I wasn’t just writing for myself, and it made it so much more meaningful.”
Chappel continues to keep exploring— musically, she doesn’t feel like she’s really found her sound yet. The only real unifying trait of her music is that it’s all derived from her acoustic guitar, and it tends to be roots-oriented, though often with heavy pop influences. She’s still figuring out what she’s going to do on her next album.
“To me, it’s all about the sound, the message and the voice—not so much the instrumentation,” she says. “I just talked with a producer in Nashville who wants to work with me, and he’s like ‘strip it all out. Just you and your guitar … all this compression stuff that’s been going on for 20 years, let’s throw that out the window.’ The bottom line is I’m really a fan of a good song.”

Next ArticleTransportation Measure Gets Unlikely Ally