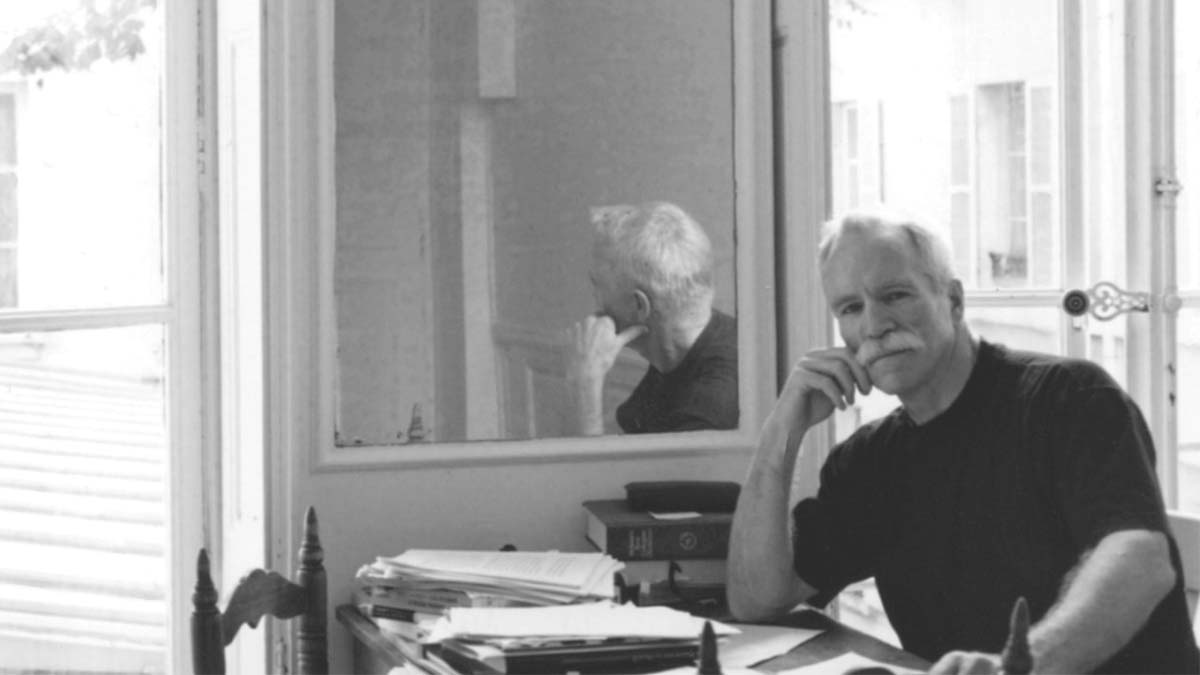 Fascinated by a small piano shop in Paris, writer Thad Carhart took readers on a journey into the romance and anatomy of pianos, artisanship, music, and his own past in his bestselling memoir, The Piano Shop on the Left Bank. His new book, Finding Fontainebleau, continues the conversation, pulling us back into France during the 1950s, where he lived as a young boy in Fontainebleau, the village adjacent to the historic chateau of the same name. In anticipation of his appearance at Bookshop Santa Cruz, I talked to Carhart about history, memory, and life in two languages.

How does ‘Finding Fontainebleau’ relate to your first memoir?
THAD CARHART: It isn’t a prequel or sequel, but it’s in written in the same spirit. The Piano Shop on the Left Bank focuses upon when I moved to Paris with my wife and kids during the 1990s and sought out a piano. Finding Fontainebleau tells a larger story about coming to France with my parents and siblings. It travels from the 1950s to the present day, and it’s meant to be narrative nonfiction that tells the reader something about France they might not know or have access to.

“There’s a place in between languages and cultures—especially if you were an ex-pat as a child—where there’s an almost magnetic pull. It forces you to see the world a little differently, and it’s not always easy.” – Thad Carhart

How were you able to recapture your childhood memories?
I have four siblings, and we’re very close. When we first moved to France, everything was new, and there was an intensity to the experience that we shared. It was the family lore, the stories, that fueled my memories. My age was part of it, too. I was only four, and I’d never been to school before, so I started school in France and soaked it up like a sponge. At that age, especially while learning a second language, you pay close attention to everything. Your memories are intense and very visual, so they tend to stay with you. In fact, when I came back to Paris, what struck me was visual. When I was a kid, it was black, the buildings and monuments stained from years of coal soot. In 1964, the minister of culture began to clean them—not because he thought it would change the face of the city, although it did, but because they were dirty. As a child, I thought they were all built of some black stone quarried in the depths of France. Returning was like seeing Paris’s albino twin. You can buy old postcards along the Seine that show aerial shots of Henri Cartier-Bresson’s blackened city. Today, it’s this glistening white pearl of a place.
The NATO headquarters where your father worked was located at the Chateau of Fontainebleau. What makes it so special?
Fontainebleau shows a greater scope of French architecture and style than any other site, with the possible exception of the Louvre. And it’s 50 years older than the Louvre, 500 years older than Versailles. Every king from Louis VII in 1137 to Napoleon III in 1870 spent time there, and they all left something behind—sometimes a room, sometimes a wing, sometimes a courtyard or painting. From the Renaissance to the 19th century to Marie Antoinette’s boudoirs, it’s got something from every part of France’s history of kings. The interesting thing to me is that in the restoration, there’s much more reverence for history than the monarchy. They give you enough information to consider the times and the priorities of the monarchs in that context, and then allow you to draw your own conclusions.
As an American who has spent a lot of his life living abroad, how do you deal with displacement?
I’ve thought about that a lot. I call it the “in between.” There’s a place in between languages and cultures—especially if you were an ex-pat as a child—where there’s an almost magnetic pull. It forces you to see the world a little differently, and it’s not always easy. We raised our kids in Paris, and they talk about missed American cultural references. But overall, it’s been an extraordinarily rich experience.

Previous ArticleThe Bad News About Working Too Much