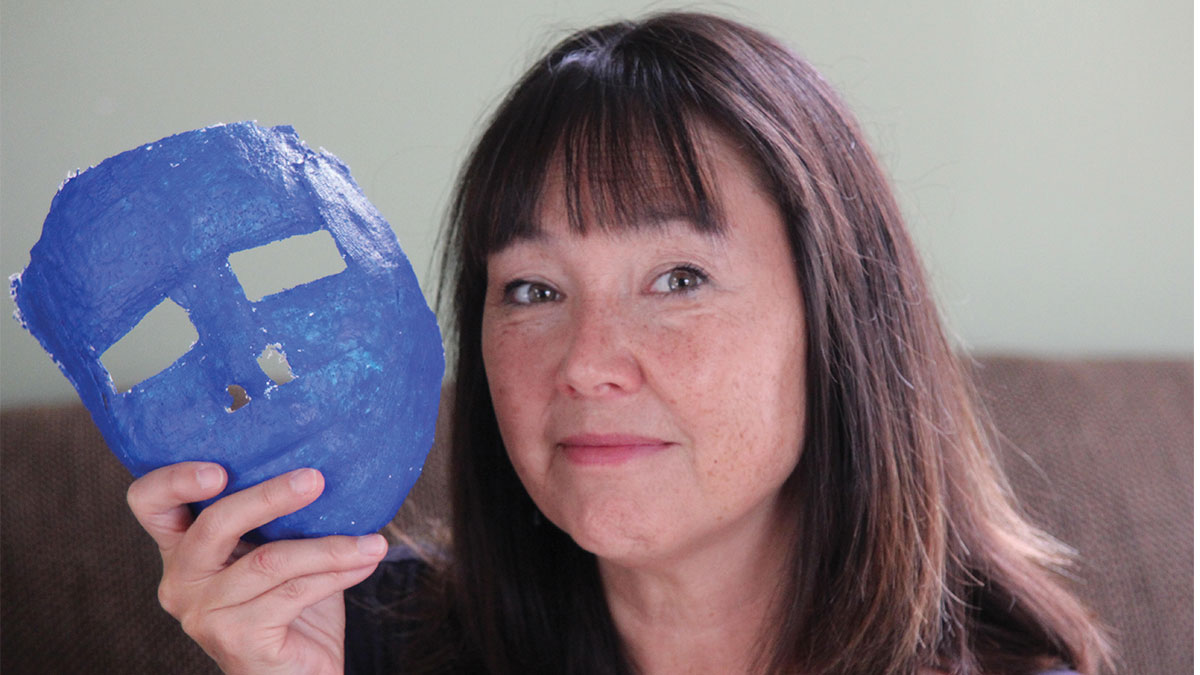 Once, a friend lured me into talking about a particularly venomous fight my parents had when I was 10, just to prove a point: In less than a minute, I was distressed, and my pulse rate, (which she’d measured before and after this sojourn into childhood imbroglio), had quickened.
I’d heard before that thoughts affect us both physically and emotionally—and scientific research into this connection has turned up fascinating findings—but it was the first time I really got it.
To what extent do our thoughts influence our mood, decisions, and ultimately, our life path? For Ami Chen Mills-Naim, a local author and wellness coach, the answer is a key component to our mental and spiritual well-being.
In the late ’90s, around the time that Prozac was making its grand debut on the market, Mills-Naim, who was working as a journalist at the time, began to investigate the Western biomedical explanation of depression as a disease caused by brain chemistry imbalances.
“When I did the research, I found that there’s this huge placebo effect with antidepressants,” says Mills-Naim. “And I thought, what is happening here?” Indeed, a 2015 study published in JAMA Psychiatry found that the placebo effect accounts for 30-45 percent of response to antidepressants.
“I discovered this thing called neuroplasticity—this was in 1996—and I started writing about: maybe the brain can change in the other direction, and if we change our thinking, or through this free will we have, or the human spirit, maybe we could change our brain chemistry so that we are not depressed,” says Mills-Naim.
It’s hard to imagine this well-put-together woman with the contagious laugh in a bad mood, much less depressed or hopeless, but she is no stranger to the darkness of her own mind. An estimated one in five Americans lives with mental illness each year, and for Mills-Naim, the darkest hour came in the fall of 1991, with an advanced chronic depression.
“No longer was the universe a loving, benign universe. Dark pits pocked it, living hells one could fall into for no good reason … If before I was embraced by the universe, now I merely existed in it for no reason. Life had lost its meaning,” writes Mills-Naim in a 1997 Metro article “Club Meds”—a thorough investigation of depression and the rise of SSRIs in America.
It’s been more than 20 years since Mills-Naim has returned to that suffering, and she credits a spiritual insight with her recovery.
It’s not that Naim-Mills is against antidepressant medication: “There are meds that are helping people. So when I have a client who wants to take meds, I say to them, take the meds, at least it’s nice to know that it’s there. Because depression is catastrophic,” she says. But Naim-Mills has devoted herself to empowering sufferers with another tool.
Conceived by a welder named Sydney Banks who had a profound insight in the ’70s, and gathering momentum over the past few decades, the Three Principles acknowledge the essential role of thoughts in human existence and suffering, along with consciousness and mind; or an innate intelligence that is larger than us.
“When you have a thought, you have an emotion,” says Mills-Naim. “My father used to say that the strength of our emotions can be tricky, because then we think that our thought content is real, or true, that we’re justified.”
Mills-Naim’s father is the late Dr. Roger Mills, a community psychologist who became friends with Banks in the ’70s and pioneered the application of Three Principles-based community projects—under the then-title of “Health Realization”—in challenging settings, including police departments, prisons, mental health clinics, drug rehabilitation programs, schools and low-income housing developments in Miami, with profound results. Mills-Naim was right there beside him, founding the Center for Sustainable Change with her father in 2004, which she ran for 10 years, and which brought the psychology to schools and communities across the U.S.
“We’re not talking about thought content, which is very psychological and individual and personal, we’re talking about the function of thought, which is a formless power that we all share,” says Mills-Naim. “We’re speaking of thought as a formless energy, or capacity, that is spiritual.”
For Mills-Naim, it was the very absence of the spiritual in modern treatment of depression—SSRI’s and psychotherapy that often fixates on the past—that prompted her efforts to share principles-based tools to change our brain chemistry. “It may take time, but certainly that must be a possibility,” she says. “I myself had overcome depression, and now I see that many, many people have.”
For more information visit amichen.com.