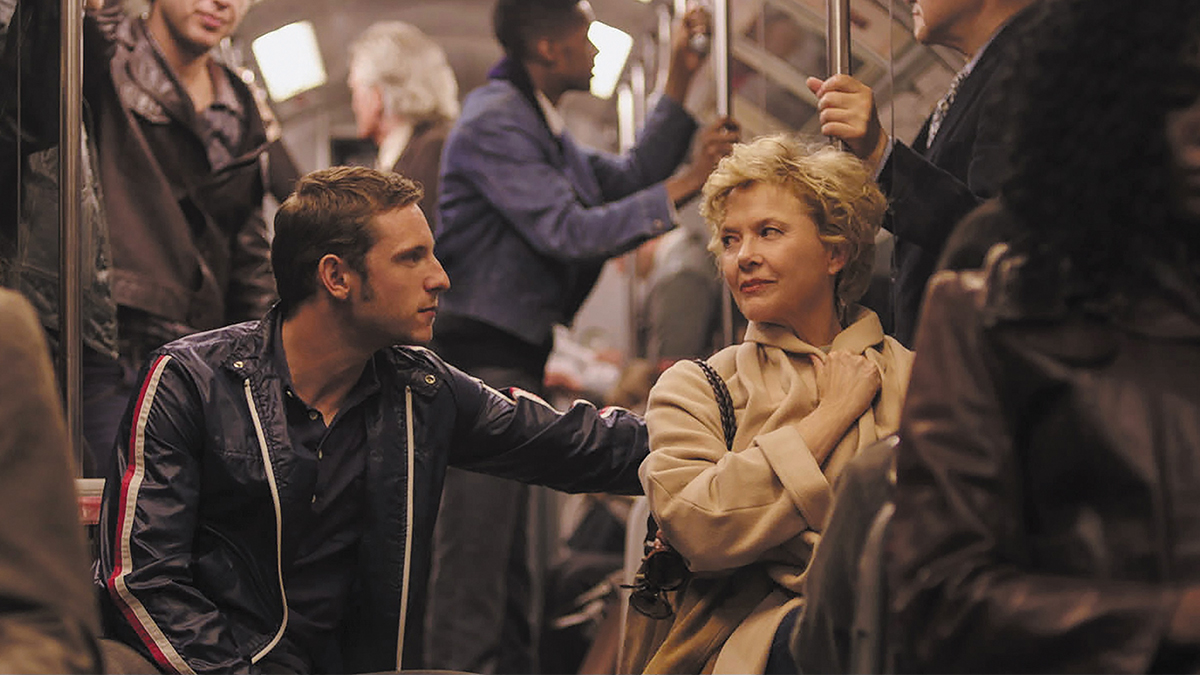 Gloria Grahame is not much remembered these days. She was never as famous a movie star as, say, Marilyn Monroe. But, with her soft, girlish voice, sensual mouth, and trademark pout belying the gutsiness of the characters she played, she was a staple player in 1950s film noir, who is still much beloved by fans of the genre.

But it’s Gloria Grahame in her later years, at the end of her career, who’s the centerpiece of Film Stars Don’t Die in Liverpool. Based on a memoir written by Peter Turner, it’s the story of how Turner, an aspiring young actor trying to break into showbiz, met and fell in love with the veteran actress when she was working in England in 1979. The book is now a movie by director Paul McGuigan, a wistful tone poem about age and celebrity featuring dynamic performances from stars Annette Bening and Jamie Bell.

Scripted by Matt Greenhalgh, the film begins with a prologue in Liverpool, 1981, where Gloria (Bening) is appearing in a local theater production. When she collapses backstage, Peter (Bell) is called to come collect her, and takes her back home to his mum (Julie Walters). Flashback two years to Peter’s first glimpse of Gloria, at a neighborhood lodging house where they have adjoining rooms, running through her vocal exercises in front of a mirror. She invites him in for a drink if he’ll teach her to disco dance, and a friendship is born.

Peter is 28, and Gloria is almost 30 years his senior. But they bond over the craft and business of acting as he squires her around town, and pretty soon they become lovers. When, inevitably, she moves back to Los Angeles, she invites Peter to come live with her in her trailer on the beach at Malibu—a heady fantasy for a lad from Liverpool. He meets Gloria’s doting mother (yes, that’s Vanessa Redgrave, in a one-scene cameo), and waspish sister (Frances Barber).

The film moves fluidly between parallel time frames (a character turns a corner in one period and finds himself in the other), telling the story of how their relationship collapses, only to be reinvented later. The rift that separates them in L.A. is told twice, first from Peter’s viewpoint, then Gloria’s. This works the first time, although when a second, follow-up scene is also repeated, it becomes a little irritating (and the swelling, bombastic music doesn’t help).

However, that Bening’s no-nonsense, often fiercely anti-glam onscreen persona is so different from the kittenish Grahame’s gives the casting its interesting edge. Bening softens her voice a bit to approximate Grahame’s delivery, but doesn’t mimic the other actress. Instead, she digs into the heart of a woman of a certain age whose appetite for life and the work she loves is undiminished, investing her with a vitality and playfulness that plausibly beguiles the younger man. Her love for showbiz is infectious; at the movies, Bening’s Gloria can’t contain her gleeful laughter at the chutzpah of the chest-bursting scene in Alien while everyone else—including Peter—screams and cowers.

There’s another nifty moment when Gloria tells Peter the best acting advice she ever got, from Humphrey Bogart. “Keep it all inside,” she says. “Let the camera come to you.” Clearly, Bell has taken this advice to heart. Many of the movie’s richest moments come from Bell’s still face, perceptibly filling with emotion to which he never quite gives voice. Solid and soulful, he partners Bening beautifully.

Of course, based on Turner’s book, we have only his word that Peter was as gallant and adoring as Bell plays him. (When Gloria and Peter spat in the movie, it’s almost always because he tries to make some light hearted joke that she takes too seriously.) Still, there are moments of emotional truth, especially a key scene when Peter finds a way, however briefly, for Gloria to realize her dream of playing Juliet onstage. And if this movie revives interest in Gloria Grahame’s vintage movies, I’m all for it.